Animal rescue videos are some of the most moving videos you can find on the internet. We brought one of them to show it to you today, and it shows a poor deer being saved. In the video, you’ll be able to see a doe who got run over by a car. She had some serious head wounds, and needed to get help immediately. Thankfully, a man named Simon Cowell, who founded an organization called the Wildlife Aid Foundation, was able to pick her up and take her to receive medical attention.

But helping this deer was not such a simple task. Most people don’t know it, but when rescuing this type of animals you have to be very careful and patient, because they can die of stress at any moment after they feel they’ve been captured, because of a complex condition called “capture myopathy”. Because of this, Simon had to stich her quickly and then take her to the woods to make her comfortable, rushing all the way through. The doe at first seemed to not have any will to get up, but then, she did something amazing. You need to watch for yourself!

Watch this touching rescue video, shown just below! What did you think about it? Tell us in the comments! 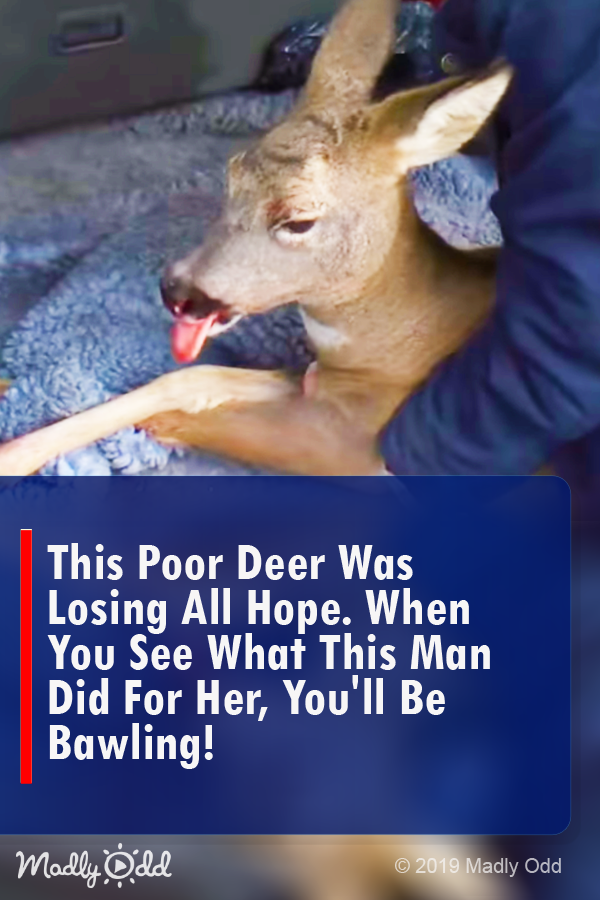