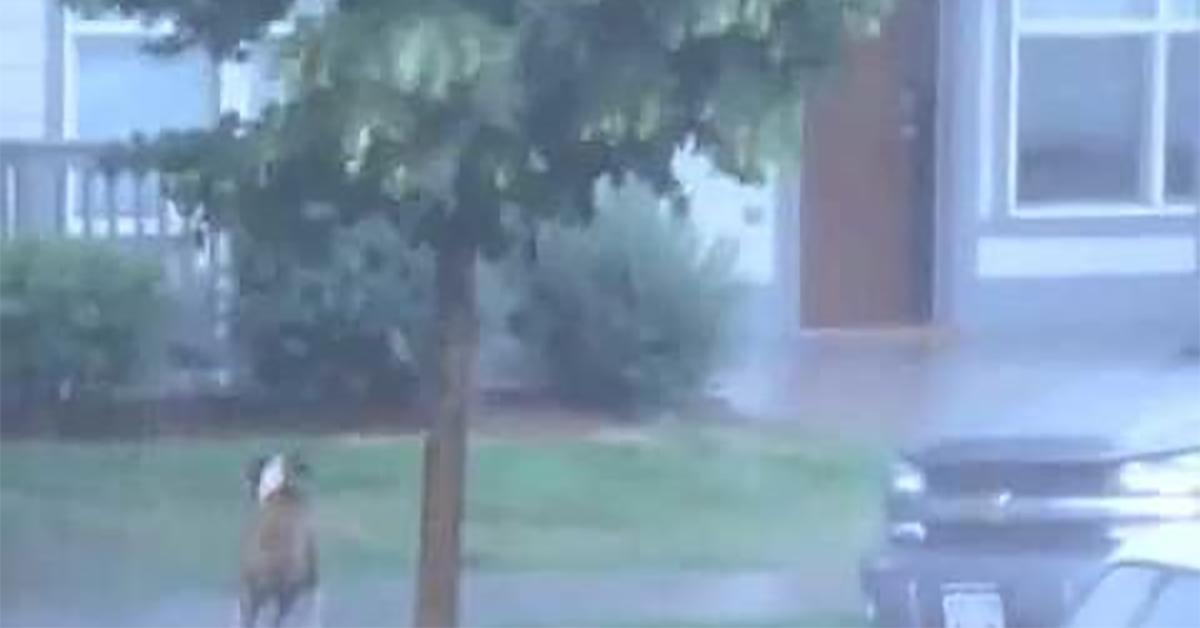 We hear a lot of stories of animals being abandoned. A person might give up on his pet for various reasons. Similar is the case when Casey Boatman, who was running to shut his windows, finds out that his one of his neighbors has abandoned his dog during a violent and dangerous rain and hail thunderstorm in his Denver, CO neighborhood.

He noticed the dog all helpless in the thunderstorm, as he peered out of the window. Before Boatman could run out to help the dog, he saw another neighbor stepping up the plate to save the dog’s life. This video, which was posted by Boatman shows the act of animal kindness and also inspires people to rescue such animals that are in need.

Boatman noticed the beautiful Boxer outside, tied under a tree, but in front of a neighbor’s house, not the dog’s owner’s home. Before he could rush out to get the dog during the hail storm, the woman in the house across the street came out to save the dog. He filmed the whole thing, and I’m sure he thanked her later.

She runs out barefoot in a rain and hail storm and tries to untie the poor dog. He’s very friendly and happy to see her. She can’t get the rope untied, so she runs back in the house, leaving her door open, and returns with a knife. Wait till you see her rescue this poor dog, sitting quietly in the storm. He never even barked.