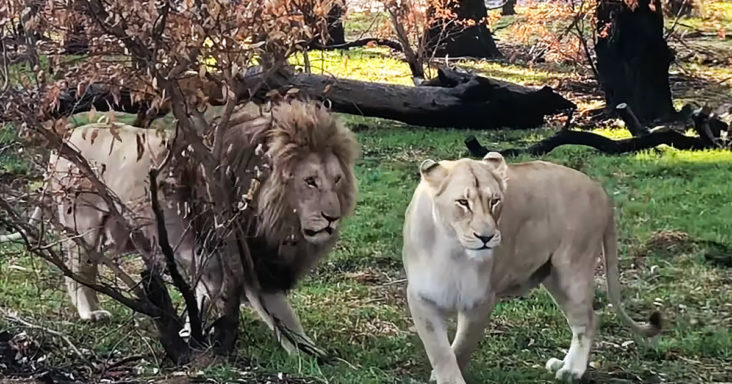 The Glen Garriff Lions Sanctuary has around 77 lions under their care. It is a non-profit organization that is committed to protecting African lions. It is situated in the Harrismith area of South Africa. 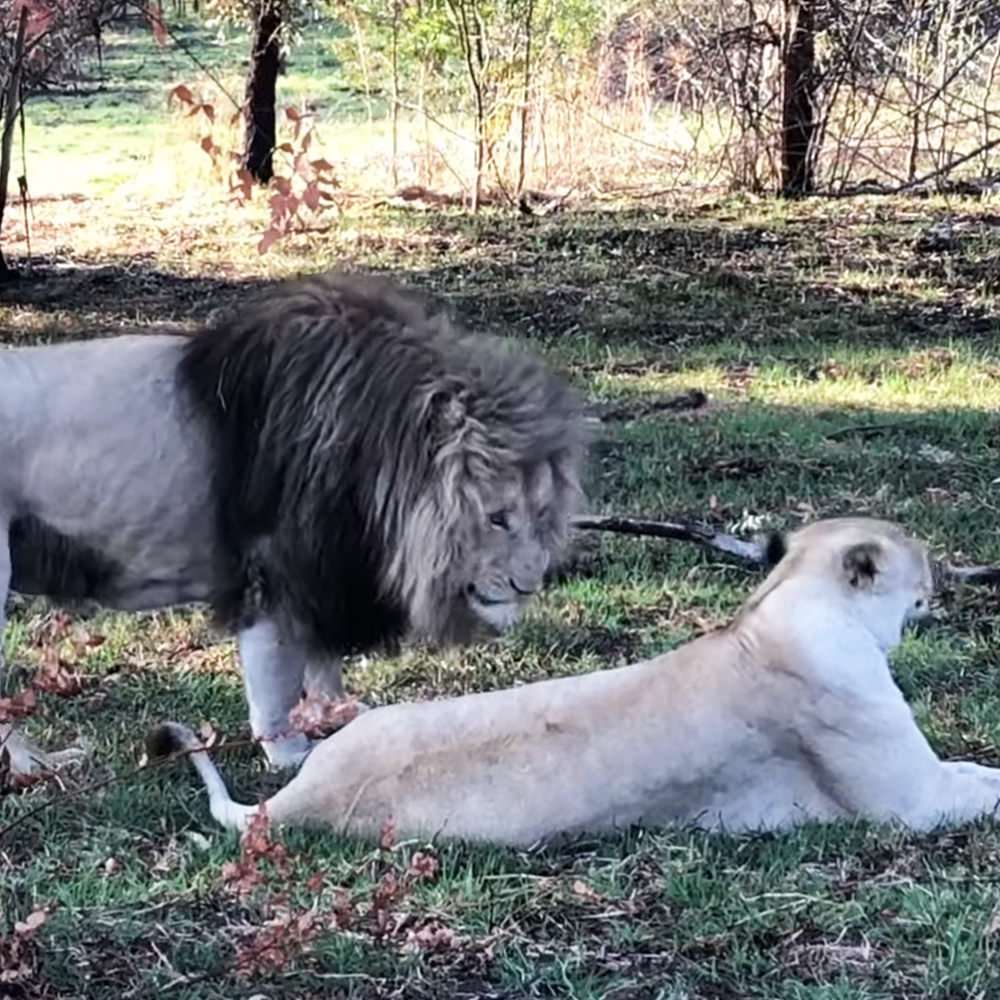 GG offers visitors a chance to see these majestic animals in their natural habitat. The lions live here with their pride or families in the natural environment. They are even allowed to mate. However, according to the Lion Sanctuary Regulations, necessary steps are taken to prevent the birth of young ones.

Shadow and Venus are one such lion couple from The Dam Camp Pride. They were recently seen together by visitors at the sanctuary. The lion is very possessive about his lioness. So he kept an eye around to see if any pride member was trying to come close to her. 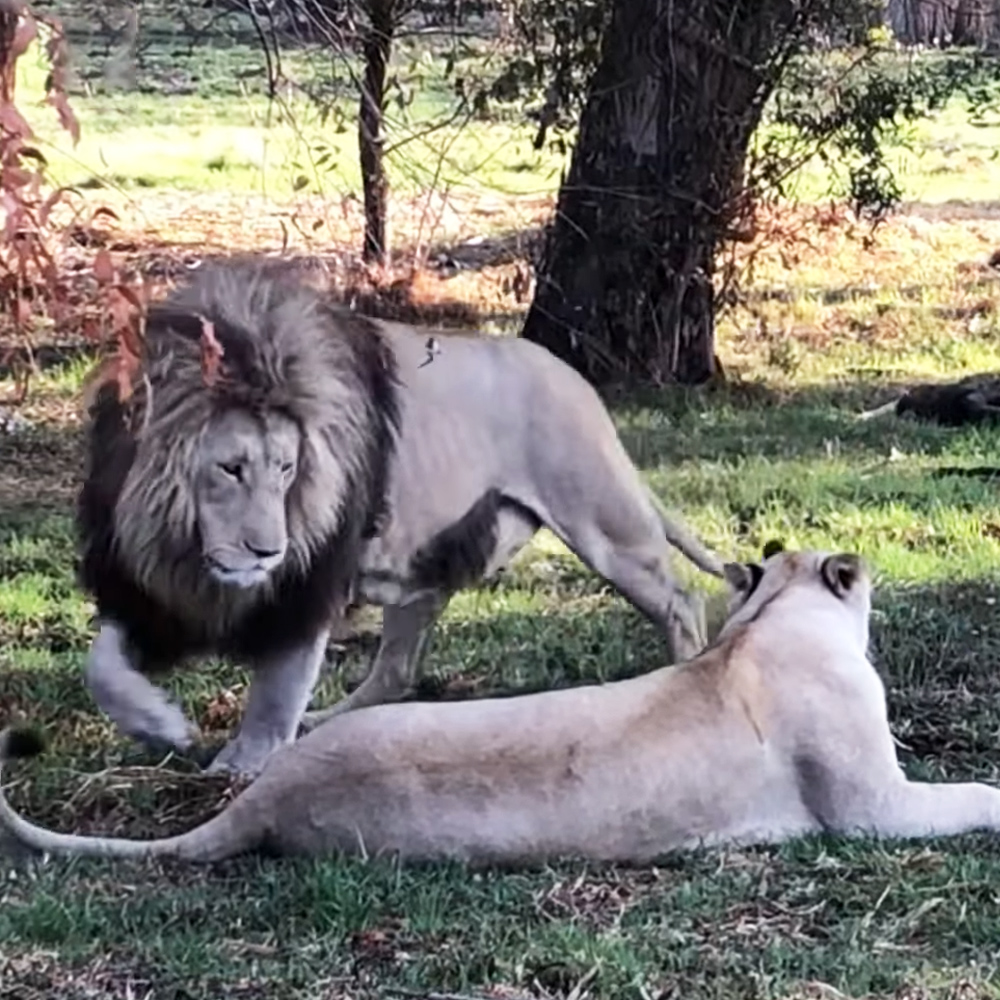 According to caretakers of the sanctuary, lions become very possessive after claiming the right to mate with the lioness. The lion would follow the lioness and not even allow any pride member anywhere near her. Not even other lionesses are allowed to come near.

Shadow and Venus enjoy their leisure time lying on the grass and are in a relaxed mood. The lion is trying to be close to the lioness and wants to show her affection. However, the lioness wants to be left alone and roars at him. 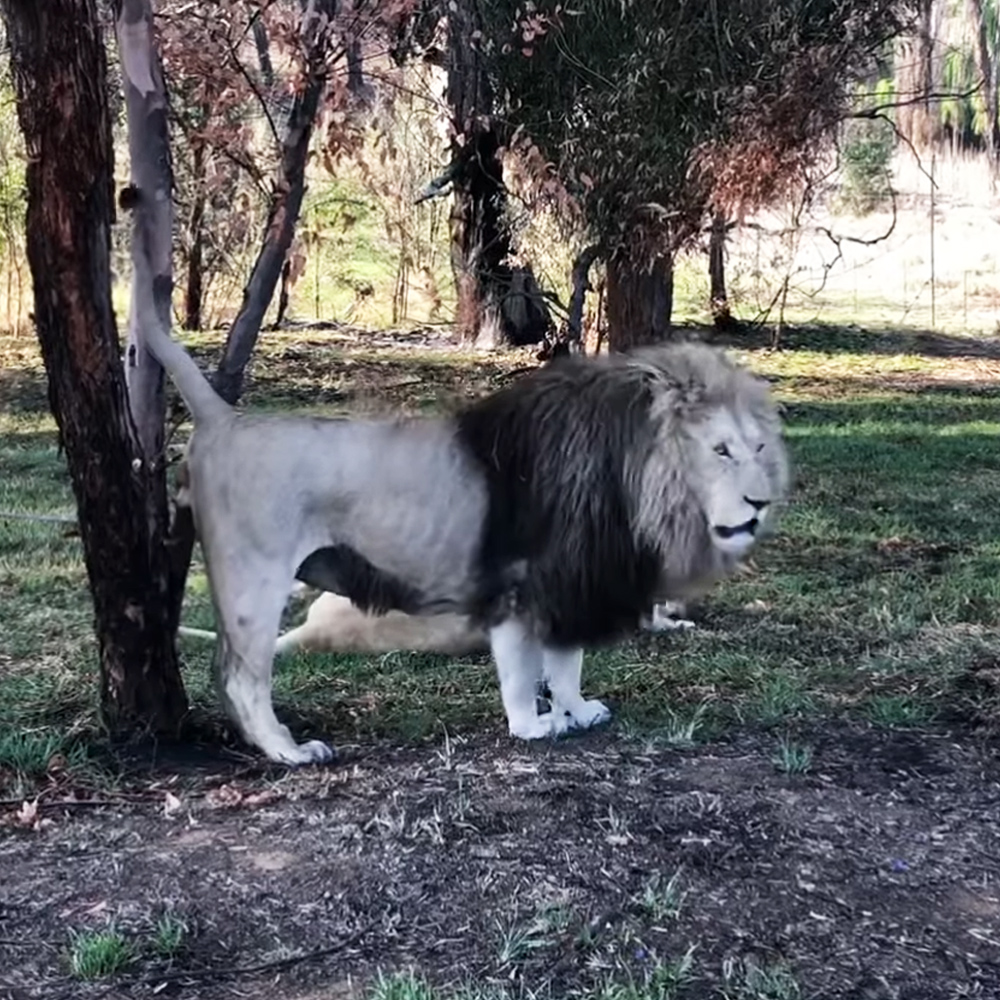 She even moved far from him, thinking his boyfriend would leave him alone, but the lion was not going to budge. So instead, he just followed her around like a possessive boyfriend trying to be close to his girl.

The sanctuary is a haven for nature lovers and wildlife enthusiasts who want to see these majestic and beautiful animals living in the natural environment. It is almost 1000 ha in size and offers a vast area of protected land where these animals can live peacefully.