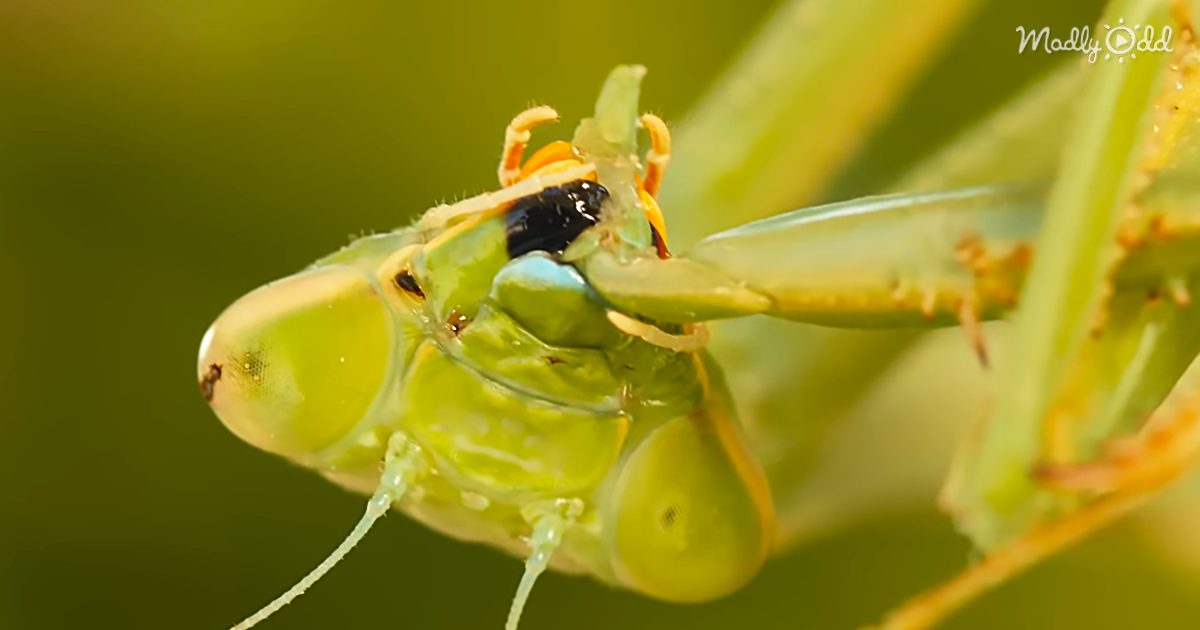 A female praying mantis will attack any male that comes nearby. Even when the male gets eaten, he might still be able to finish the mating process.

Praying mantises are some of the weirdest bugs in the animal kingdom. The females are almost twice the size of the males, and will often eat their paramours to fuel the creation of their egg sacks.

Death might not even stop the mating process. “When a male mantis loses his head,” says the video description, “it doesn’t mean he loses the urge to procreate. You read that right. Not only can some male bordered mantises continue mating even while being attacked by their female counterparts, some males are able to mount a female and initiate mating even after getting their heads completely bitten off.” 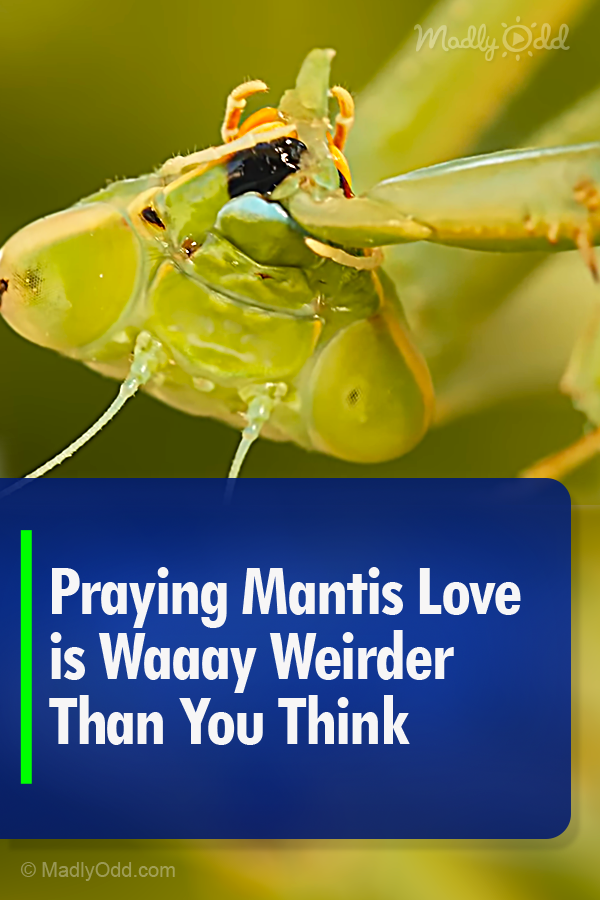