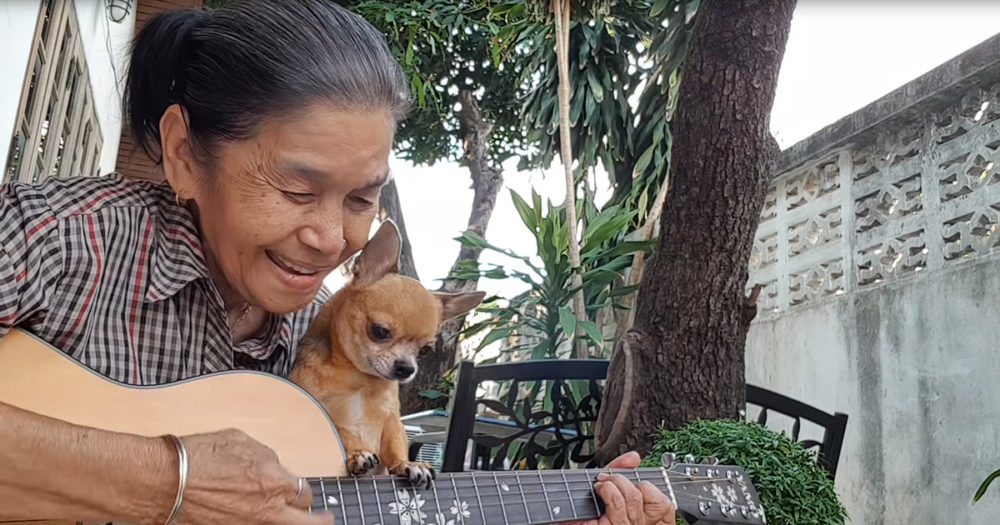 Music is the perfect way to express yourself. Whether you’re the one listening or the one making the music, it can be therapeutic. A woman named Malinda Herman chose to cover a dark song and brought a bit of light to it.

Singing a song called “The Sound of Silence” by the rock group Disturbed, Malinda Herman is joined by her adorable pet chihuahua. Sat in a beautiful outdoor patio with the sound of birds chirping in the background, Herman begins to strum.

While she doesn’t change any of the words, the energy and vibe Malinda puts out makes the depressing song sound joyful. It doesn’t hurt that her precious puppy is along for the ride, and politely sits on the edge of the guitar.

Malinda has gained a large following online and currently has over one million subscribers on Youtube. Hearing her sing a song like “The Sound of Silence” shows that anyone can sing anything they like. What do you want to listen to her sing next? 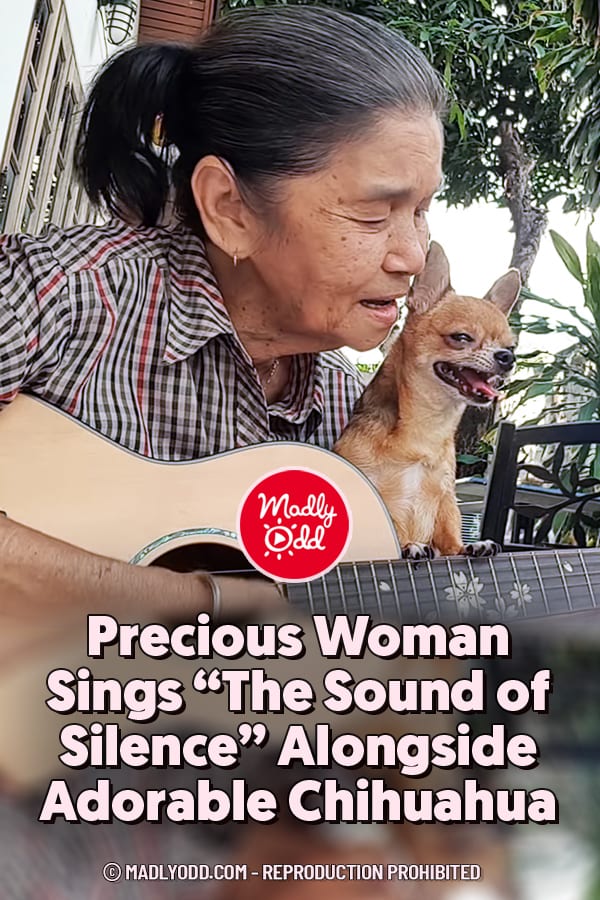