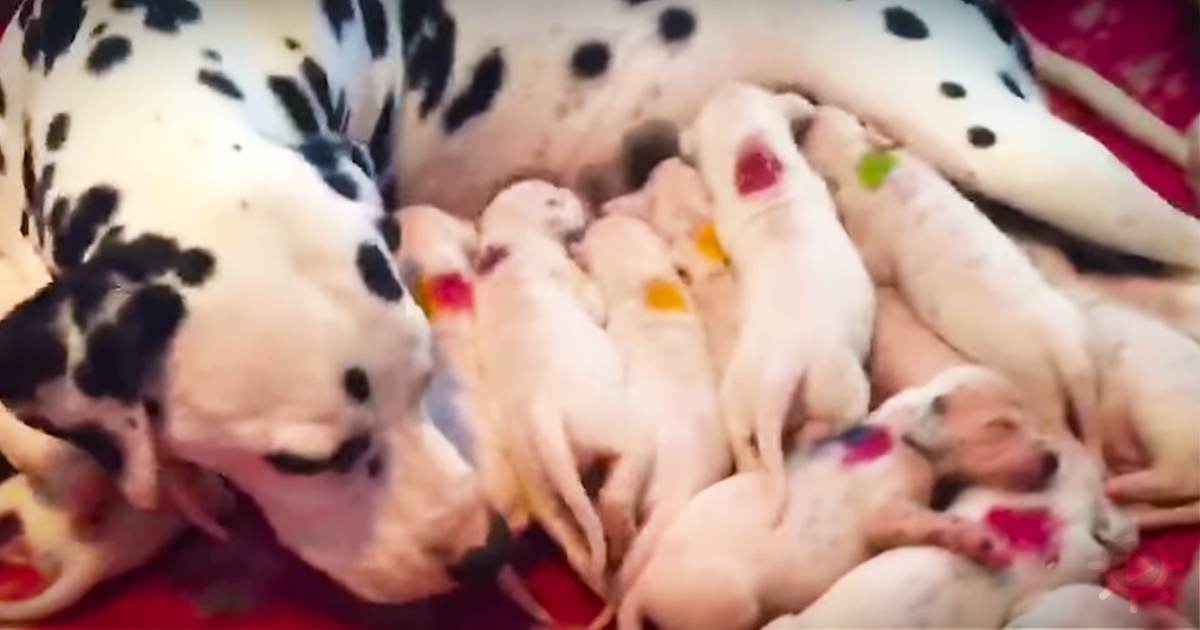 There were real life 101 Dalmatians scenes after a pedigree pooch vets thought was expecting three puppies gave birth to a record-breaking 18-strong litter.

The huge brood – the biggest in Australian history and equal to the current world record – was born to three-year-old Dalmatian mother Miley in Ballarat, Victoria, last month. Breeder Cecilia Langton-Bunker said the ‘fairytale’ posse of puppies, who initially needed bottle-feeding every four hours, draw constant comparisons with the Disney flick.

But the 12 female and six male pups, whose mum and dad are both first time parents, were all the more surprising because vets initially predicted just THREE bundles of joy. Cecilia, 43, who runs CC Dalmatians, said:

“The vet expected to have about three puppies, and everything was going smoothly. Then, the vet realizes he has made a mistake! I knew there would be more, but this is crazy… and I love every one of ’em!” 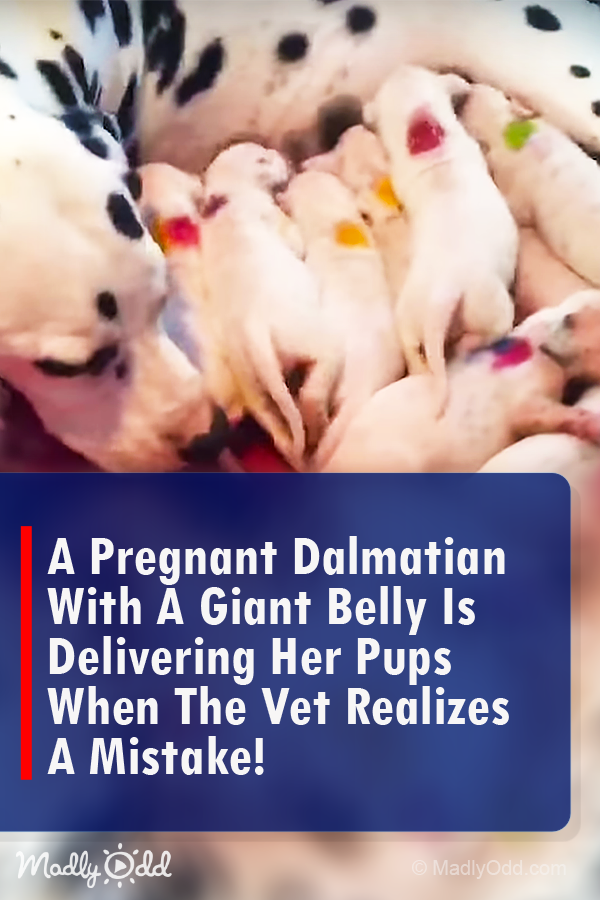