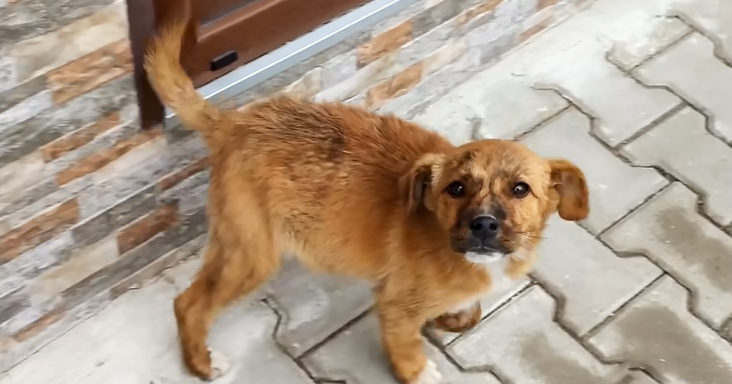 An abandoned puppy in Bulgaria had a stroke of luck when he came across Stoyan and Dessy. The couple is known for being animal lovers, and did not hesitate to help.

In this story, they find a stray puppy while waiting at the grocery store. As they play with the pup, they realize that the little guy was most certainly abandoned.

Stoyan and Dessy left a few sausages for him to eat, but this cute little guy followed them. He kept looking at them with a lot of hope as if he was telling them to take him home. 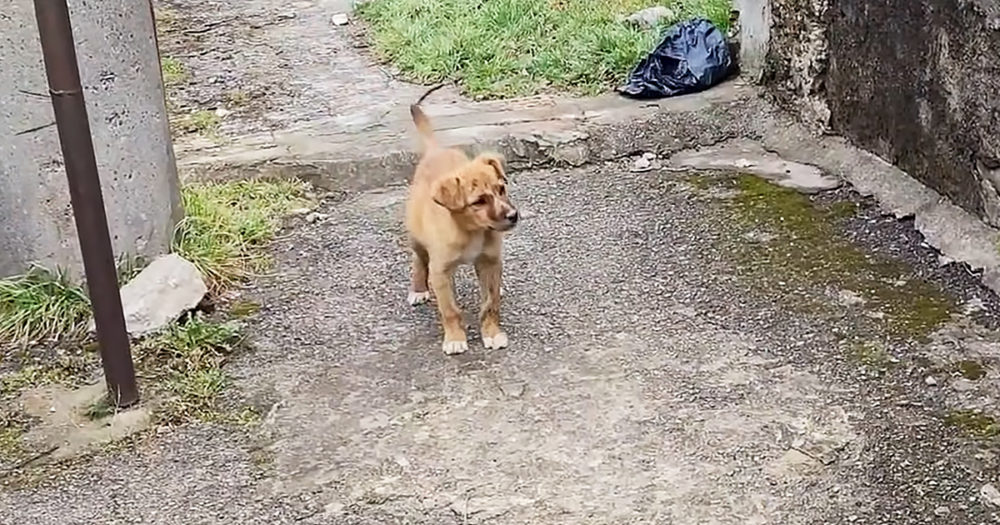 He followed Dessy and came very far away from where they had met him. The puppy followed them home but was a little hesitant to go in as all the doors were closed for him before then.

The puppy did not understand what to do. However, this was a happy beginning for the young one. The couple invited the puppy inside their house, and Dessy prepared some food for him.

After feeding him, the duo decides to give the puppy a bath as he is filthy. The puppy was so thirsty that he immediately started to drink water from the tub. No one had even offered him water. While taking a bath, he was afraid at first, but he quickly got accustomed.

Stoyan and Dessy knew he was not a special breed, but he surely deserved to be loved. So, the couple adopted the puppy, and he has now got a loving family who takes care of him.