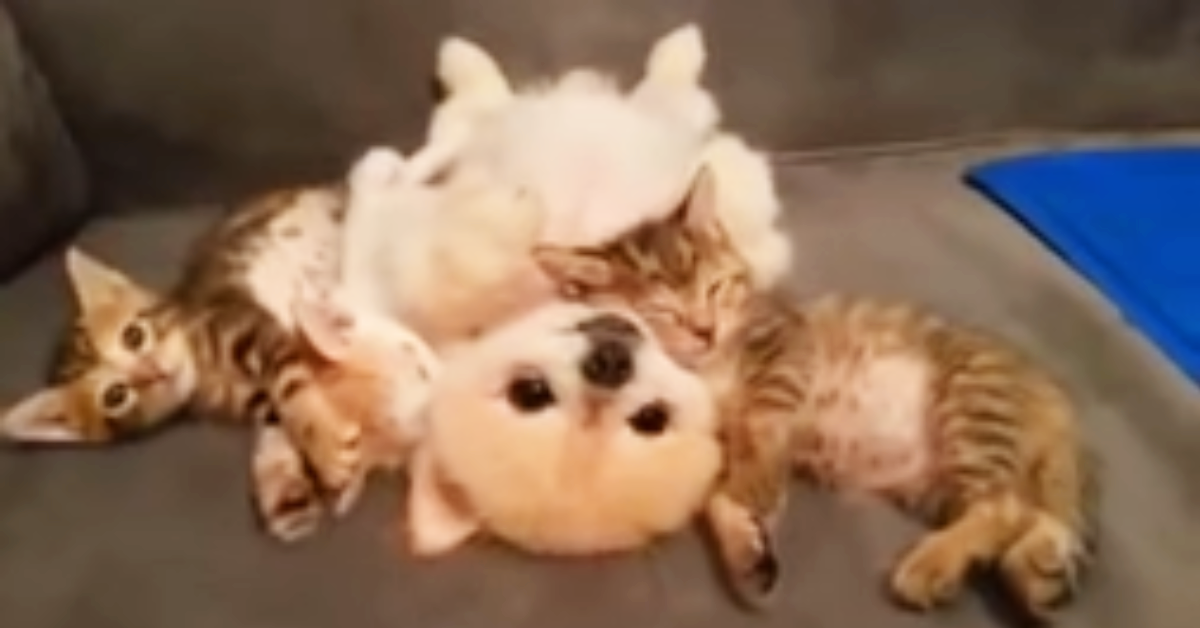 In the video we’ve posted below, you’ll see that an adorable fuzzy fur puppy has made friends with three outrageously cute tabby kittens.

It was nap time, and everyone was lying on their backs. It doesn’t get much cuter than that! The kittens are happily snoozing and probably will be for the rest of the day.

The puppy, however, is wide awake. She’d surely like to go and do other things; maybe have a bite to eat, play with a ball, or chase her tail. But she’s stuck…

She doesn’t want to disturb her feline friends. It would seem that, not for the first time, the cats are in charge! One kitten wakes up and does some stretching but then it’s right back to sleep. The other two kittens are startled awake for a moment but instantly nod off.

The human parent filming this charming scene gives the pup a few gentle pats, but she’s determined to stay there unmoving, lest she wakes one of the kittens.

A while later, the kittens have moved around, and one of them is now using the puppy’s neck as a pillow!

Hard not to like the world’s most considerate puppy. Give us your thoughts in the Pinterest comments and be sure to pin and share this heartwarming story if you liked it. 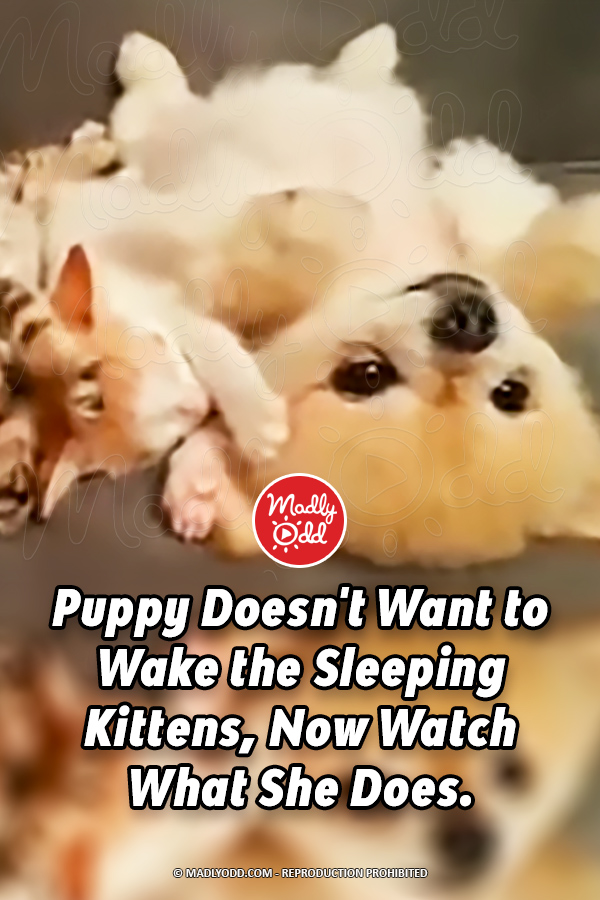