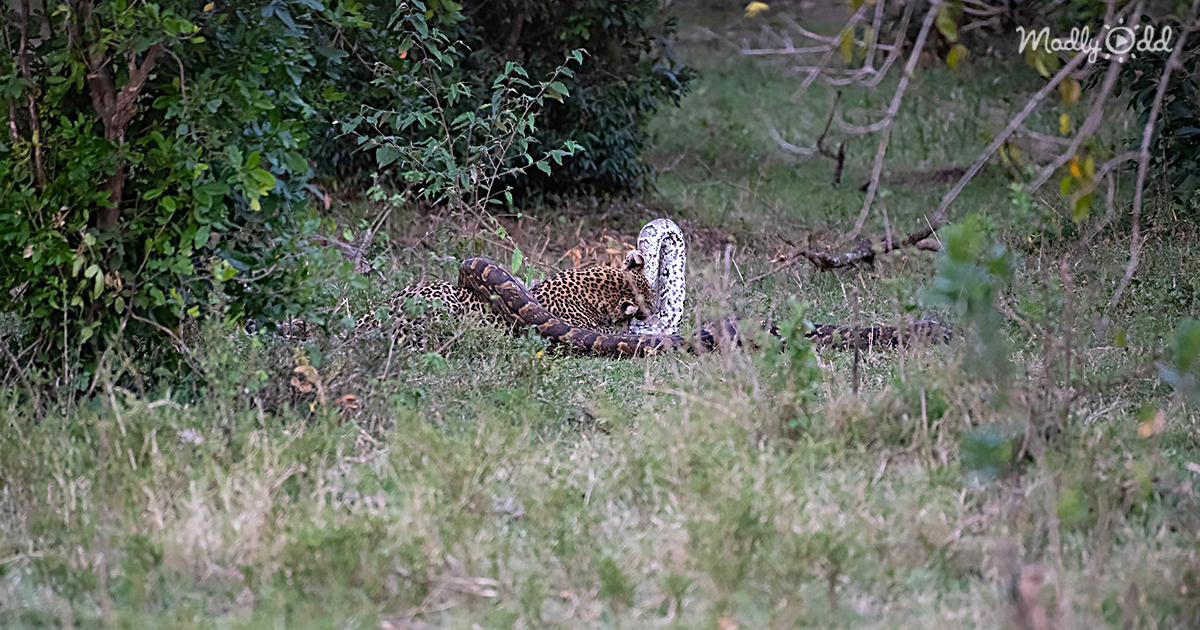 A giant python and a leopard battle it out on the savannah. During the fight, the python constricts the leopard while the big cat fights back.

While out on safari in Kruger National Park, a group of tourists saw an amazing sight: A python in the underbrush was fighting a leopard. While they watched the giant snake constricted the leopard while it fought back with tooth and claw.

One fan noted that while we think the python is the one in attacking, it’s actually the leopard: “The leopard was actually hunting the python. Pythons or any snakes really are not made for a sustained fight, they rely on the element of surprise. If you notice, the leopard has zero fear.”