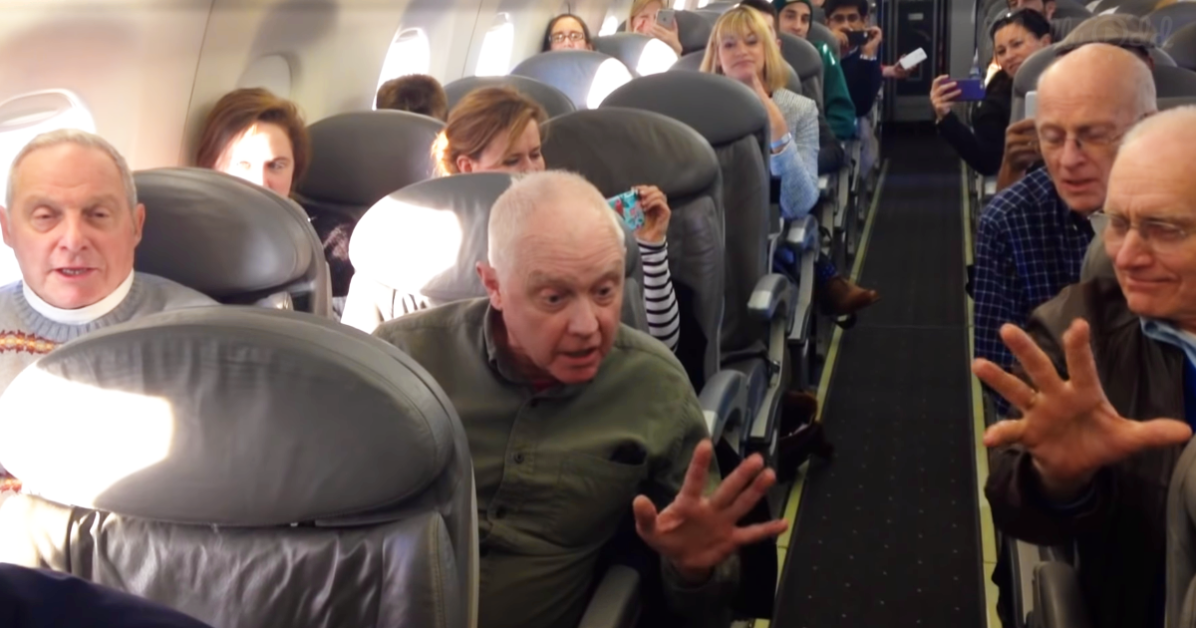 We take flight as a means of transport for granted most of the time. It is a fast way to reach a destination that could otherwise take days. However, for whatever reason, mechanical, malfunction or possibly bad weather, sooner or later all airlines experience delays in take-off.

These passengers have been hit with an annoying delay in their flight and they are becoming restless in their seats. Flying can be stressful to many people and so added inconveniences like this don’t sit well. Tempers can fray as they become more frustrated, despite the efforts of the cabin crew to alleviate the situation. 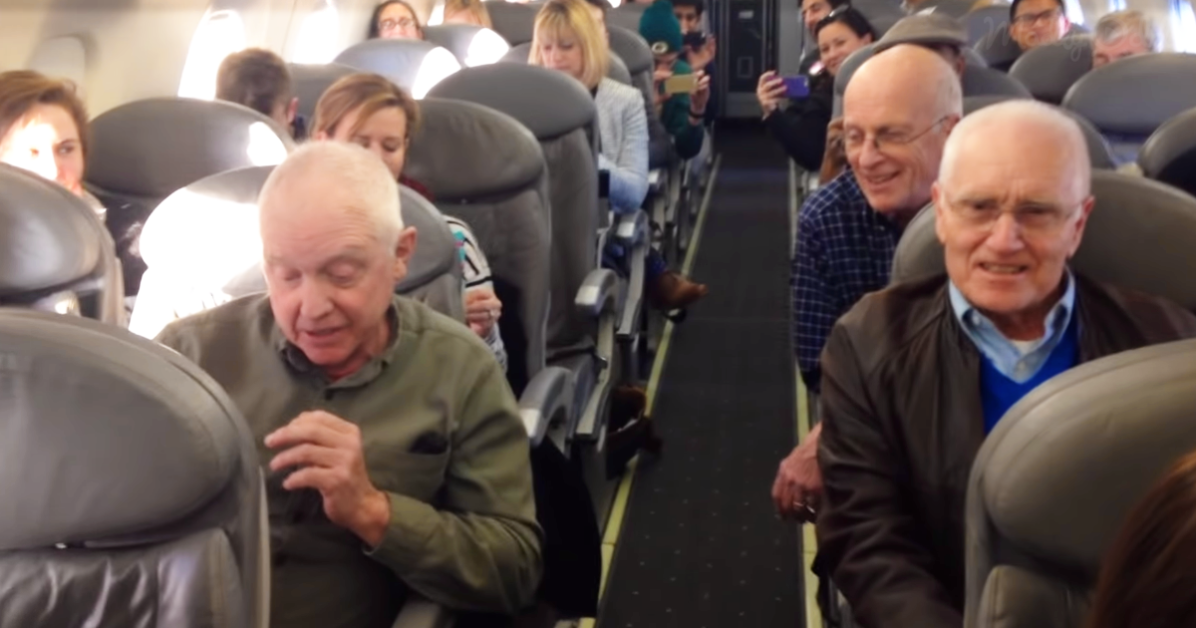 So, when these four lovely old fellows started singing a capella, harmonizing beautifully with each other, some smiles began to appear. Totally out of the blue, the elderly gentlemen launched into a rendition of, “Under the Boardwalk”.

They soon had the attention of the rest of the passengers who were looking very appreciative and more settled. Many can be seen recording the spontaneous performance, hopefully to share with their friends.

And no wonder they harmonized so well together, the talented foursome is, in fact, an award-winning barbershop quartet, the Port City Sound, from Maine. When the rousing song came to an end, the other passengers begin applauding to show their appreciation at the pleasing distraction.

How lucky were those passengers on that flight? There is no doubt that the thoughtful foursome helped ease the frustration of the delay.

Watch their hilarious encore performance below, guaranteed to make you laugh:

If the spontaneous performance of this popular old song by Port City Sound brought back memories for you, share their video with someone you love to spread the smiles around.