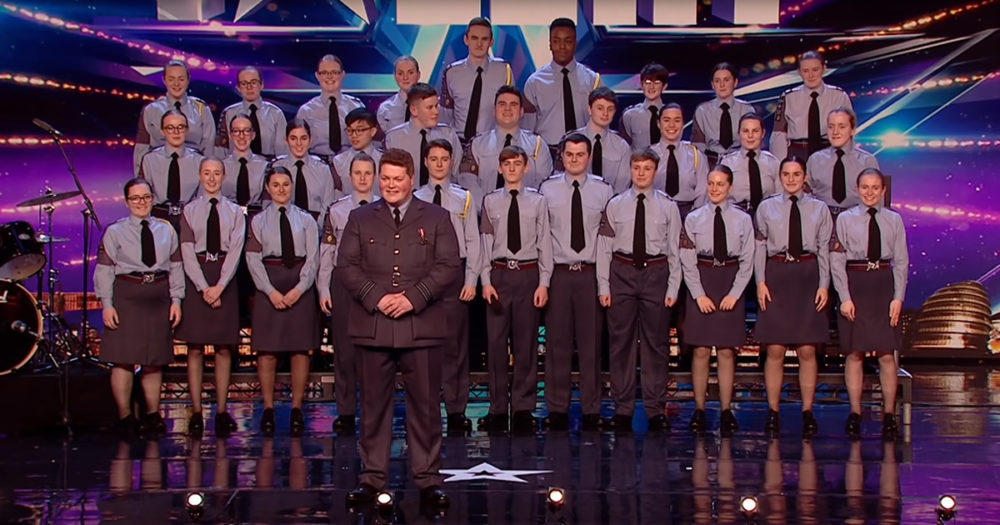 The Royal Air Force Air Cadets, better known as RAF, has an incredibly talented choir. RAF is for volunteers between the ages of 13 and 20. They are part of both the Air Training Corps and the Combined Cadet Force.

Recently, the RAF Air Cadets National Choir performed on Britain’s Got Talent. Performing an energetic rendition of two songs from the wildly influential group, Queen. They chose to start off their act with a heart-pounding cover of “We Will Rock You.”

Next, the talented boys and girls gave Queen a run for their money with a dynamic version of “Fat Bottomed Girls.” With out-of-this-world harmonies and outstanding instrumentals, there’s no wonder this group is as beloved as they are.

To close out the show, RAF Air Cadets National Choir traveled back to 1984 with a cover of “Radio Ga Ga.” The audience never grew tired and were clapping along the entire time. It looks like the gifted teens had a blast with such an entertaining performance.