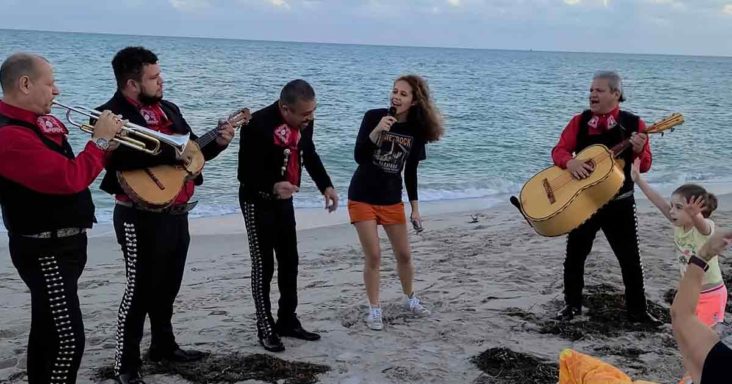 There’s always music at the beach, whether someone’s BlueTooth speaker blasts a country or hip-hop song or a random guitar player strums familiar chords. This beach near Miami had some unique music to celebrate a Grandmother’s birthday. 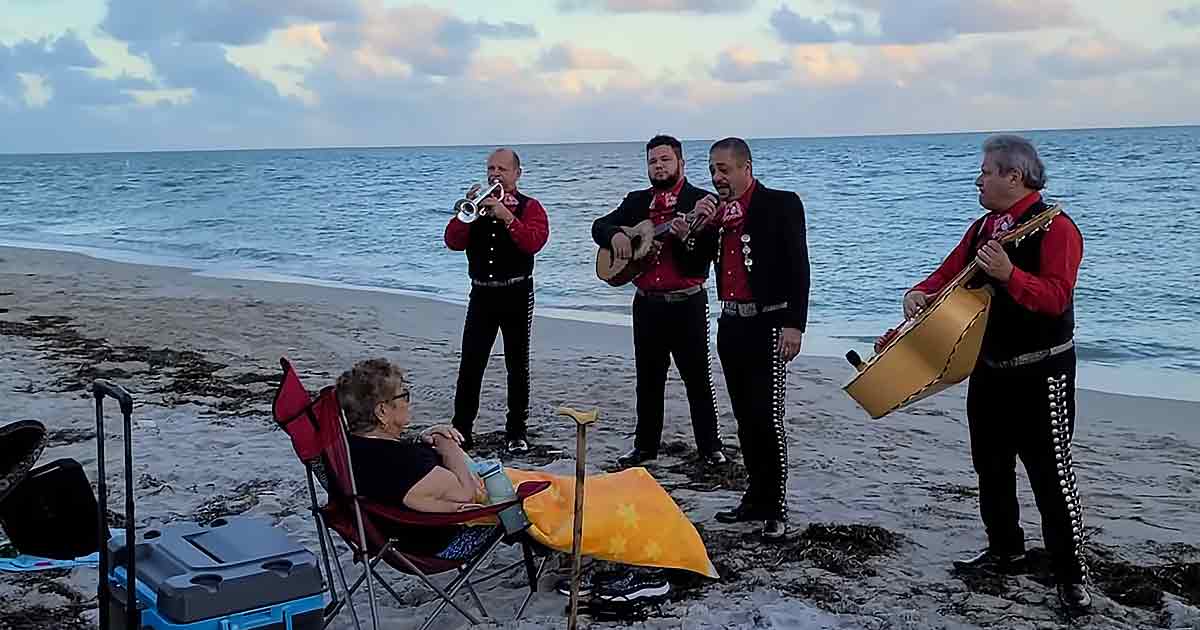 The family decided to honor their Grandmother’s birthday by having a full Mariachi band perform for her on the beach. She is enjoying their singing as the waves hit the shore.

A younger girl named Anyelina Talavera joins the scene to clap along and film some random shots for a music video she is making. Little did she know she would stumble upon her own viral moment!

The lead singer from the Mariachi band asks if anyone sings, and Anyelina Talavera jumps up from the small beach crowd. She begins singing a song from the megastar ‘Selena’ titled, ‘Como la Flor.’ 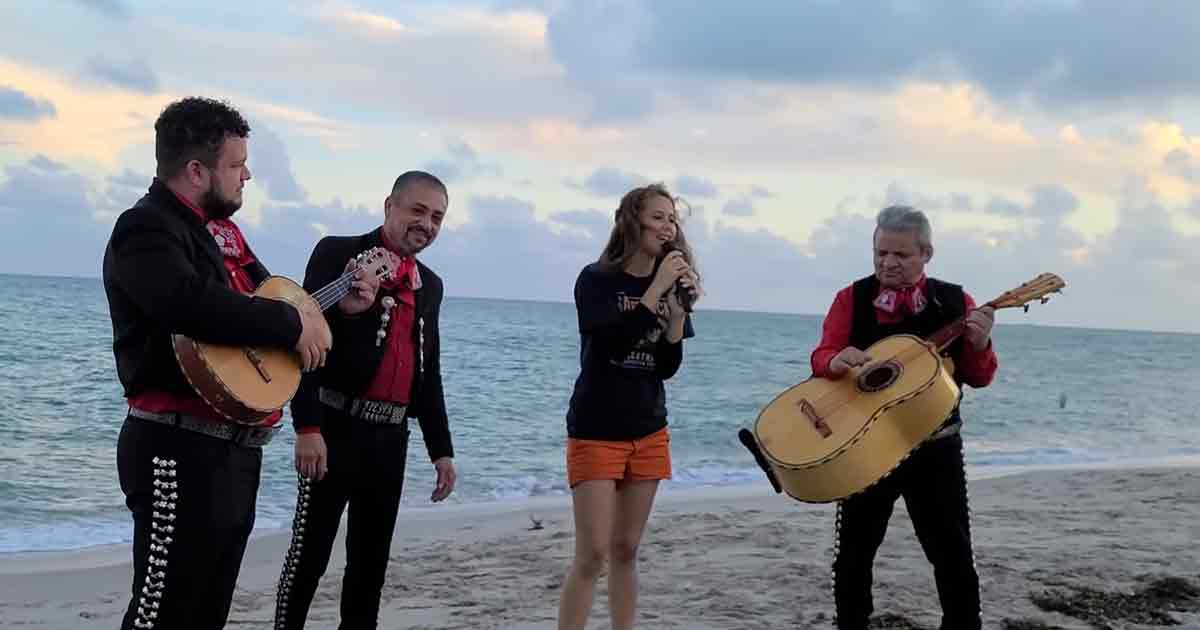 The beach audience claps along with this performance by the water. The leader of the group conducts the ending, and everyone lands together on the final note. This birthday salute ends with another little girl grabbing the microphone and singing many Disney songs for her Grandmother.

The random viral beach performance from Anyelina has been viewed millions of times. Her ability to just step into that setting and nail the song has been the reason everyone watches. 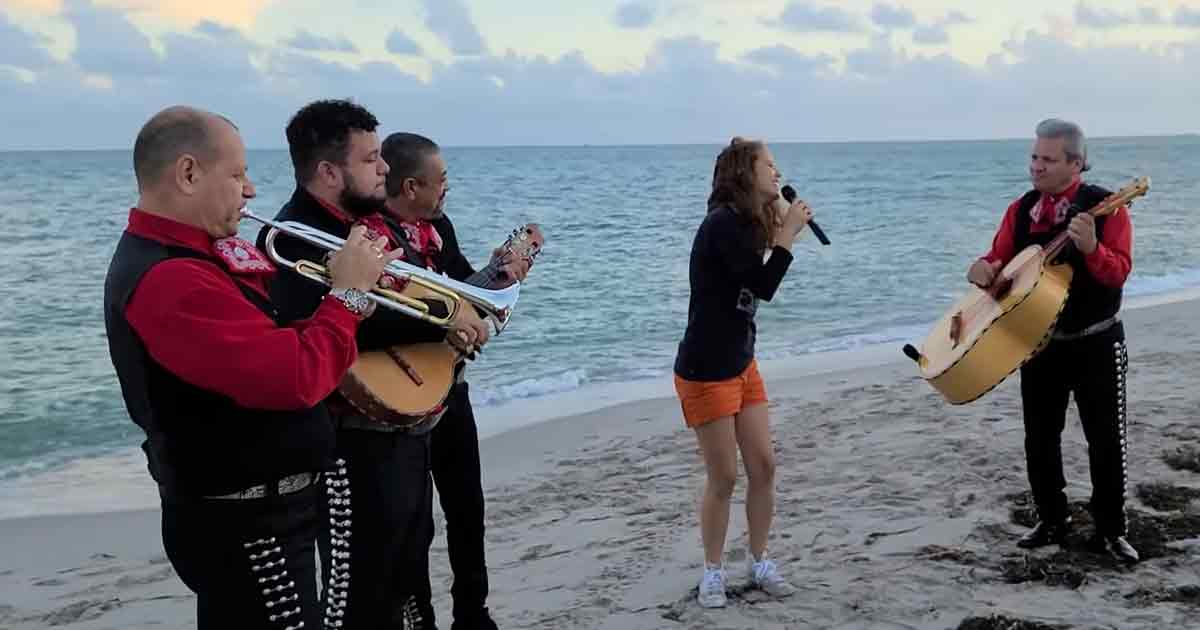 Imagine working with a band you’ve never seen before, setting the key and tempo, and then running with it! The end result seemed like they practiced for hours together. At one point, Anyelina and the lead singer even harmonize together in an unplanned but perfect moment.

Some say true talent is hard to find, but on this day, an amazing singer was simply dancing on the sand before being discovered by the world. It is an organic, spontaneous musical expression that will brighten anyone’s day!