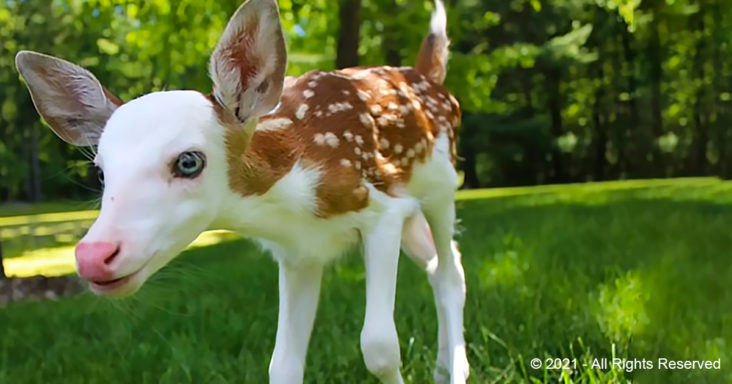 A rare fawn finds a new home in Michigan. The white-faced fawn was previously rejected by his pack.

Dragon is one of the cutest fawns you will ever meet. He is a white-faced fawn, and has rare markings due to a condition called piebald. This difference is incredible to see in person, but comes with a few disadvantages.

The markings of a deer with piebald makes them stand out like a sore thumb. Camouflage is next to impossible, so their survivability is low.

Because of this, Dragon was rejected by his mother. Thankfully, a few good Samaritans in Michigan had a farm and took in the rare fawn. He has a new home, and is already making friends with the many different animals in the area.

Piebald makes it difficult to survive out in the wild with predators. But it’s this uniqueness that makes Dragon one of a kind, and the prettiest fawn on a large farm.

You can find him frolicking about and being curious about his new farm. Just like a cat, he’s curious, and more than willing to make new friends. It’s a happy ending to a story that will be told for years. 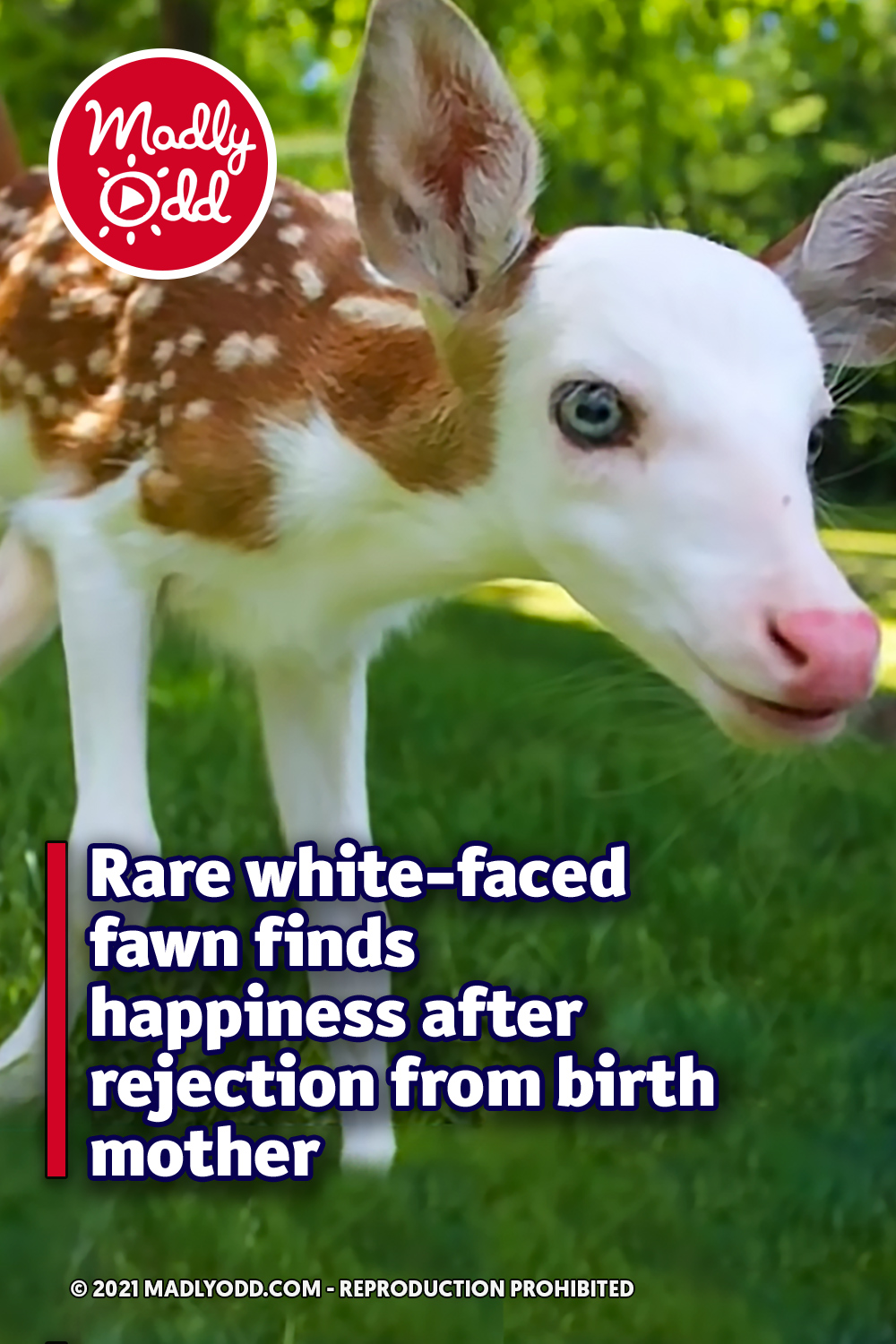