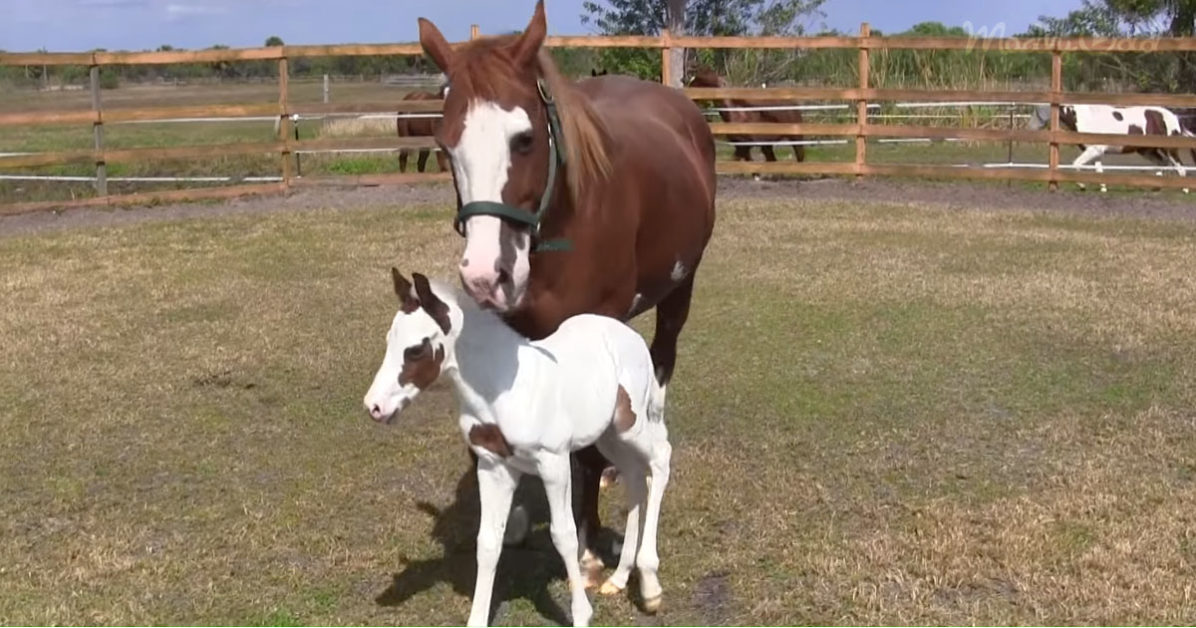 Scott and Jackie Nelson were surprised and delighted with the recent birth of a special little filly that they have named, Coconut. The couple has a reputation for raising prize-winning paint horses on their riding ranch at Melbourne, Florida.

This little filly was born with a rare color pattern called tovero, with a medicine cap. To the indigenous peoples, these extremely rare markings are only found on a warhorse, which was exclusively the prized possessions of the tribe’s medicine man. 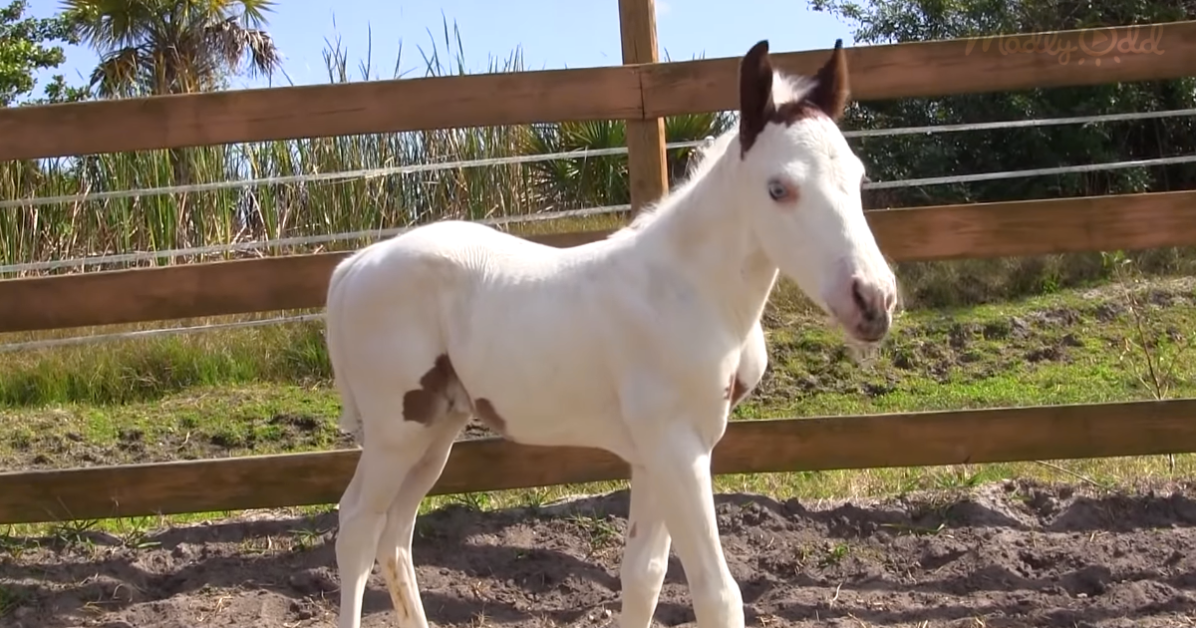 A pinto displaying these rare and prized markings is a white horse with a small, colored pattern covering the top of its head and its ears, referred to as a ‘war bonnet’ or ‘medicine hat.’

A warhorse was considered even more valuable if it exhibited one blue eye, called a ‘sky eye.’ The indigenous culture believes that the blue eye of the war horse would carry the spirit of the medicine man into the afterlife if he were killed in battle.

The medicine man was not only a healer but was also revered as a spiritual leader. His role was to safeguard both the spiritual and physical health of the tribe. The mythology held that the war horse would protect not only their medicine man but the entire tribe from danger and so they were closely guarded.

In fact, so valuable were these horses that members of other tribes would steal a war horse to weaken their rivals and transfer the strong medicine of that tribe onto their own people.

Scott and Jackie were amazed when they recognized this unusual pattern on their new filly, their very own baby warhorse. Very lucky folks indeed.

If this horse took your breath away, then please share Coconut’s video because she is indeed a beauty to behold.