Whenever I go to a sports event, I always dread being chosen for the kiss cam. It can feel like a lot of pressure to perform in front of a large audience. But if I and my man were up there, I’d just go for it! But when the guy in the video not only ignores his girl but is rude about it, I’m so happy she got the sweetest revenge.

When the guy in the Boston Celtics sweatshirt appears on the Kiss Cam, he’s busy talking on the phone. His girlfriend notices that they’re in the spotlight and tries to get his attention. She taps him on the arm but he lifts up his finger and says, “One minute.” Before he realizes his mistake, the Kiss Cam goes to the next couple. 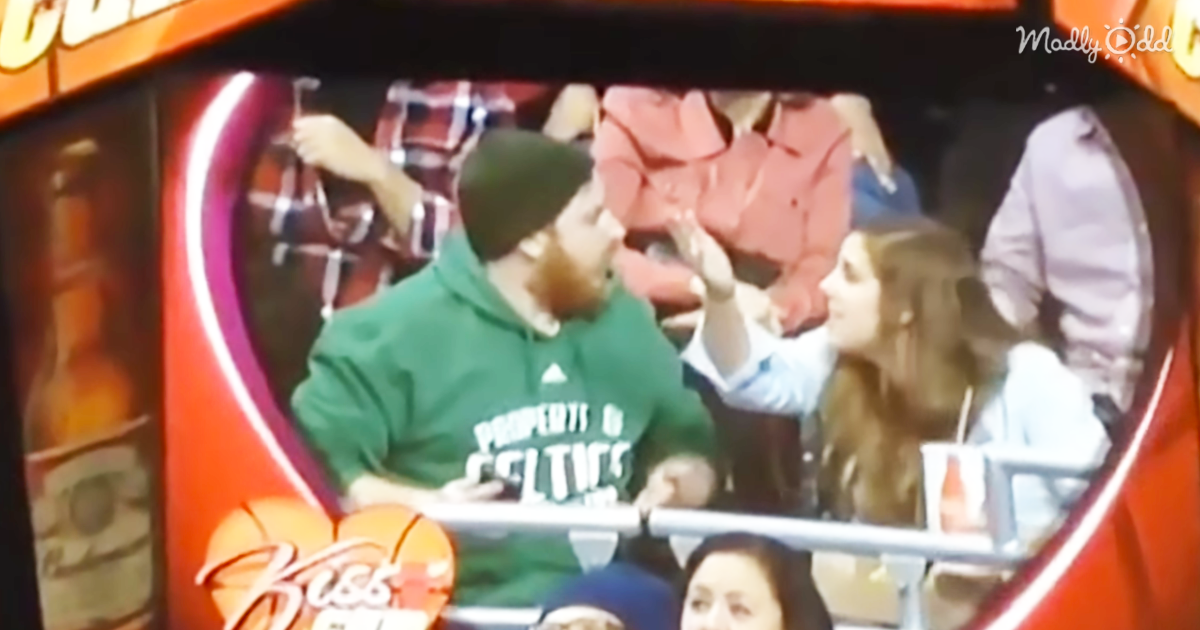 But after a few rounds of kisses, the camera goes back to the guy in the Celtics sweatshirt. His girlfriend tries to get his attention again, but NOPE! He denies her the kiss one more time. A few more rounds go by. Then it’s the same couple again. This time she starts punching his arm in order to get his attention.

But the Chicago Bulls mascot, Benny the Bull, isn’t about to let that girl go unkissed! At the 1:10 mark in the video, Benny comes charging over. He’s seeing red. He taps the punk in the sweatshirt on the shoulder and picks up the guy’s girl. He grabs her soda and pours it on his head. Then, Benny, the Bull picks her up and carries the damsel in distress away! 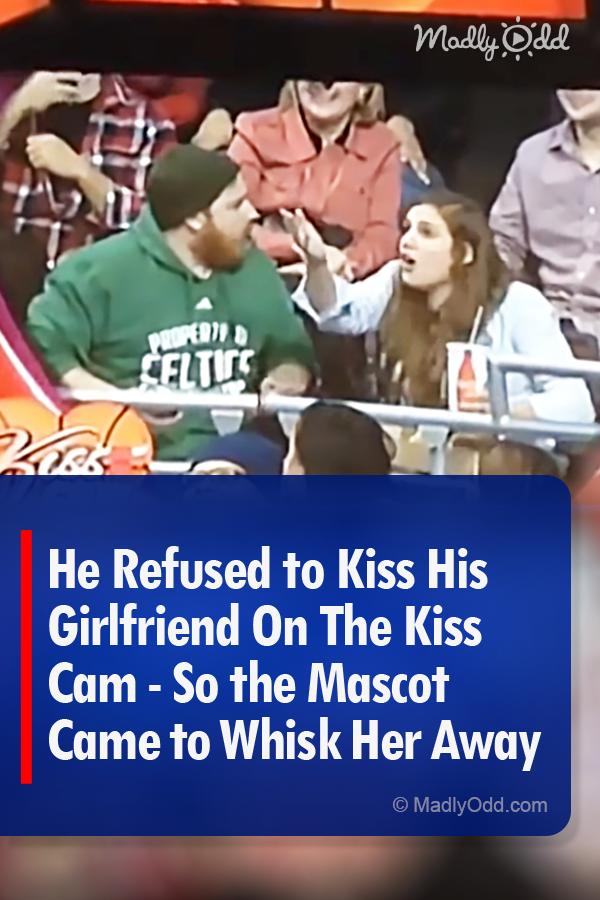