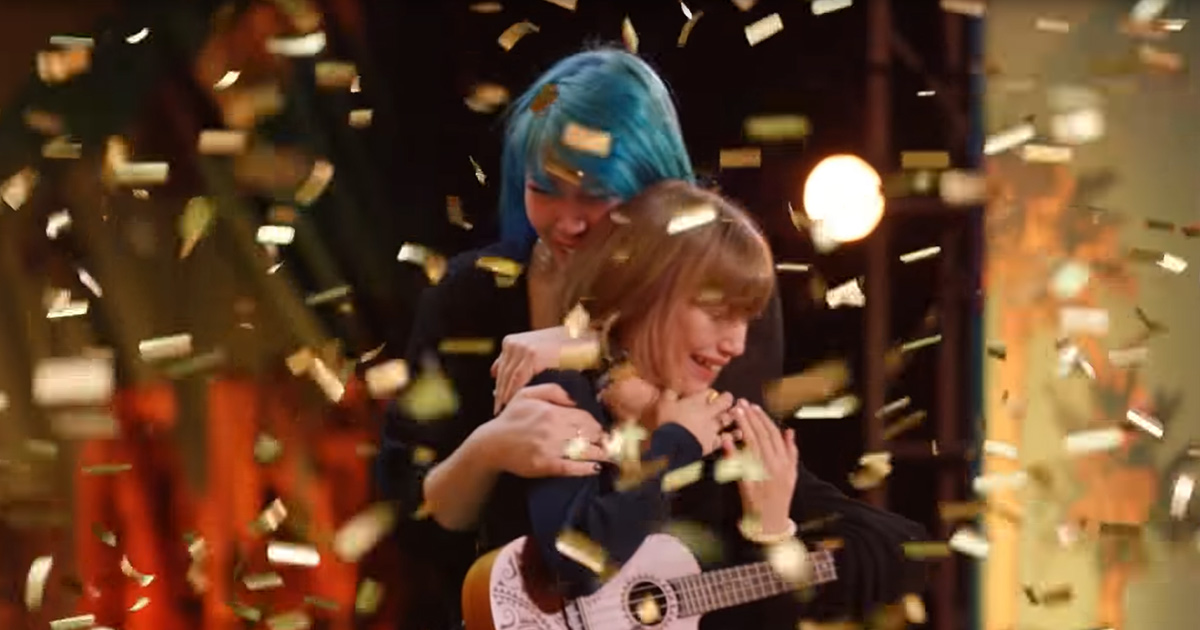 Now you can relive one of ‘AGT’s’ most adorable Golden Buzzer moments! The judges could tell there was something special about Grace VanderWaal when she walked out on the stage, clutching her little ukulele. The twelve-year-old states in her background clip that she loves to sing, but it is clear she is nervous. Grace tells the judges that she is going to be singing an original song.

The video switches gears to present-day Howie, who explains that he is a proponent of not singing an unknown song for the ‘AGT’ auditions. Typically, it can help with voting if the acts sing something popular. Simon then adds his input that not taking a chance is the real risk and that Grace did the right thing!

Replay footage shows Grace singing her original song, “I Don’t Know My Name,” and leaves the judges floored by her talent. This little girl packs quite the vocal ability! Howie is so moved he reaches over to hit the golden buzzer during the judges’ commentary!

Simon teased Howie how, when Grace won the whole thing, “Howie couldn’t get out of his chair fast enough!” Howie explains how the judges feel a sense of ownership when their Golden Buzzer act wins, playfully yelling out, “Mine.” The moment she wins, and Howie rushes up to the stage is so touching, you can feel how proud he is from your chair.