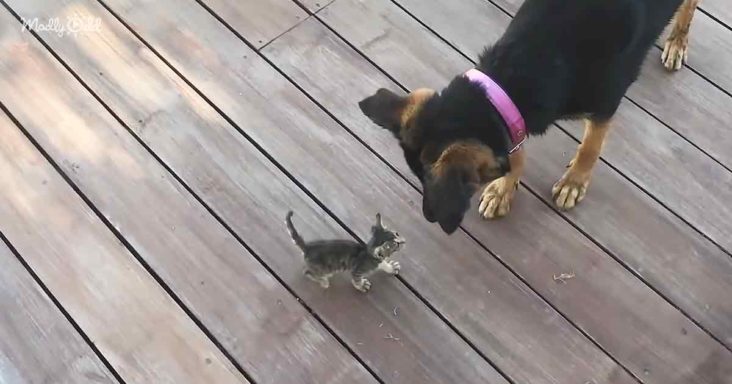 Motherhood is not only important for humans but also for all animals. So being a mother for Bailey, a senior dog, was a blessing and not just a title. Arthur, her rescuer (now owner), had earlier saved her from a dog breeder. 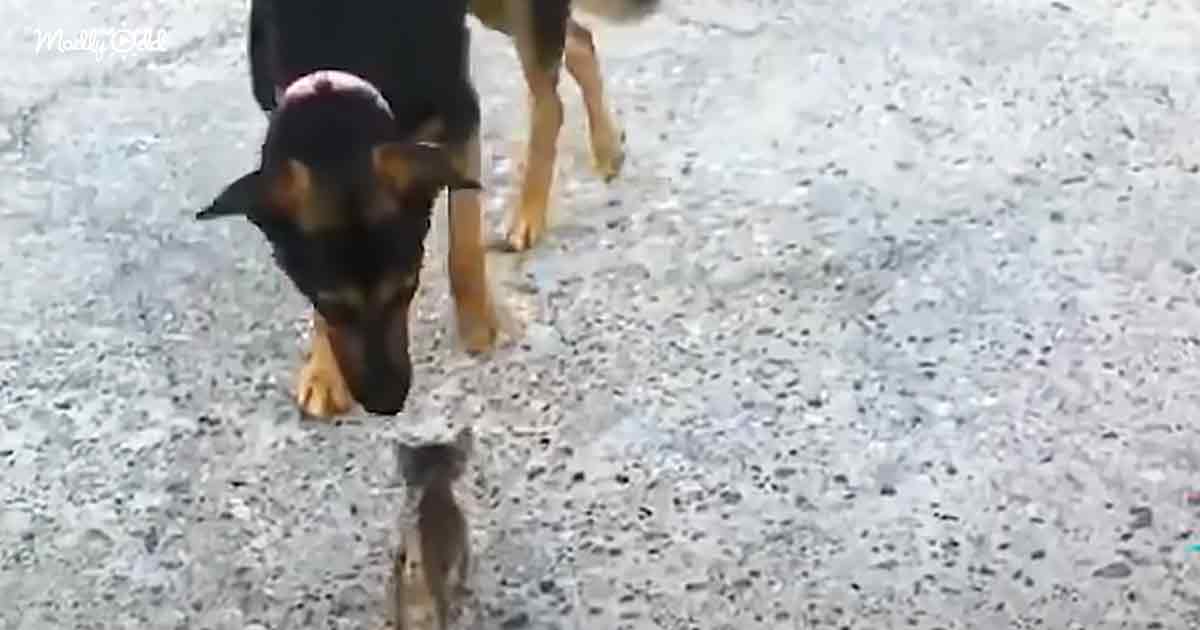 The poor animal was used as a source to give birth to many litters of pups. Later, Bailey’s babies were taken away from her. But, now a senior dog, Bailey still had a caring nature. In fact, she recently proved that she still had the qualities of a true mother.

Bailey’s family moved to the countryside and noticed that a stray cat lived behind their house. The family left some food outside to check if they were correct about their assumption. 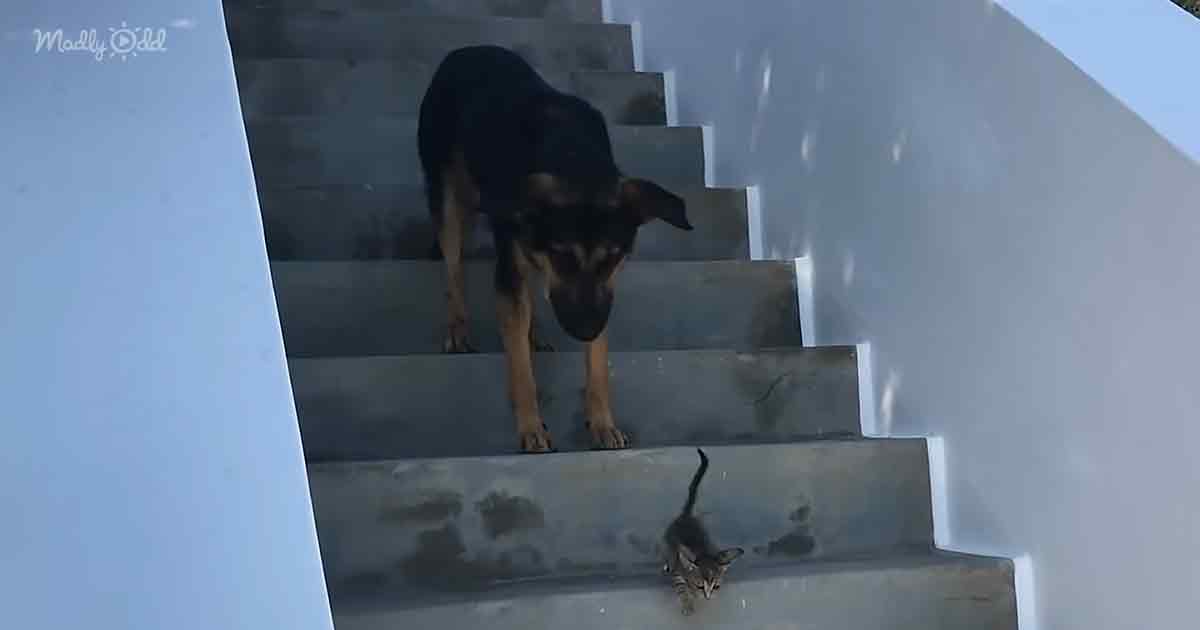 Arthur and his family did not find a single trace of any animal. However, they did not know that their pet dog was busy investigating the same thing as them. Everyone in the house knew that Bailey was up to something but could not find out.

However, one day when the owners took a peek out of their window, they found something they did not expect. Bailey was snuggling with a tabby cat. The two of them were sitting on the porch, and it felt that the duo enjoyed each other’s company. 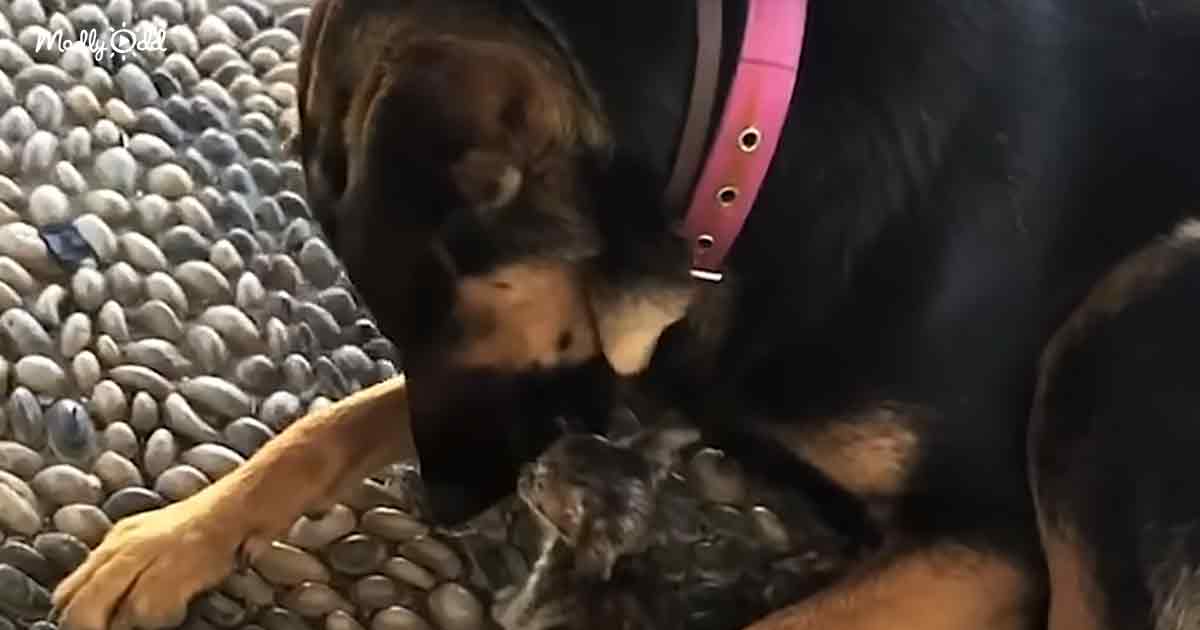 As their family dog had taken to liking the cat, Arthur decided to take the homeless kitty in. The owners decided to name the kitty “Kitten-Kitten.” The tabby cat now had a home, and she eventually warmed up to her new family.

The little cat was safe now and followed the senior dog, Bailey, like a puppy. It did not matter if “Kitten-Kitten” was a feline for Bailey. The senior dog was now a full-time mom, which she could never experience earlier.