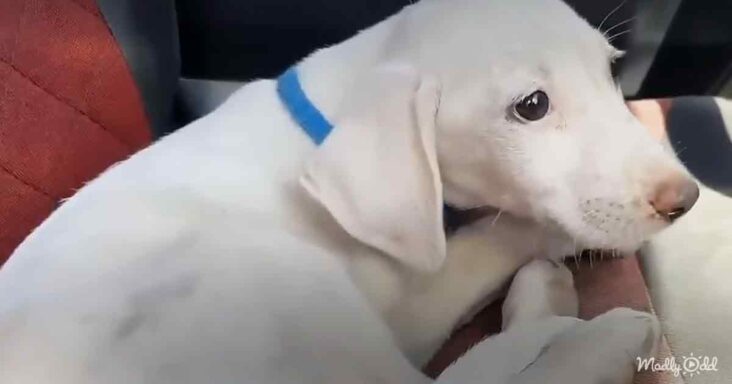 Takis Shelter was a non-profit organization run by Theoklitos Proestakis, also known as Takis. This compassionate man lived in Crete, Greece, and had dedicated his whole life to rescuing dogs around his neighborhood. 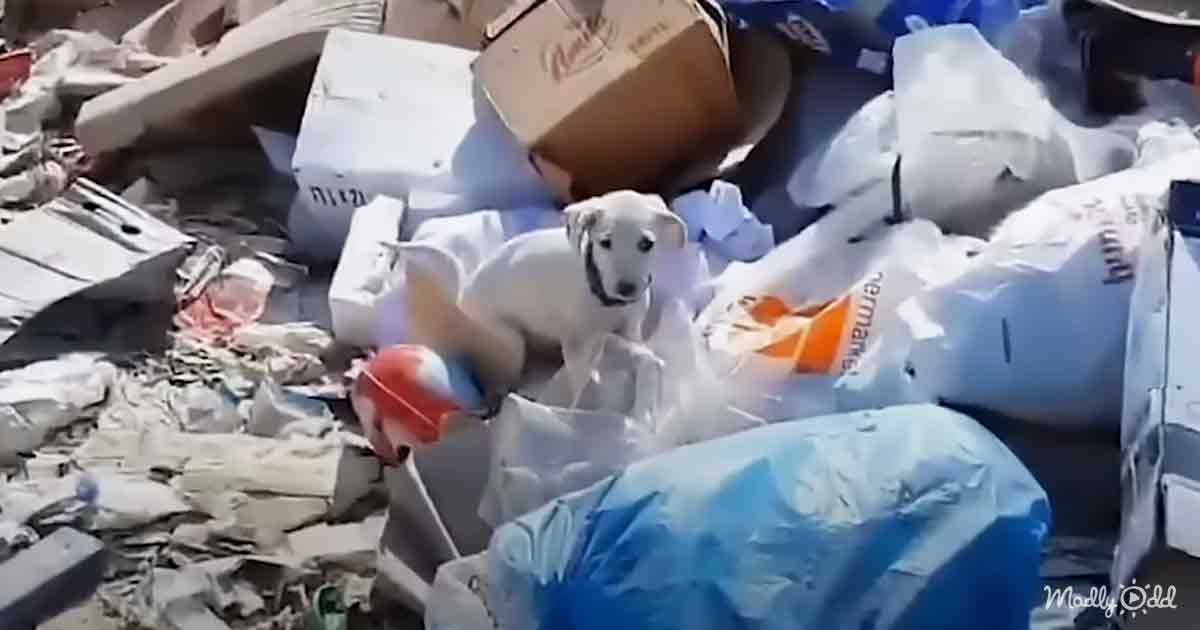 To date, he has rescued more than 500 dogs. Usually, Takis went around his neighborhood looking for animals who needed his attention. But recently, he found a little white puppy roaming around the dumpster near Takis Shelter.

He was disappointed to find the weak puppy. However, the little one was happy to find Takis’s pet dog Zoe around him. Unfortunately, he had a collar on, which meant he was abandoned. 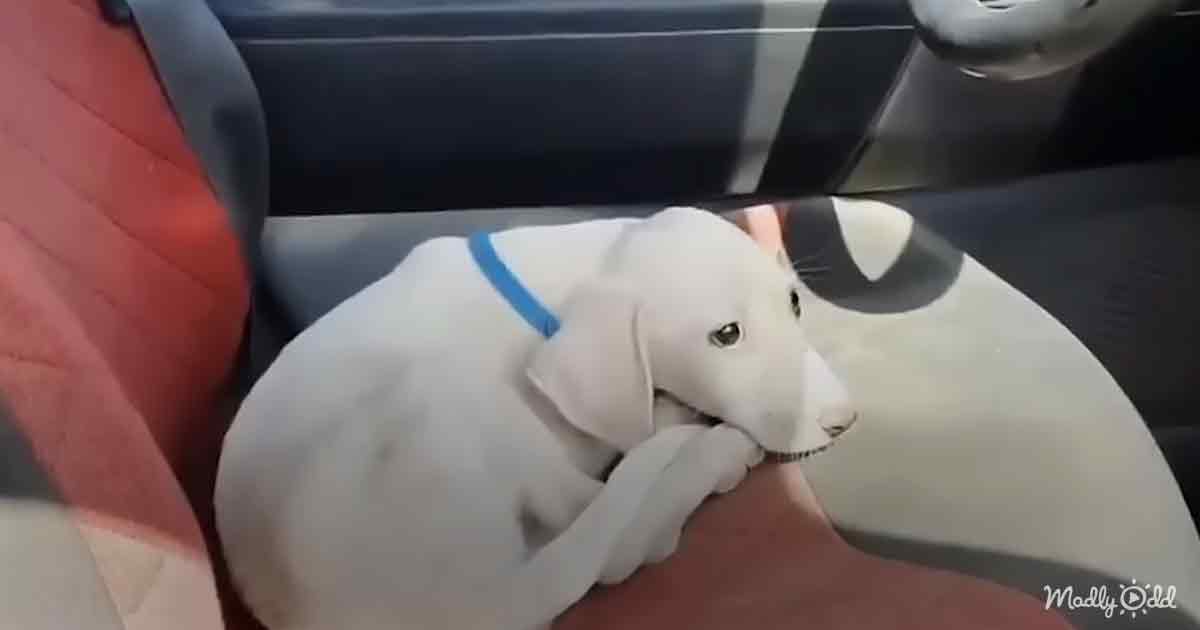 Takis picked him up and placed him gently in his car. The cute animal quietly sat in the front seat as if saying, “Let’s go home, dad.” The puppy was timid at first, but he eventually warmed up.

The cute little boy started to play with the rest of the puppies and treated the shelter as his new home. He regarded Takis as his dad. The kind gentleman who picked him up from the dumpster changed his life. 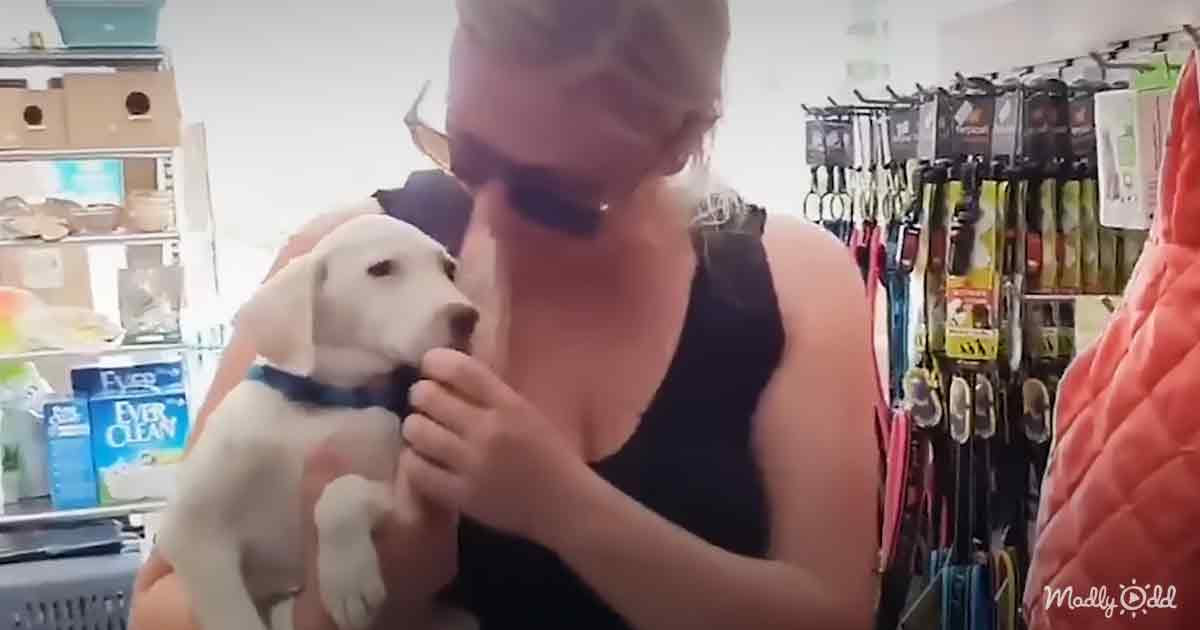 Soon, a native from Finland visited the Takis Shelter and adopted him and two other dogs. All the three dogs went to Finland with her to their new home. This fact made them highly delighted.

The lady had decided to foster him and hence, had come out to shop for him. When he reached Finland, the little puppy was happy that his foster siblings also came from the same shelter. The foster siblings, Mumia & Lola, taught the little one how to be a dog. So finally, the adorable puppy found his forever home.