I knew humans sometimes have an identity crisis during teenage years and they try really hard to understand their personality. They are trying to discover who they are and which tribe they belong to. However… I never knew that animals go through this stage as well!

A rescued baby cow is now convinced he’s a dog after living among three pups for two months. The calf, Goliath, was rescued by high schooler Shaylee Hubbs from a dairy farm that was planning to slaughter him.

After his rescue, Shaylee and her family helped nurse him back to health with bottle feedings on their California. The family’s Great Dane, Leonida, also took to mothering the dog.

His mom, Shaylee is convinced that Goliath believes he is a dog, too. The bull runs with the dogs, lays in their dog beds, and plays with dog toys, too.

Goliath also managed to get into the house after the family left the backdoor open. When they came back, they found him lounging on the couch. 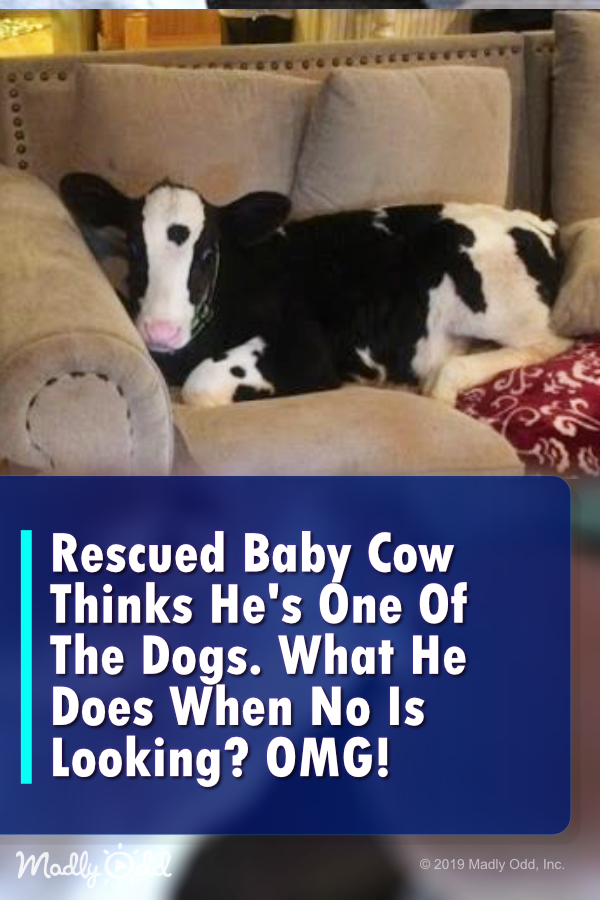