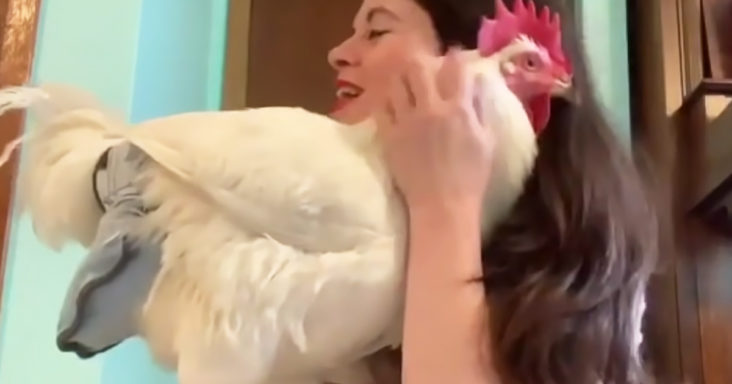 Adopted the day before Halloween, Boo the chicken is an amazingly affectionate house pet. Boo is a cornish hen rescued by a kindhearted woman in the nick of time. 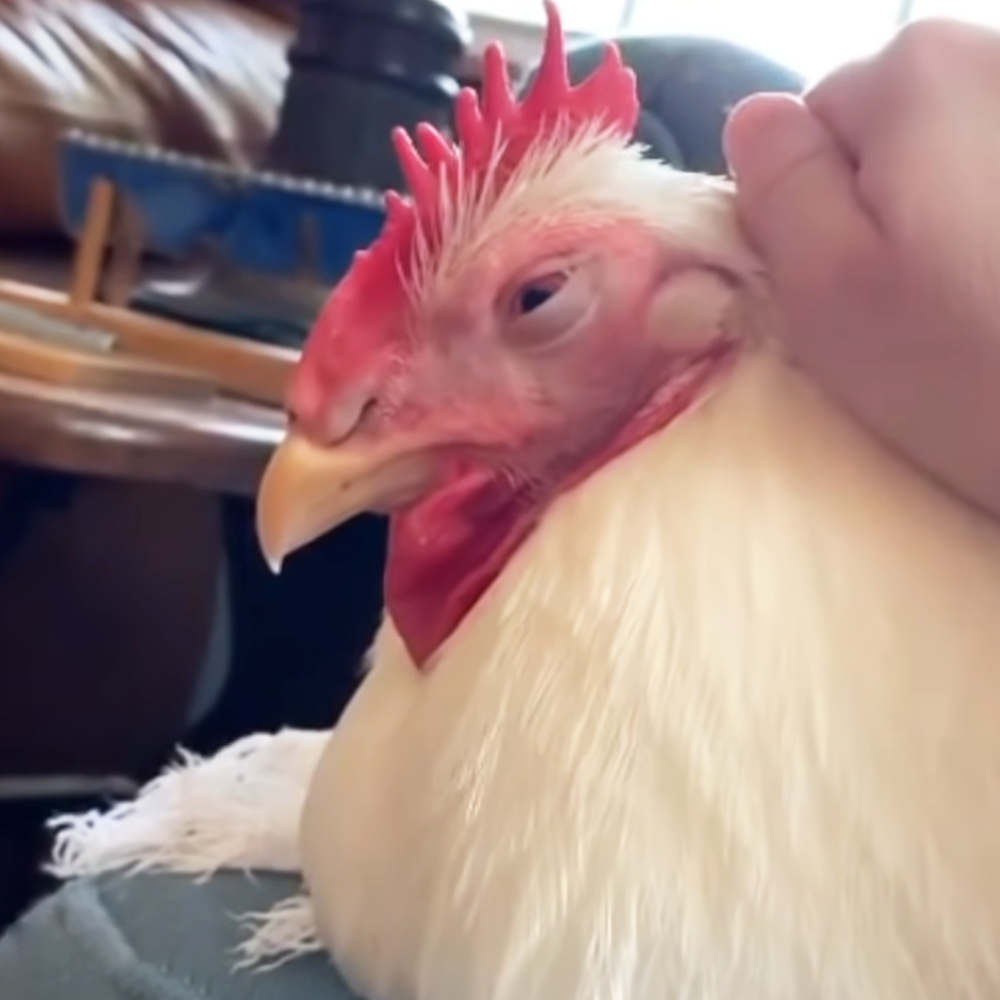 When his owner first adopted him, Boo needed a lot of help. He had developed heart issues from the stressful living conditions and neglect he’d experienced the first few weeks of his life. Thankfully, the vet cured Boo’s issues, and he’s now healthy.

Boo is very affectionate, just like a puppy, and he will cuddle with his owner for hours if allowed. He loves neck strokes and positive affirmations. 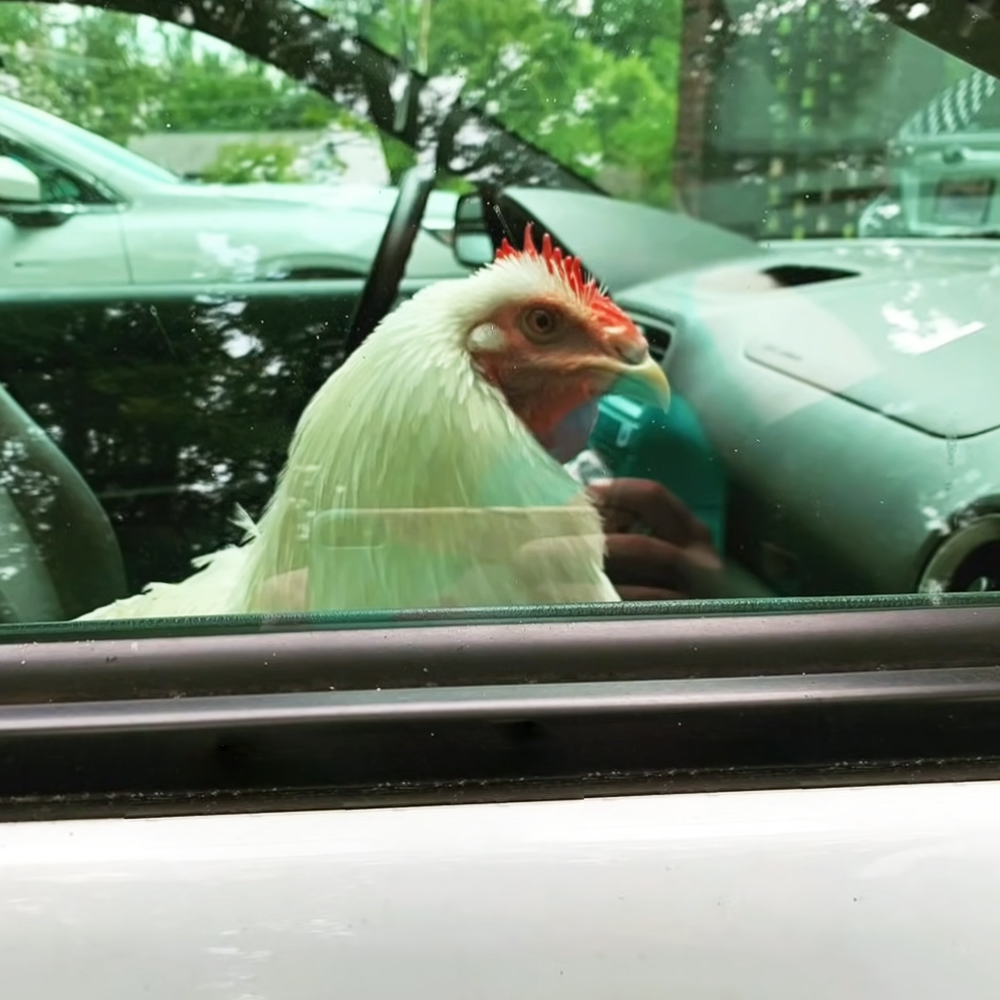 Boo is also very adventurous and often takes trips with his owner. He’s even visited Washington, D.C., and had his photo taken at all the tourist hot spots. Though there were many “No Dogs Allowed” signs throughout the monuments, the security guards didn’t seem to know how to react to a chicken with a diaper.

Boo is a great companion and loves to be pushed in his stroller. He doesn’t fuss or flap while on flights and has become the perfect travel partner for his owner. 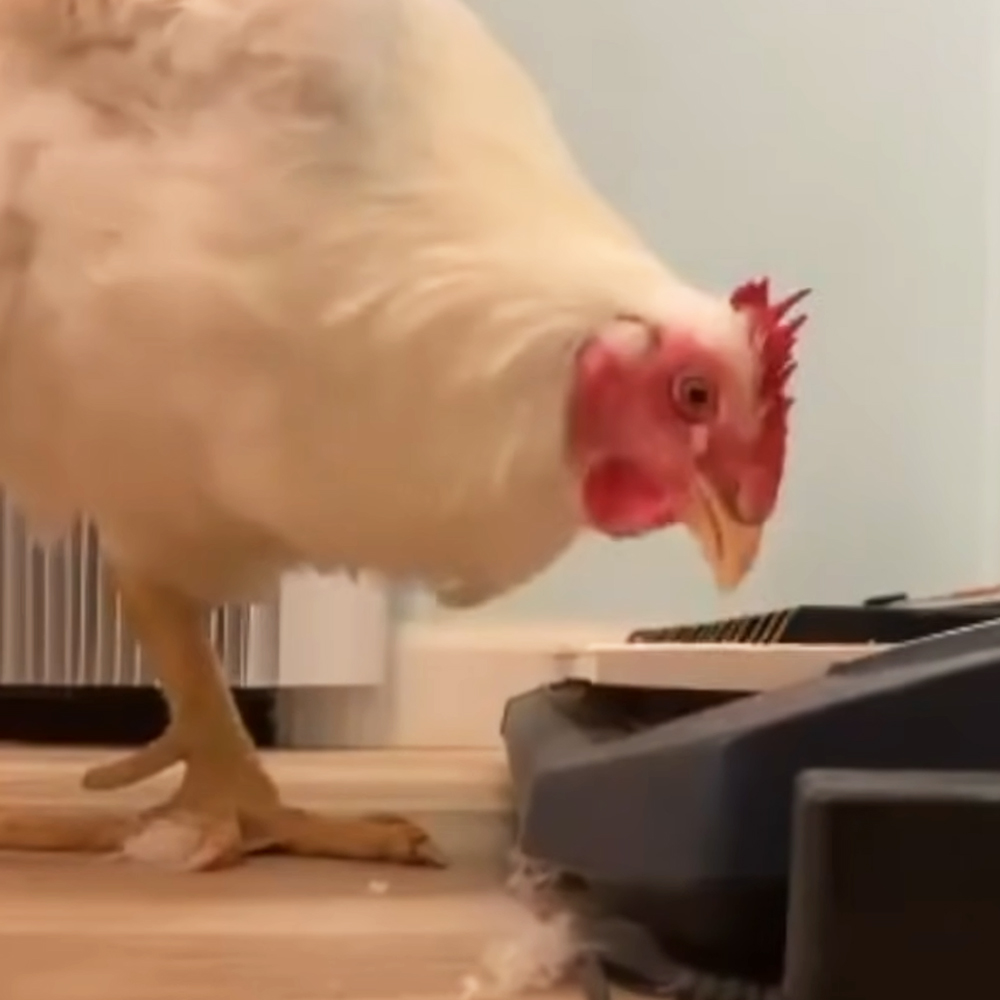 Boo also plays many instruments, including the guitar and keyboard. He prefers to only play his original songs, which his owner believes makes him a purist.

He sits on the couch and eats cashews with his humans. He keeps them company when they play video games. Boo has added a lot of love and personality to their family. It shows that chickens can be just as loving as any traditional pet.