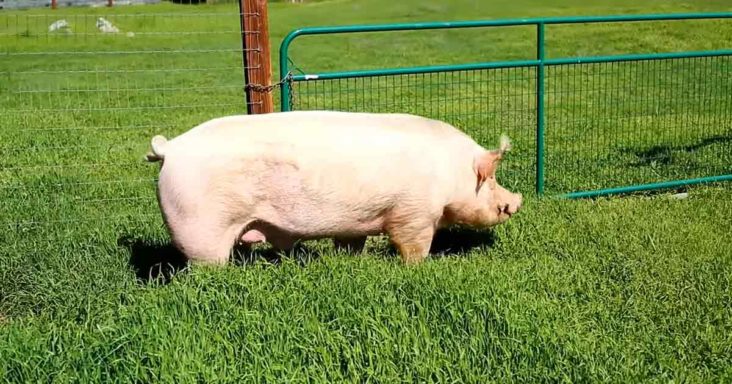 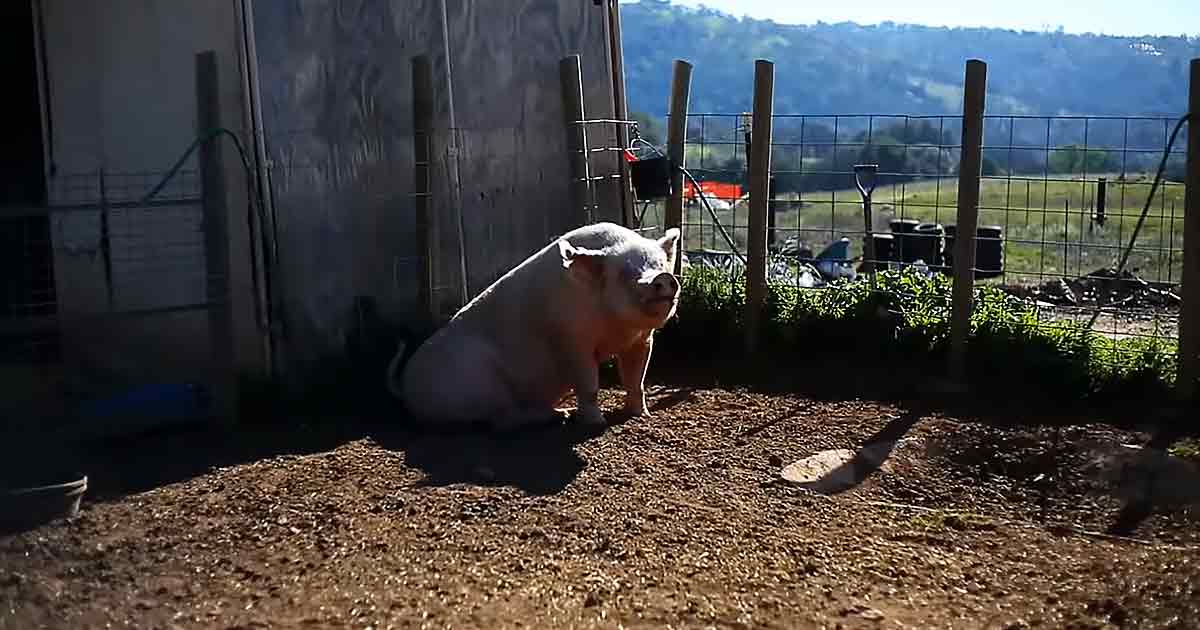 Poor Anastasia had spent more than 10 years in a 10’x15′ dirt pen. The innocent animals had lived a life full of neglect. No one cared for them, and these animals were left in their pigpen forever.

Wilbur was happy to leave the sanctuary. However, the gentle pig suffered from arthritis and poor muscle development due to lack of exercise. Wilbur also had a fungal infection in his ears when he was found by the rescue team. 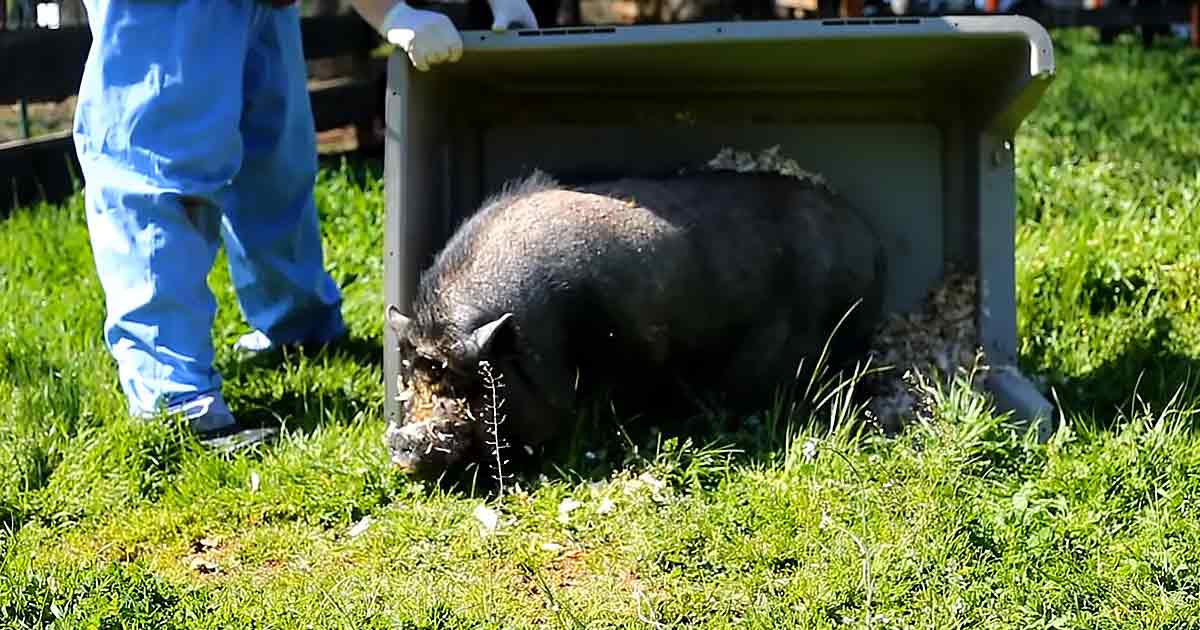 The team members from the “Animal Place” rescue team carefully guided Wilbur to the truck. The gentle pig followed the food trail and got into the container without any problem.

Anastasia was brought to the shelter in the same container she was found. Unfortunately, the poor animal did not know what to do. Only after accessing the environment did she come out of the container. 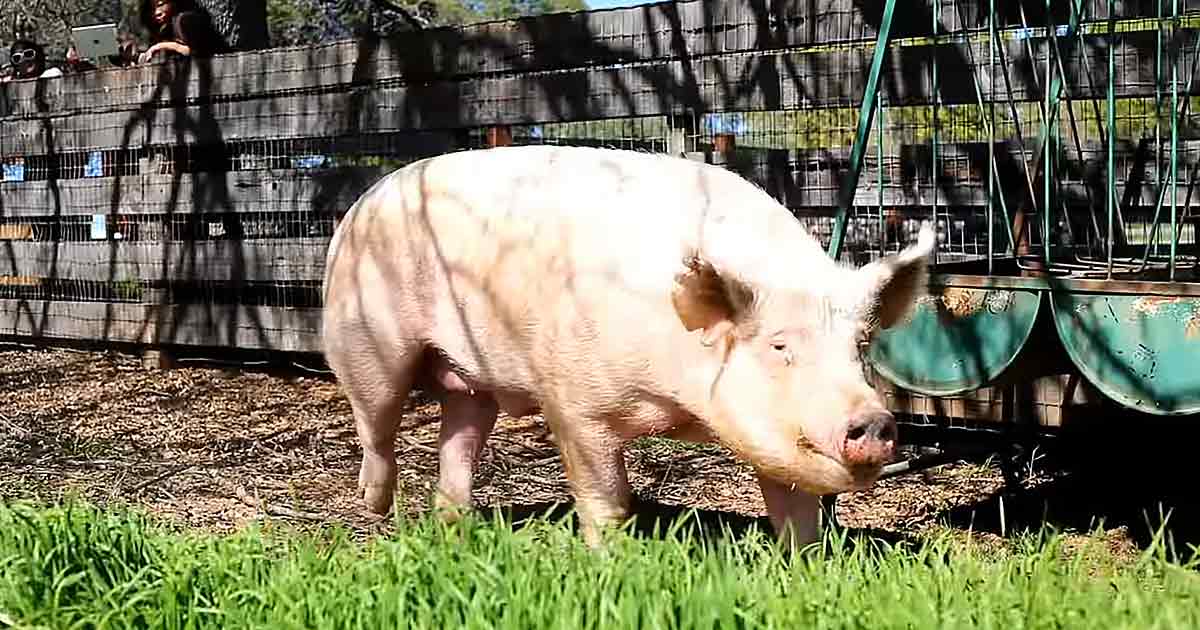 When Wilbur arrived at the farm in the truck, he sniffed the whole area and happily moved into the green pastures. He then rested on the green grass and enjoyed the sun’s warmth.

When these poor animals, who lived a whole life in a small pen, were surrounded by green pastures, both the pigs experienced true freedom. Anastasia seemed to be overwhelmed by the amount of grass and space.