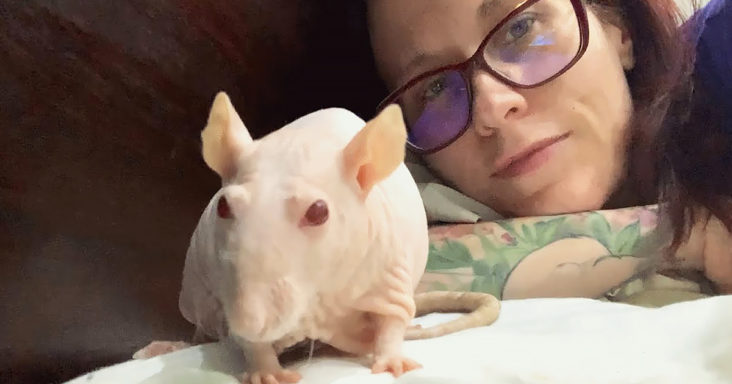 Brenda had a traumatic past and found that her adorable rats had always been her support animals. She currently lives with 16 rats, but that varies as she fosters several rats. These rats leave when they are ready. 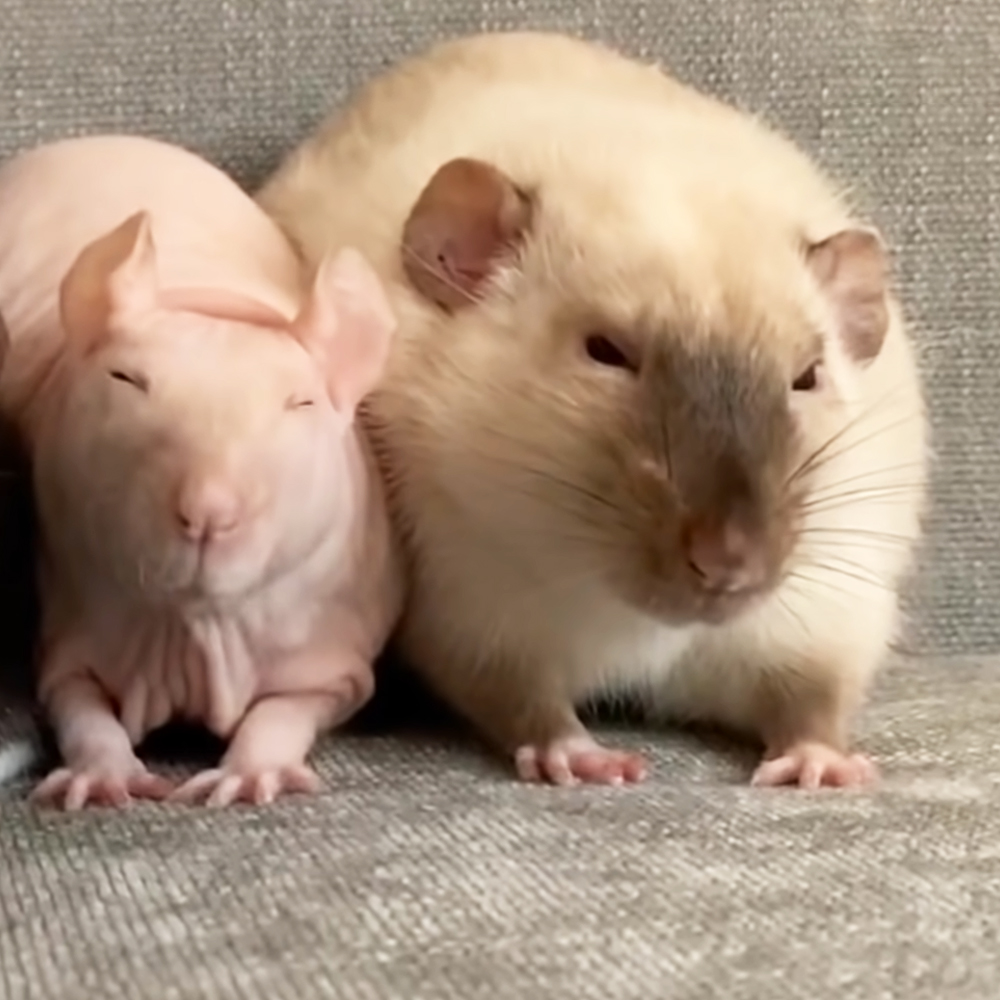 Brenda recently rescued two 7 weeks old female rats from a local rescue organization. Unfortunately, one of them turned out to be pregnant, and a day later, she delivered 12 little babies, and Pinks was one of them.

Pinks was very affectionate and intelligent. So one day, while the little one sat with her mom and sisters in Brenda’s living room, Pinks started to spend time with her owner. She saw Brenda paint every day from thereon. 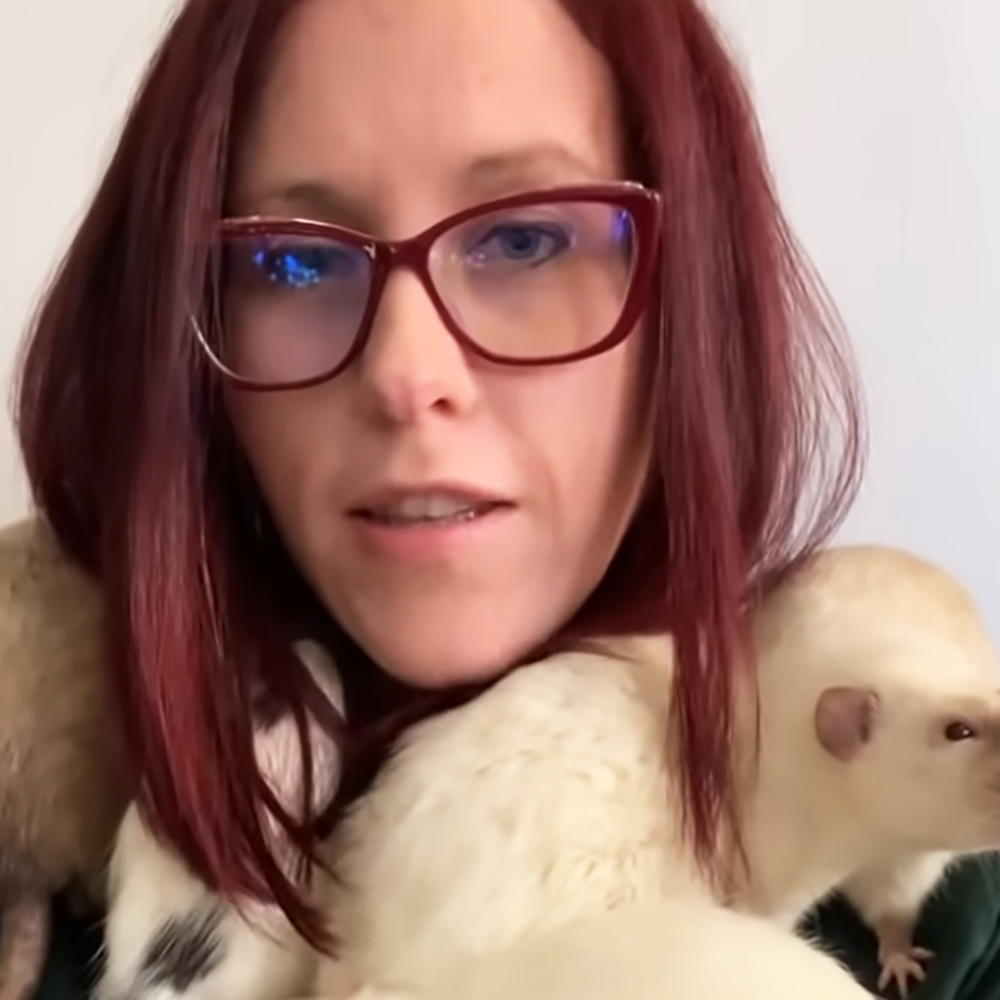 The owner had allowed the rats to roam around the house. However, Pinks was the only one who came to Brenda. She always followed her and responded when Brenda called her by her name.

Pinks was 3 years old, and she was now a senior rat. However, she had not stopped learning new tricks because she was brilliant. She was very affectionate and was always in the middle of a cuddle pile. 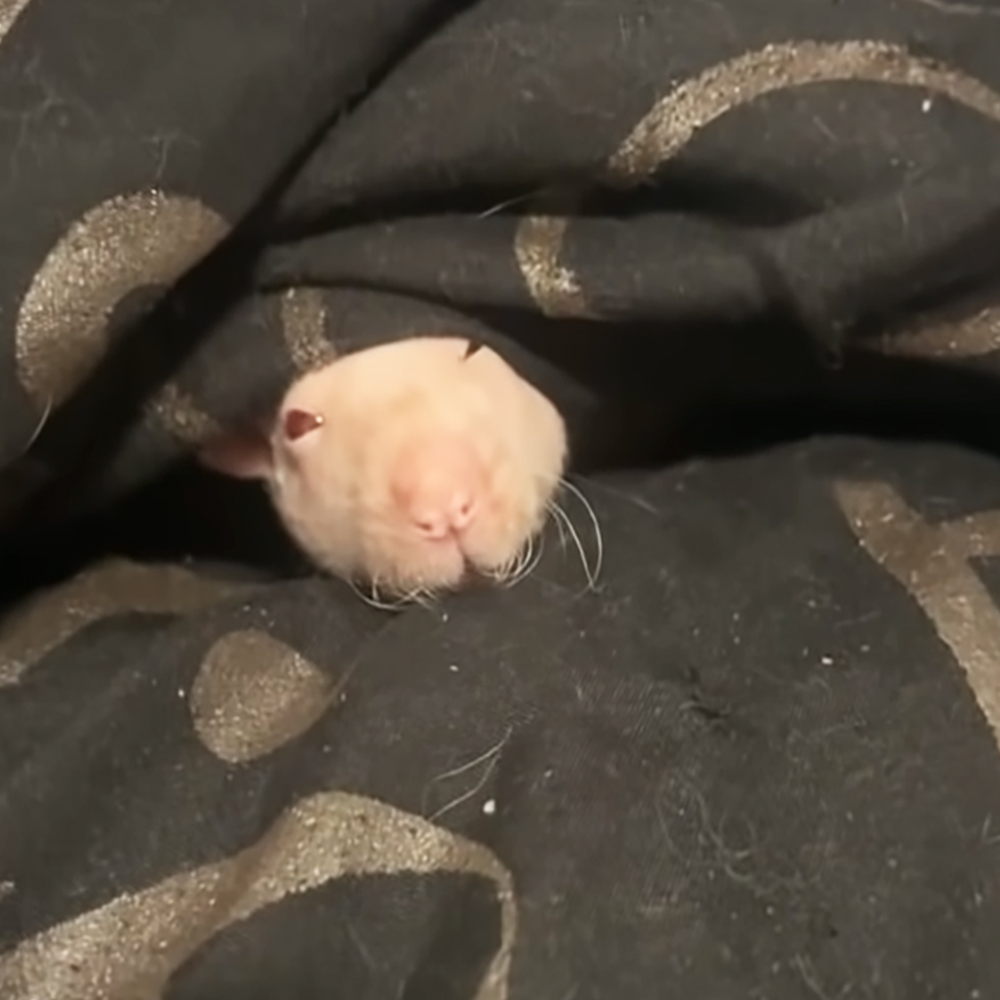 Whenever Brenda was sad, Pinks would be the first one to come to her. Most rats preferred to sleep in the cage, but Pinks wanted to sleep on her owner’s chest. Brenda is now used to Pinks resting on her chest and can’t imagine sleeping without her.

Brenda thought that rats were popular with psychology experiments because they seemed compassionate and cared like humans. The caring owner taught children earlier and had taken these adorable creatures to her classroom. These cute rats helped the children feel relaxed and even retake their tasks again. A cute little animal like Pinks had so much to give to the world, and Brenda hoped that the world could also be kinder.