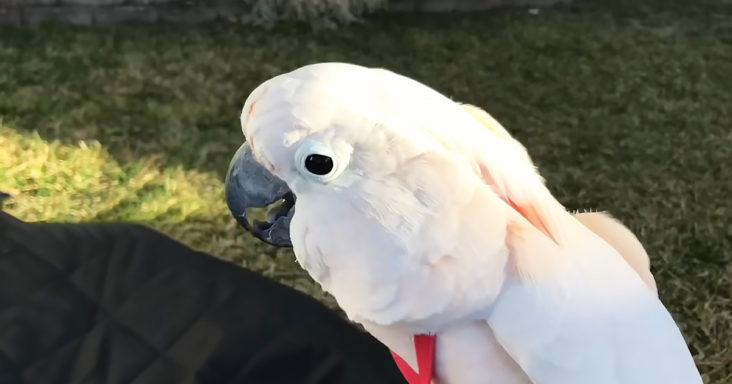 Parrots are one of the most beautiful and intelligent birds. This clever bird can easily mimic speeches and make various sounds pretty quickly. But, unfortunately, many of us think that these birds can be a big hassle if kept as a pet. 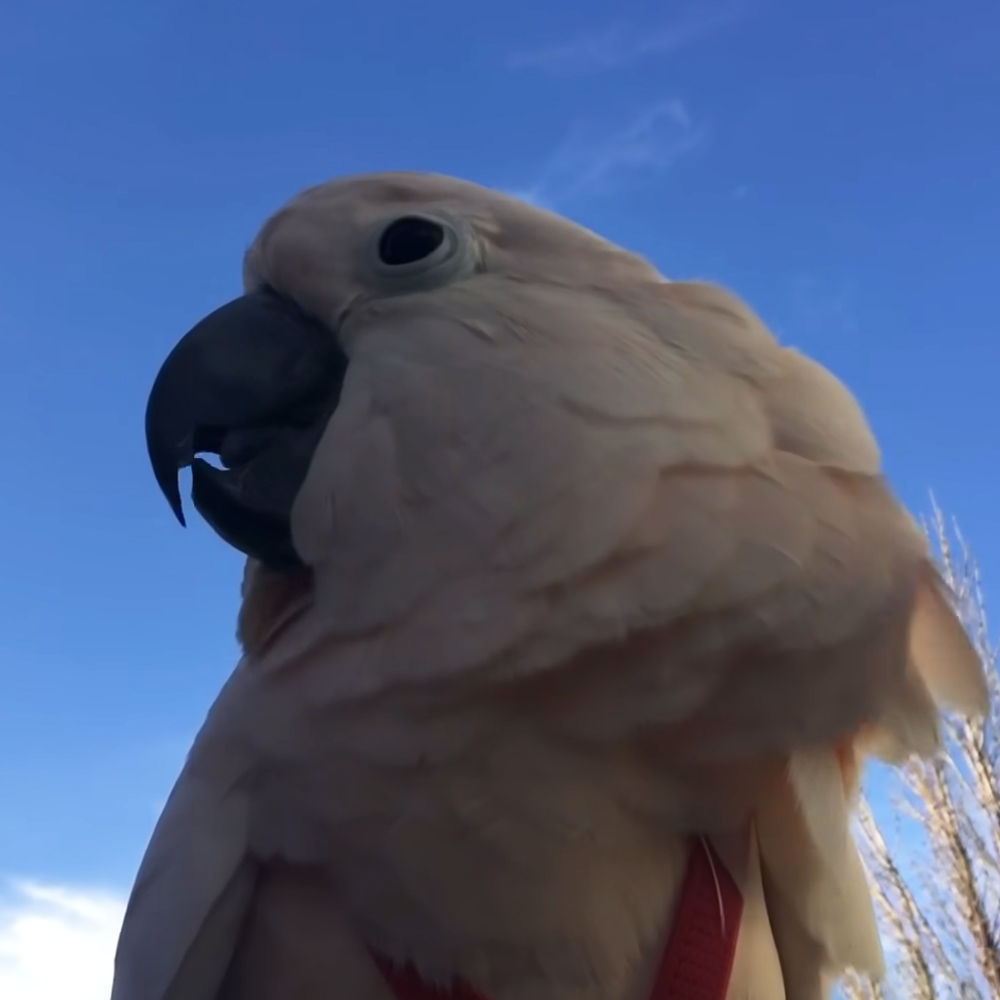 If you train your bird correctly, they can become fantastic companions. This is something that happened to the Moluccan Cockatoo, Gotcha. The rescued bird was neglected and mistreated earlier by his previous owners.

Recently the 12-Year-Old Cockatoo, Gotcha, and his owner had grabbed a lot of attention for their sweet conversation. The duo sat on their porch, where the bird enjoyed his free time with his new friend Tootie, who had visited them with his mom. 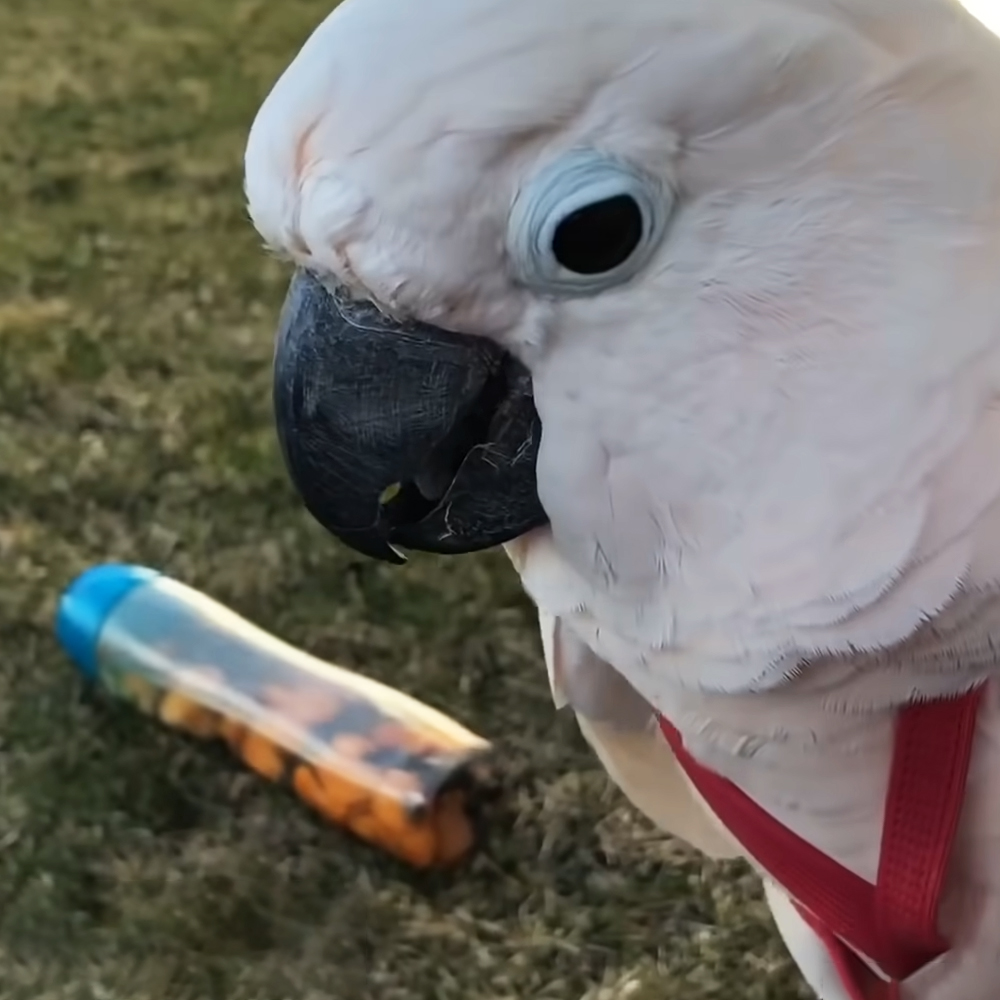 Gotcha seemed nervous around his new friend, but he still couldn’t stop his nonstop chattering. He had learned quite a few sentences and repeated them in such a way as if he was conversing with his owner.

The intelligent and smart bird talking to his patient owner was really entertaining. Any listener would laugh and listen to the hilarious conversation between the cute bird and the kind owner. 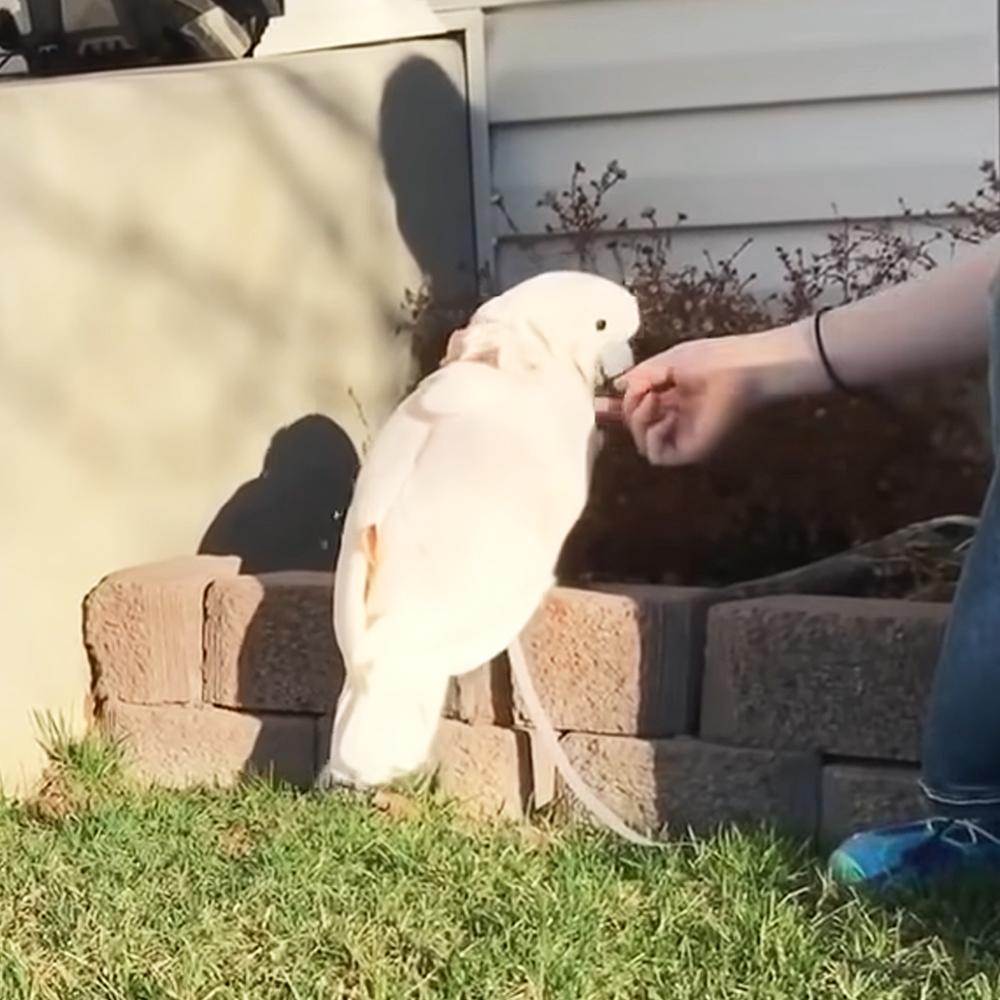 The bird was quite clever as he could say so many sentences. The owner was impressed by the bird’s progress and kissed the bird. Due to the care and affection that Gotcha got from his owner, he had started to trust his owner as he never left her side.

The new owner had to really work hard to gain the lost confidence of the bird. It was challenging but not impossible. Gotcha now lives a beautiful life with his owner and has made a lot of progress as a happy bird.