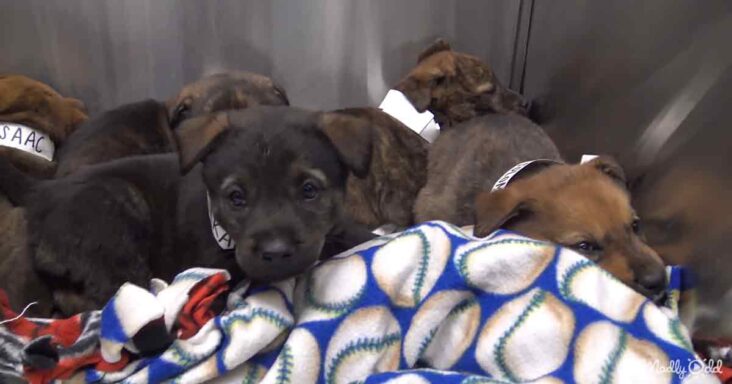 Eldad and his two female team members from Hope for Paws rescue organization were out at their friend Lisa Ashe’s funeral. That was when they were informed about 8 puppies in need of rescue. So, to honor Lisa’s love for animals, the team headed to the location to save the little ones. 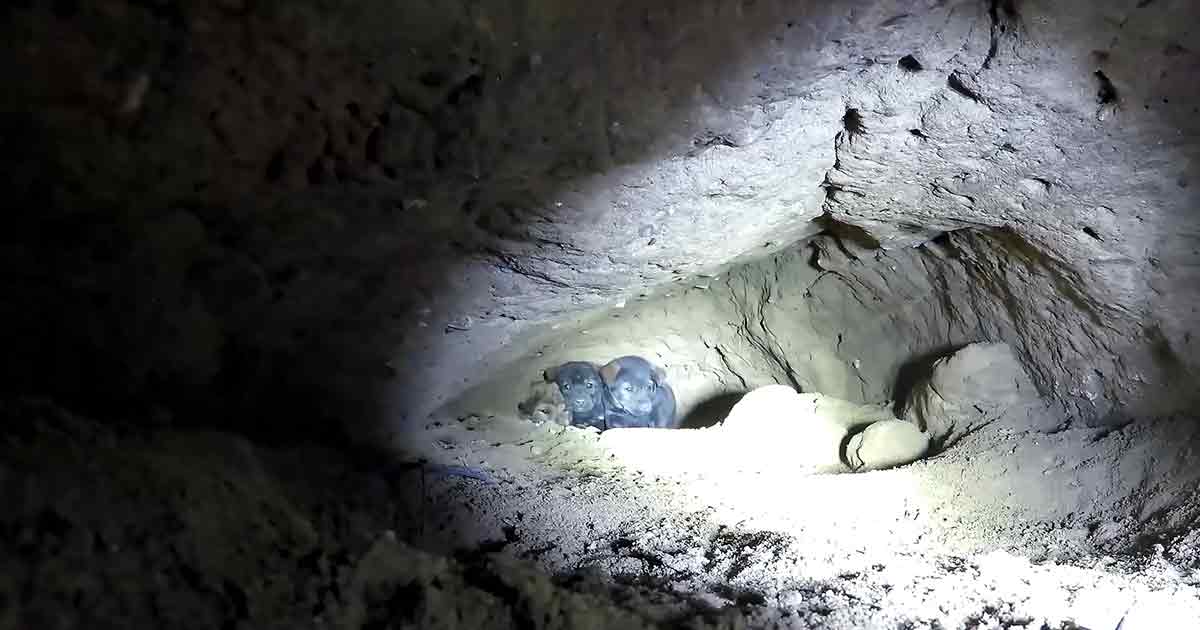 The puppies were living in a cave, and their mother was nowhere to be found. The team used a cheeseburger to try and coax the puppies out. The team could find only 6 puppies at first. Finally, one puppy voluntarily came toward the rescuer and was safely placed in a crate.

However, in the meanwhile, something had spooked the other puppies. So all the others hid inside the cave. Eldad couldn’t reach in any further, so he had to put all his faith in his gentle snare. 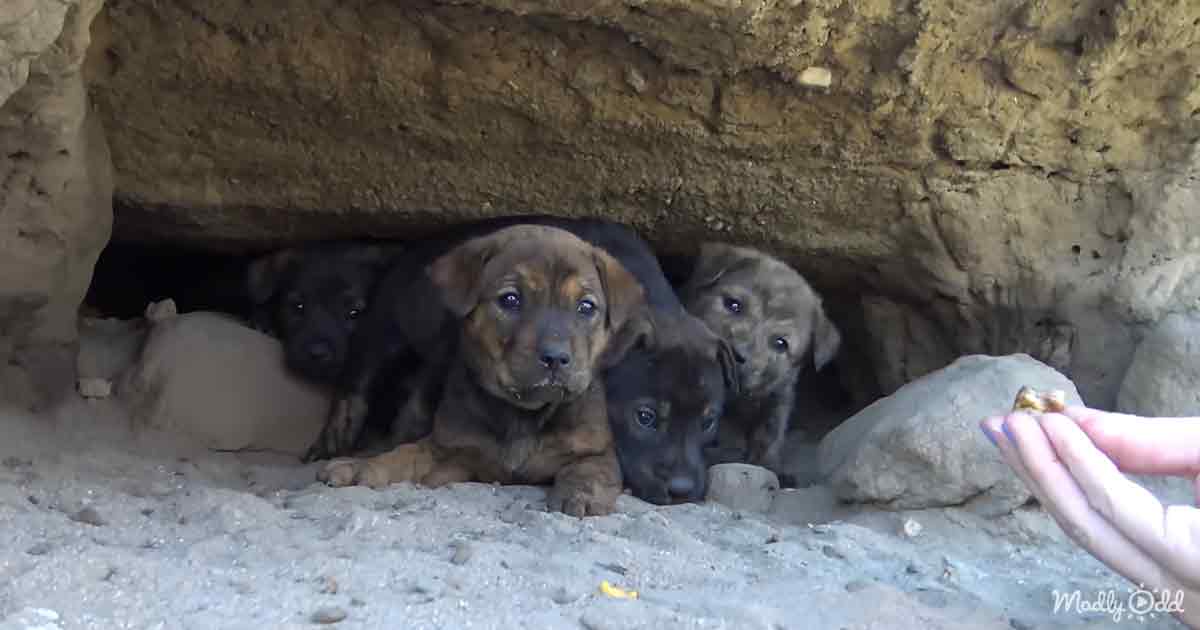 The 2nd puppy was rescued, and then the turn for puppies number 3 & 4. The little ones were saved similarly. The puppies were terrified because they had never been touched by humans before.

All 4 puppies were placed safely in the crate. However, there was a problem in saving the remaining babies. The little ones had trekked further back using a narrow, deep tunnel, around 6 feet to the north and 12 feet to the west. 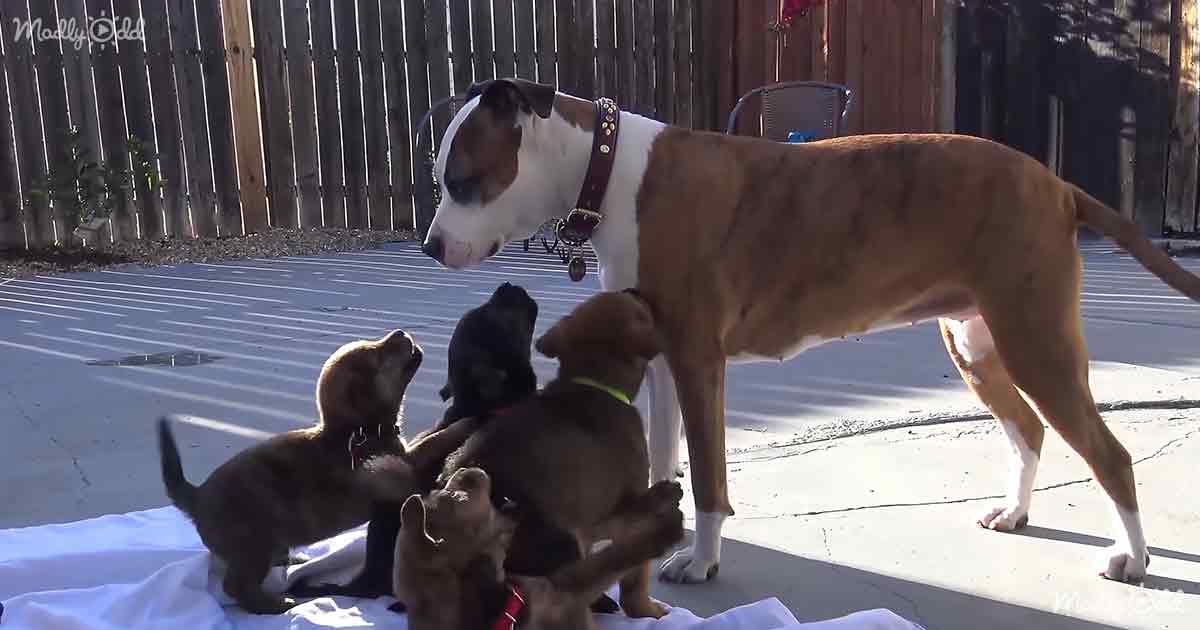 Eldad and the others attempted to dig a new tunnel that would meet up with them. They had to be careful as the whole cave could collapse, ruining the rescue operation. Soon they could see the puppies. Eldad climbed up into the cave and picked the babies one by one while the women pulled Eldad and the puppies out. After rescuing 7 little pups, the rescuers were tired, but there was 1 more puppy to be saved.

Eldad rescued the last puppy and went in to check if there were any more puppies inside the cave. Thankfully, the 9th puppy was also saved. The rescuers took all the puppies to their facility, where they were kept together. The next day, they were introduced to their surrogate mom, Olive. All the puppies were named after Lisa M Ashe. Their names were Luke, Isaac, Sarah, Abraham, Mary, Angel, Solomon, Heaven, & Ezekiel.