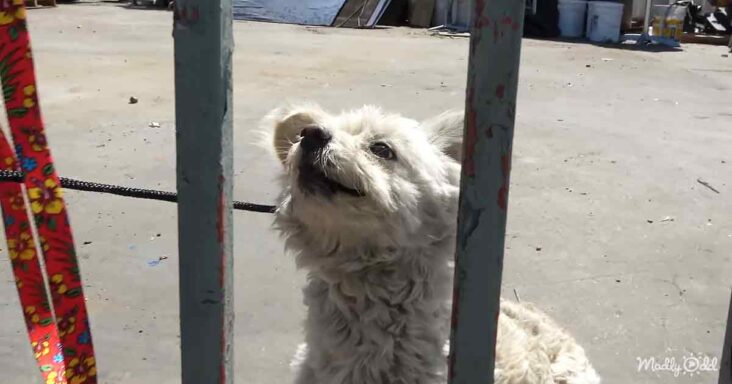 The Hope for Paws received an urgent text about a homeless dog near a busy road. The rescuers, Eldad and Loreta Frankonyte, immediately got into action and drove to the spot. They feared something serious might happen to the dog if they didn’t hurry. Instead, they spotted the dog from a distance. Seeing the rescuers, the nervous dog immediately got behind an iron fence of a property. 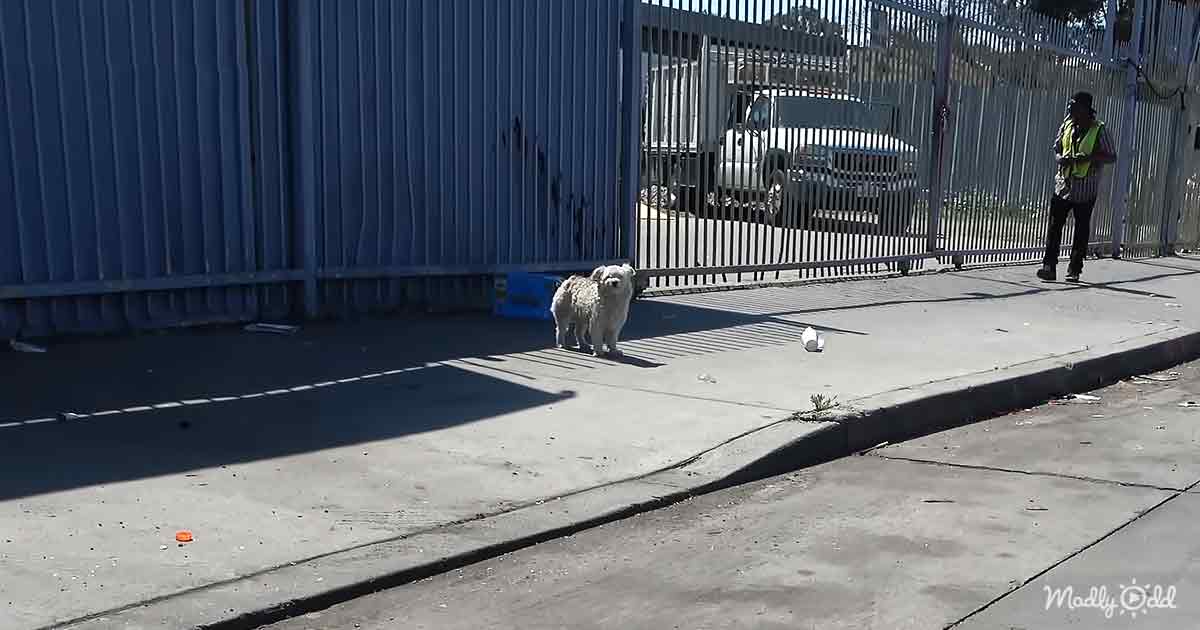 Loreta was nervous because the area was famous for gang activities. So she began giving pieces of a cheeseburger to the hungry dog to gain her trust. At the same time, she also wanted to grab the dog through the fence. However, Eldad told her not to because it might risk her getting bitten by the dog.

Eldad instructed her to drop the burger pieces near the snare so the dog would get comfortable with it and not get bothered by the loop lying there. He also told Loreta to throw the burger crumbs further away so that the dog enjoyed the food and maintained distance. This would make the poor animal more comfortable with strangers. 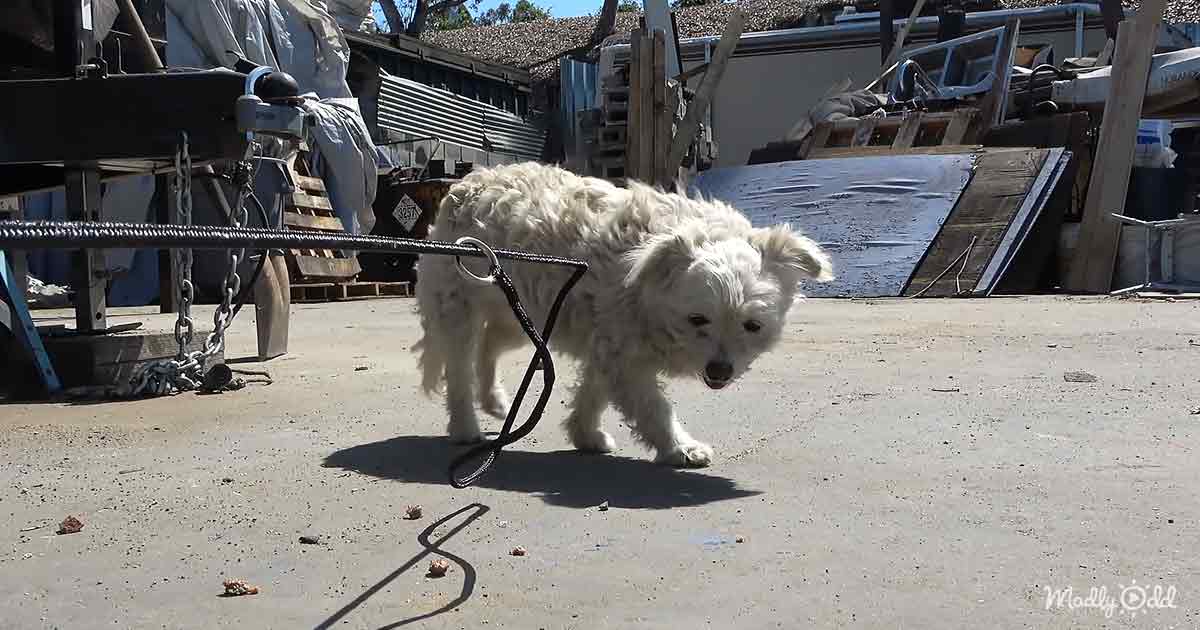 With so many crumbs lying around the snare, the dog was least bothered about the stick and just wanted to enjoy her next bite. As a result, the two rescuers had to wait patiently for a long time for the right opportunity to tighten the snare around the dog’s neck. In addition, the fence prevented them from moving the loop around as freely as they would have liked.

After waiting for quite a while, they finally managed to capture the poor dog with the snare. The homeless dog immediately tried to free herself from it by jumping around and running away. Loreta also placed the “Lucky Leash” around the dog’s neck. After that, they named the dog Freya. She wanted to grab Freya through the fence. However, with her partner’s instructions, they finally managed to get the dog in their arms. 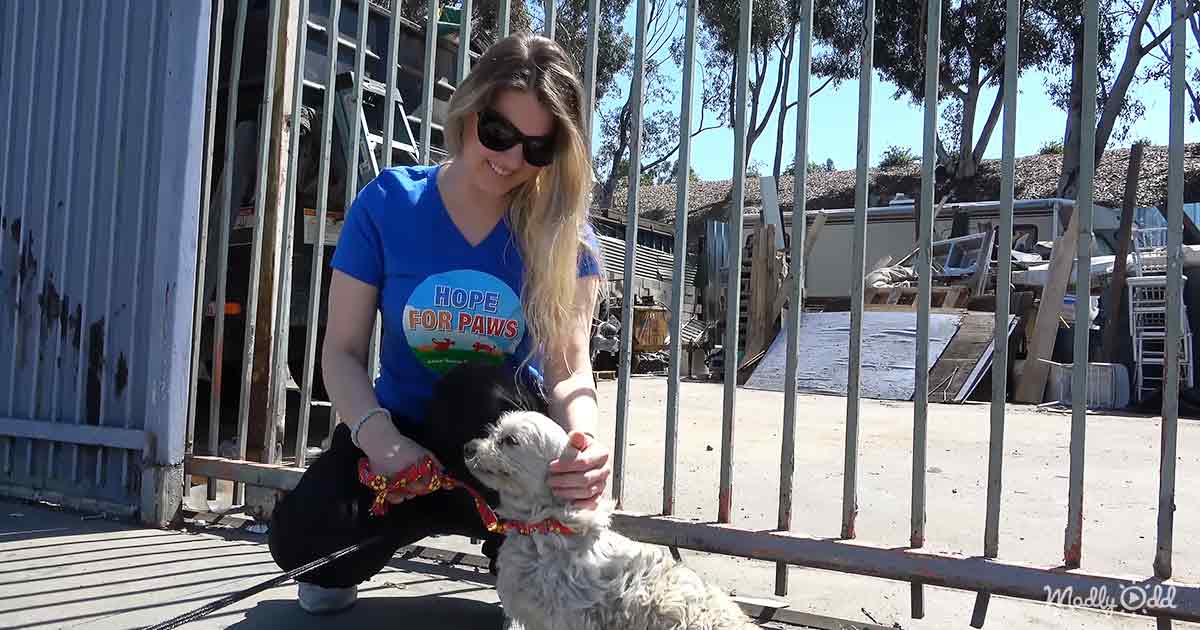 Although the rescuers tried to give Freya more food, she was not interested anymore. Instead, she liked the pets she got from her rescuers. They placed her inside a cage in their van and locked the gate. Then, they took her to Cares, where she was treated for several ticks, given a bubble bath, and checked with a device for any more ticks on her body.