The Rhodesian Ridgeback is well known for being a brave and cautious dog who is no slouch when it comes to protecting itself and others. But sometimes, a moment comes along with a dog that is known for being the hero, needs a hero himself.

That is just what happened to one Rhodesian Ridgeback when he let his guard down around a bull. Two dogs appear to be quite familiar with the bulls, but that, of course, doesn’t mean that one of the bulls won’t charge. 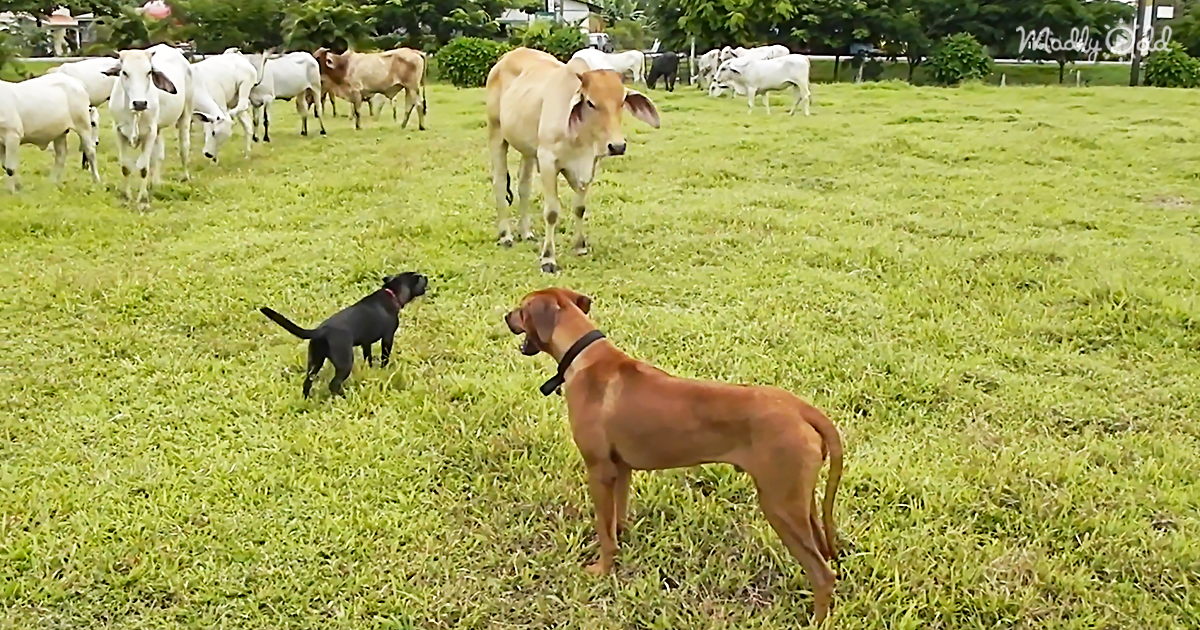 While the Ridgeback seemed to get a little too comfortable and not paying attention to his surroundings, he didn’t notice that one of the bulls was heading in his direction. The bull didn’t look too happy, either.

Thankfully, the Ridgeback had a little buddy watching nearby who was not going to let anything happen to his friend. He quickly alerted his canine pal and directed him out of the path of the grumpy bull. 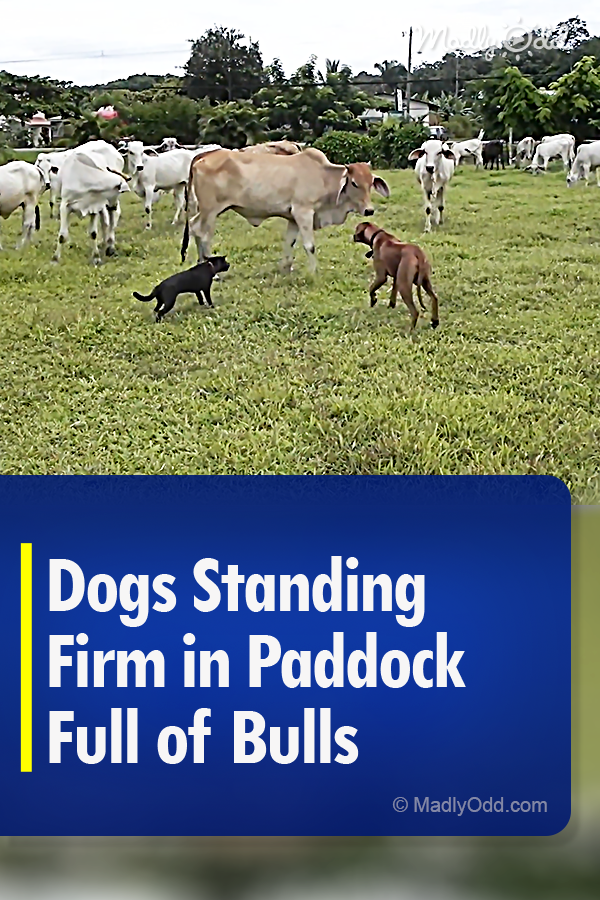