Imagine the surprise of The Voice when they heard a 1960 French pop hit coming from young singing sensation “Riley”.

The song, the title of which translates as “No, I Regret Nothing” seemed a mature piece for such a young singer, but he captured the emotion of the lyrics with his strong, melodious voice that wowed the crowd. The clip of his performance is now a viral sensation.

This kids’ version of hit talent show The Voice is popular around the world and produced in many languages and countries. If you’re not familiar, it differs from shows like America’s Got Talent or American Idol in that the first stage is called Blind Auditions. Instead of judges, the celebrity guests are called coaches, and they sit in chairs facing away from the performer, making it all about, well, the voice.

If a coach likes the singer, he or she can press a button which rotates their chair, meaning that they would like to work with that contestant and help them through the season’s next stages. When two or more judges press their buttons and turn their chairs around at the same time, the singer gets to choose with artist they’d like to have as their coach.

The Blind Audition stage ends when all of the coaches have paired with a set number of contestants. In the kids’ version of the show, singers only go by their first names.  Imagine Riley’s delight when coach willi.i.am turned his chair first and strode up onto the stage.

“Where are we flying to?” he asked the overjoyed Riley, whose adorable costume was an airline pilot’s uniform complete with pilot’s cap and aviator sunglasses.

“Where would you like to go?” asked a coy Riley with the smoothness of a pro, sending the audience and judges into fits of laughter.

“You sang amazingly,” singer will.i.am told him. Judging from the audience’s applause they were in full agreement.

Coach Danny Jones had the same question as the rest of us. “Why are you dressed like a pilot?”

“Because I think it sort of shows off my personality and my love for aviation,” said the precocious 10-year-old, “which is why I want to create my own airline when I grow up, called Riley Airways.”

“Bless him,” said coach Pixie Lott, who was clearly moved by the young man’s talent. We couldn’t have summed it up better ourselves.

What are you waiting for?  Click the video below to let Riley fly you away and then share it with a friend. Happy travels! 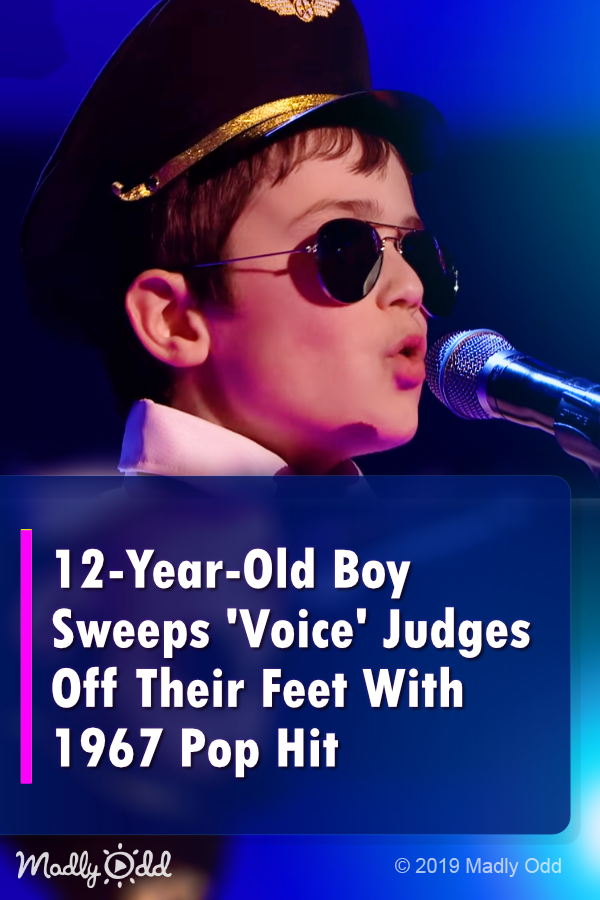