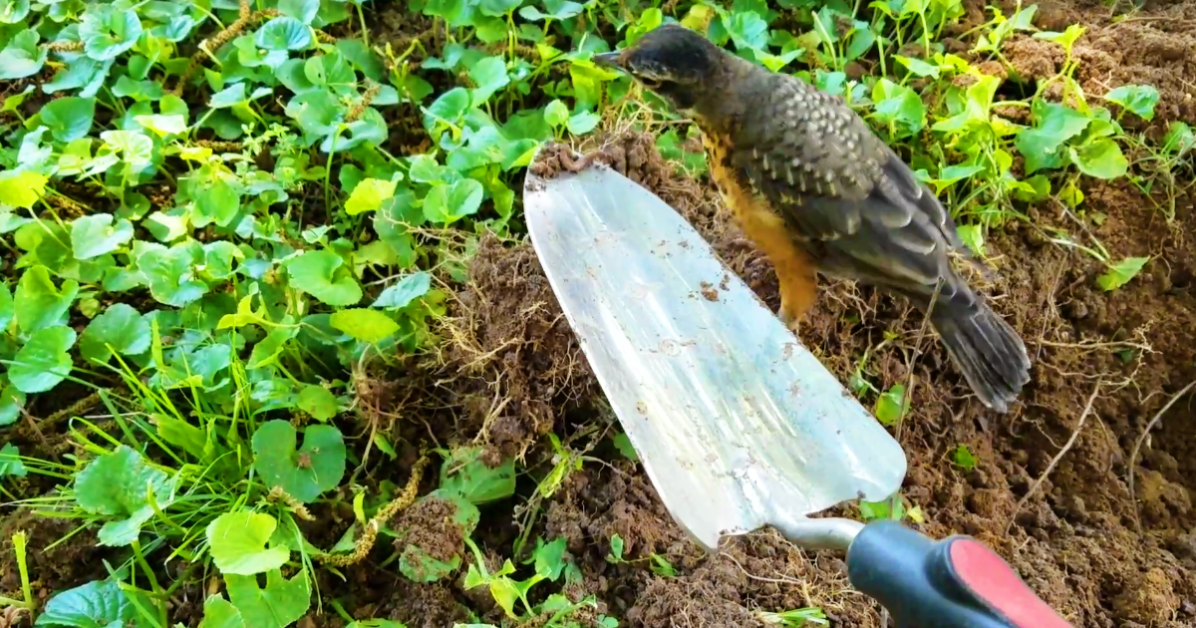 The young robin in this video has triggered the cue for her human to dig up some ground and supply her with some juicy worms. She twitters happily when the man starts turning over the topsoil to reveal the prize.

This cue encourages the human further and he soon gets into the swing of it. He makes excited chirps when he sights a worm and the robin knows exactly what his noises mean. Another worm ripe for the picking! 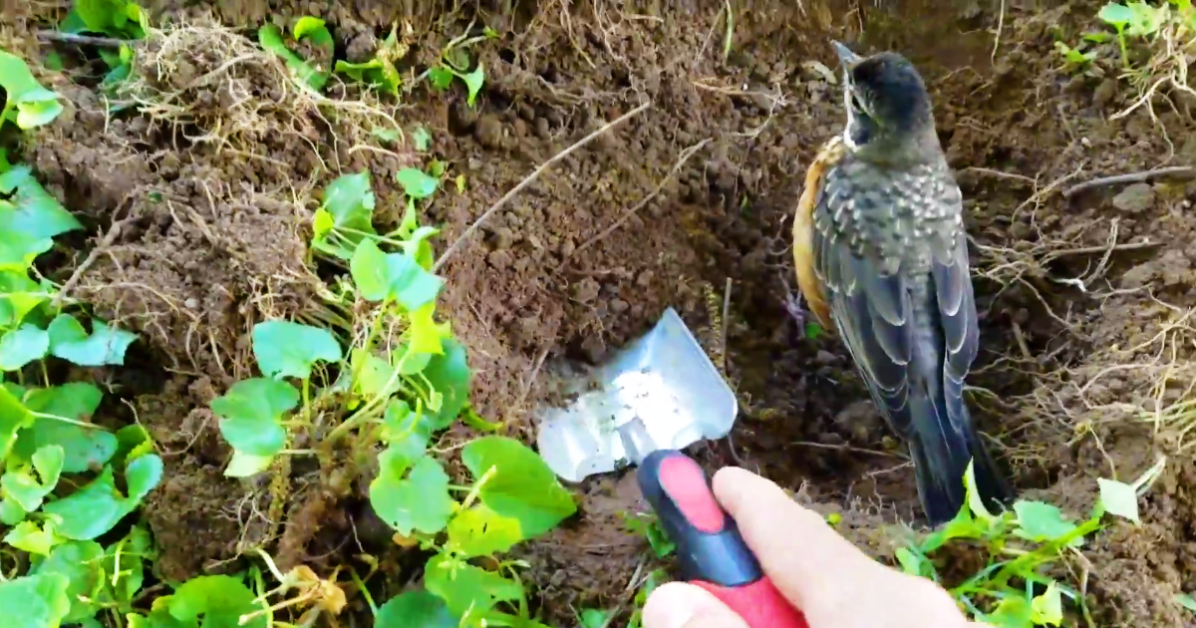 She encourages her trained human with the typical twitter of a baby bird begging for food from its parent and the man seems to understand this.

As he lowers a lovely fat worm into her gaping mouth, she excitedly shivers her wing feathers to reward his behavior. In fact, he is so well trained he almost chases her with yet another juicy morsel even when she has had enough!

This little bird has got her very own human trained to dig food for her. It is well known that humans can be trained, they are supposed to be quite smart. Cats manage to get their bipeds sorted in no time at all, a quick rub of the ankles and the people react accordingly, serving meals.

Dogs can take longer to teach their humans because someone was silly enough to tell people that they were the alpha in the relationship and it’s been a battle ever since! But eventually, they learn which barks mean “open the door” and what woofs mean it’s time for walkies.

Both the kind person and the little bird clearly enjoy the activity, and they seem to communicate on the same level. Who says humans are difficult to train?

If you have been amused by this little bird’s resourcefulness, please share her video with your friends. 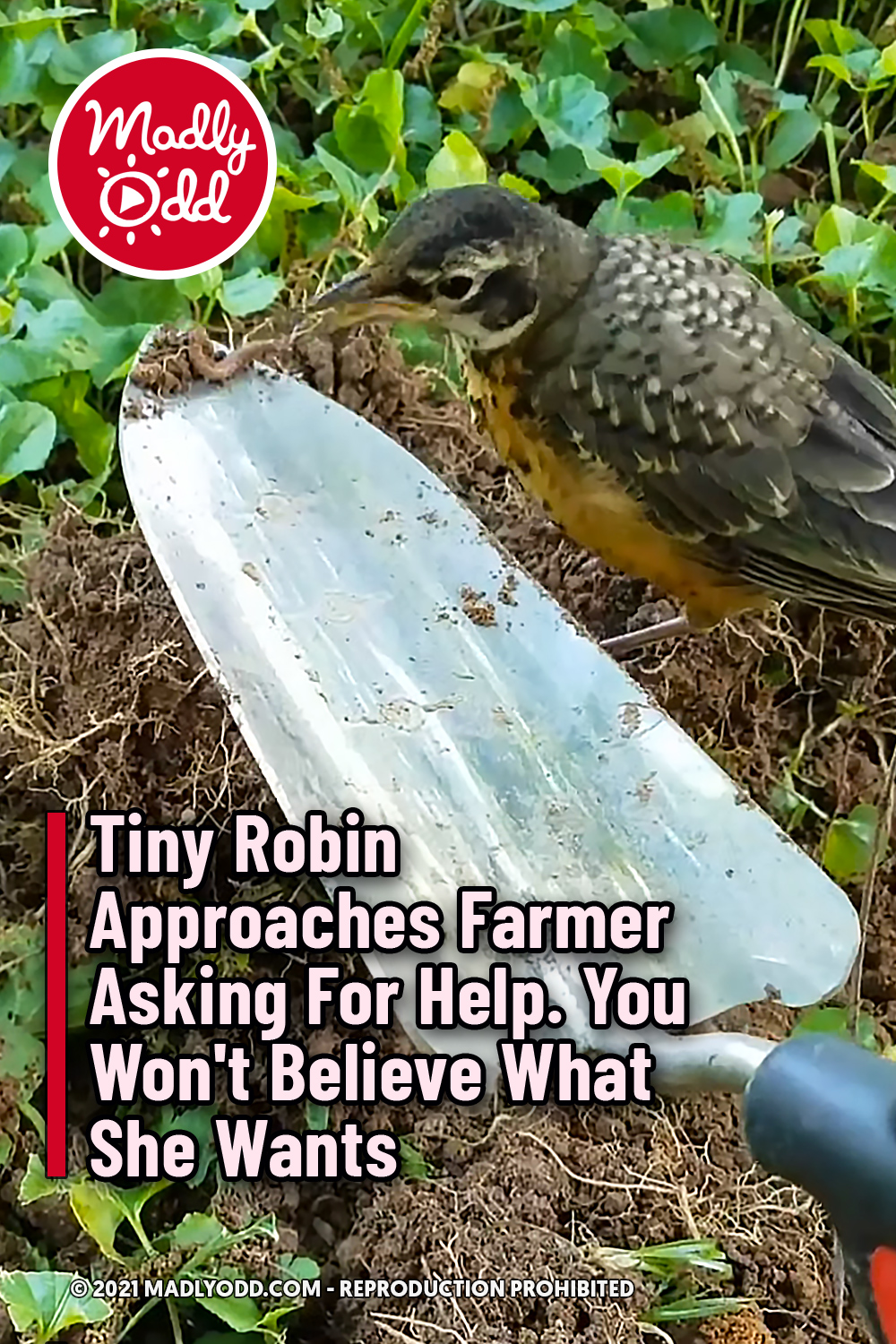