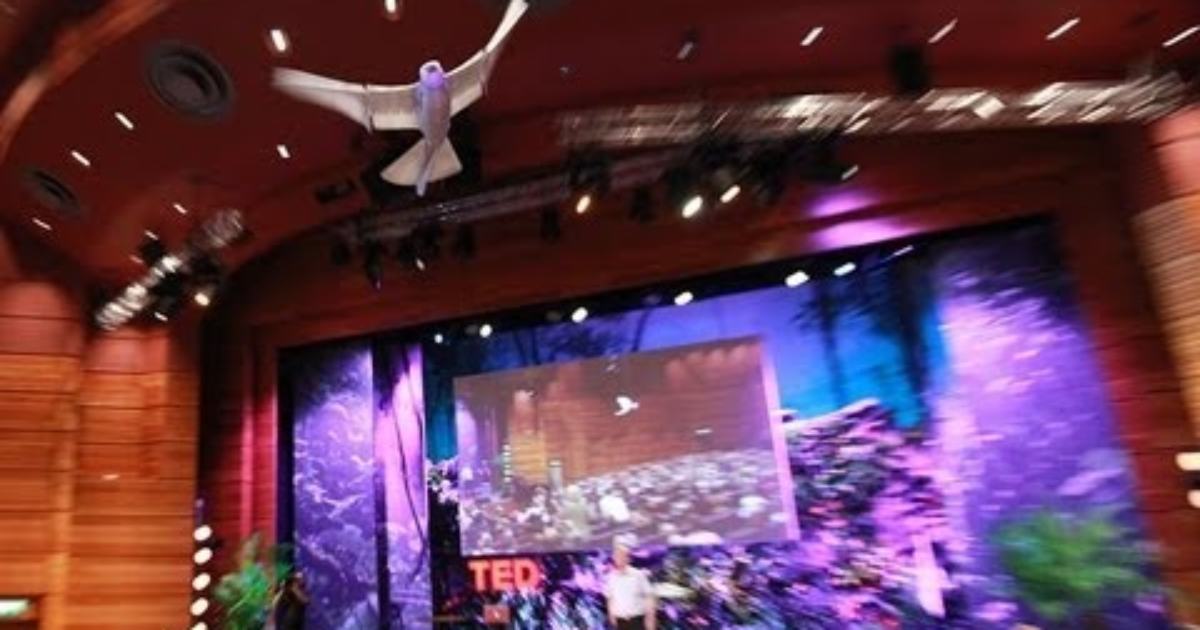 Markus Fischer explained in his TEDGlobal 2011 talk that his company, Festo, built the robotic bird to learn about how animals fly. Then they set it free inside the Edinburgh International Conference Centre to capture our hearts.

Flying like a bird is one of mankind’s oldest desires. When you ask a child which superpower they want, most of them will choose flight.

That is why Markus Fischer and his team at Festo built SmartBird, a large, lightweight robot, modeled on a seagull, that flies by flapping its wings. They modeled their bird after the herring gull which has a swooping motion in its flight. When they send this over the heads of the spectators during Markus’ TEDGlobal 2011 talk, their gasps are all of us.