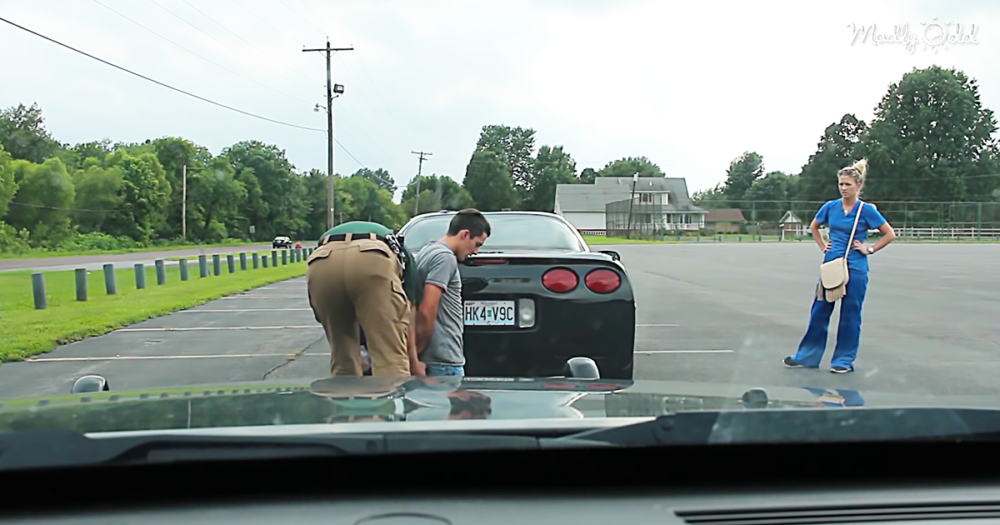 Pulling someone over, even for a routine infraction, is always a stressful thing for a police officer. Usually, the driver is an ordinary citizen who is simply embarrassed. But what makes pulling a car over so stressful is that there’s always a chance that the person in the car is a violent and desperate criminal. Numerous police officers have been injured or killed after pulling someone over.

The video we’ve posted below is not what you usually see on a police dashcam. It starts normally enough, with a police officer pulling over a Corvette and asking the driver for his license and insurance papers. Then he says that a Corvette was reported as having failed to signal at a nearby intersection. “Is that you? …Driving fast… That wasn’t you? Okay, I need you to step out for me.” So the young man who was driving gets out and follows the officer’s instructions to stand nearby. A young woman who was sitting in the back seat is also asked to get out of the car. When the driver gets the classic hands-on-the-car frisking, the officer finds something suspicious. Like a cop who’s seen it all, he sighs, “That’s what I thought.”

The woman who was in the back seat of the car becomes a lot more nervous when she hears the cop tell the driver, “Okay. Right, sir, I need you to turn around. I need you to get on your knees, please. For my safety and yours, I need you to put your hands behind your back, okay?” But as you’ll see in the video, this traffic stop soon takes a turn for the dramatic. The next question the man on the ground asks will change his life forever. 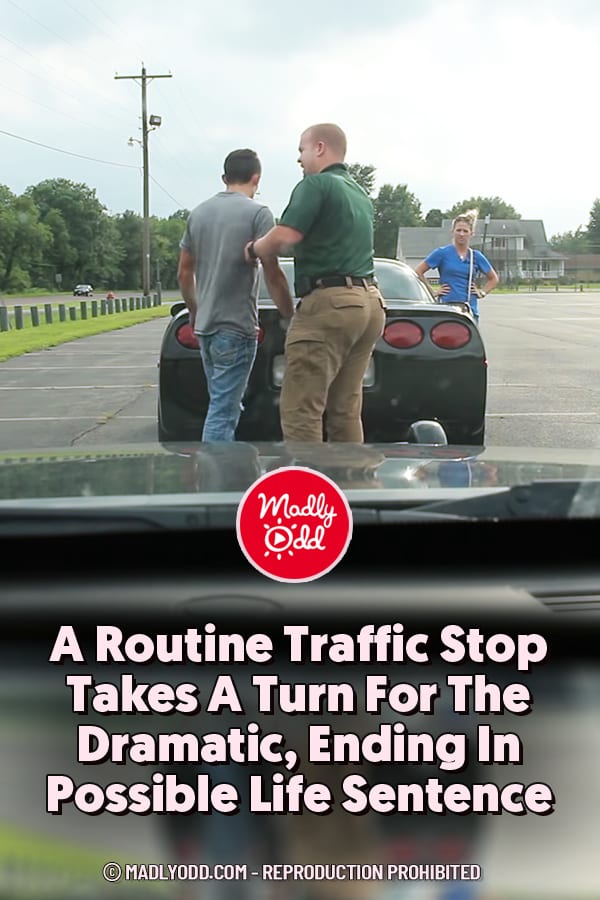