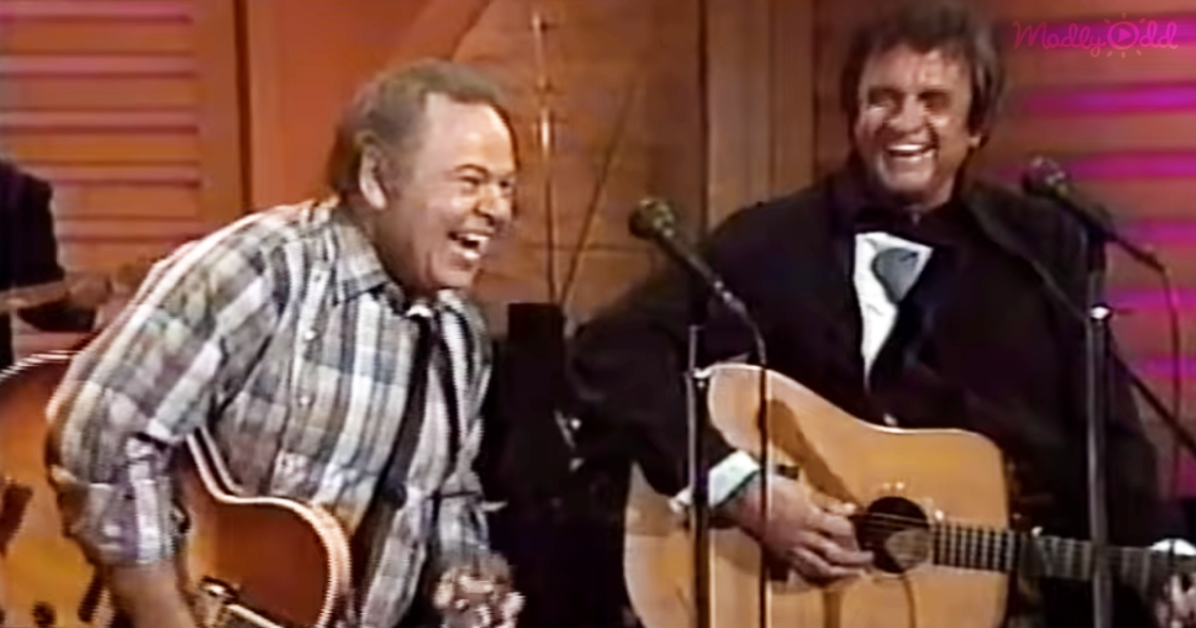 Many people remember the antics of Roy Clark, one of the musical mainstays of ‘Hee Haw’.

Way back in 1964 on the Jimmy Dean Show he performed an amusing version of Johnny Cash’s “Folsom Prison Blues.” 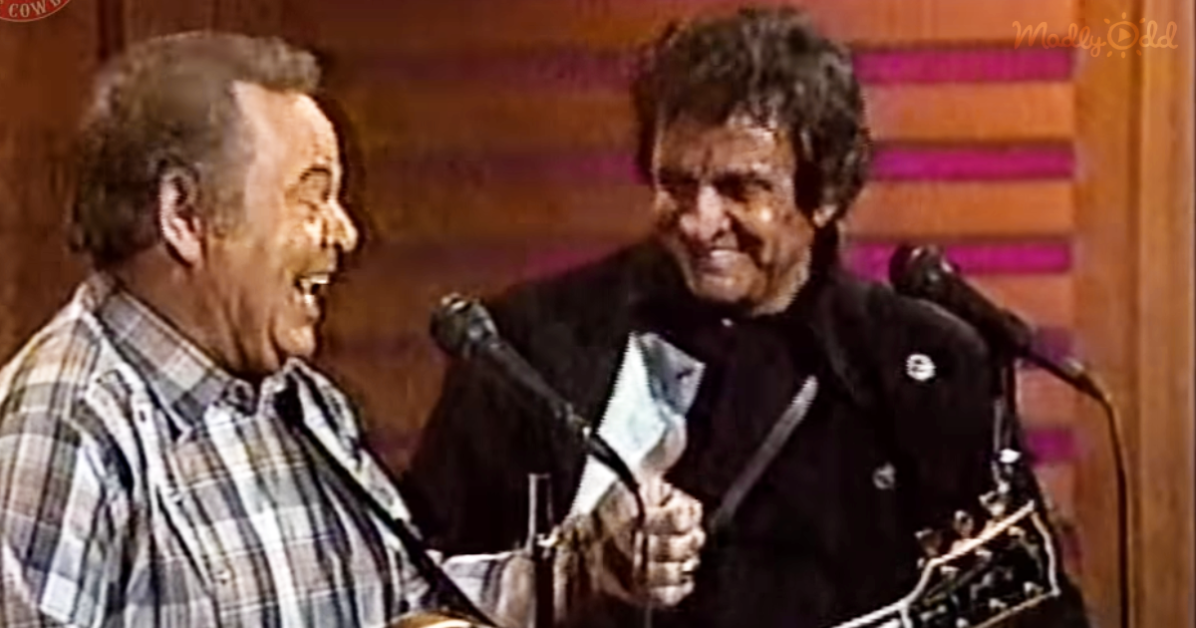 Years later he had the opportunity to sing that very song in a duet with the famous singer-songwriter himself, Johnny Cash.

Cash starts the first part of the song as he always does. When it is Clark’s turn to take over, the audience is waiting in anticipation for a surprise. Clark does not disappoint them.

First, he makes his guitar sound like a machine gun. Then he places the guitar horizontally to play slide using a drinking glass as a slide. Cash laughs and beams his amazement at Clark’s talent.

As Cash finishes the next part, he eggs Clark on by saying “I can’t wait to see what you’re going to do now.”

Again, Clark has the audience in stitches with his antics. You have to watch the video to the end to see how Clarke finished the song.

If this Cash/Clark duet tickled your fancy, share their performance with your friends because a pairing like this comes along only once a lifetime.