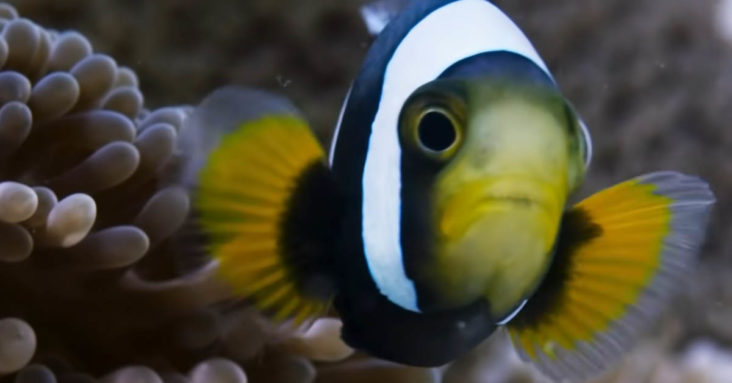 Deep in the vast expanse of the ocean, a family of saddleback clownfish has found their home. A carpeted anemone will keep them protected because it can kill while they are immune to its poison.

For the anemone, the family now keeps it clean of debris and dirt. The ruler of the family is a large female, marked by a white face that shows she is boss. A diminutive male has to prove his worth by working tirelessly.

There is no safe and flat place for the female to lay her eggs, thus it has become a great challenge for the male to find such a place. Near their home, there is a shell that could work. 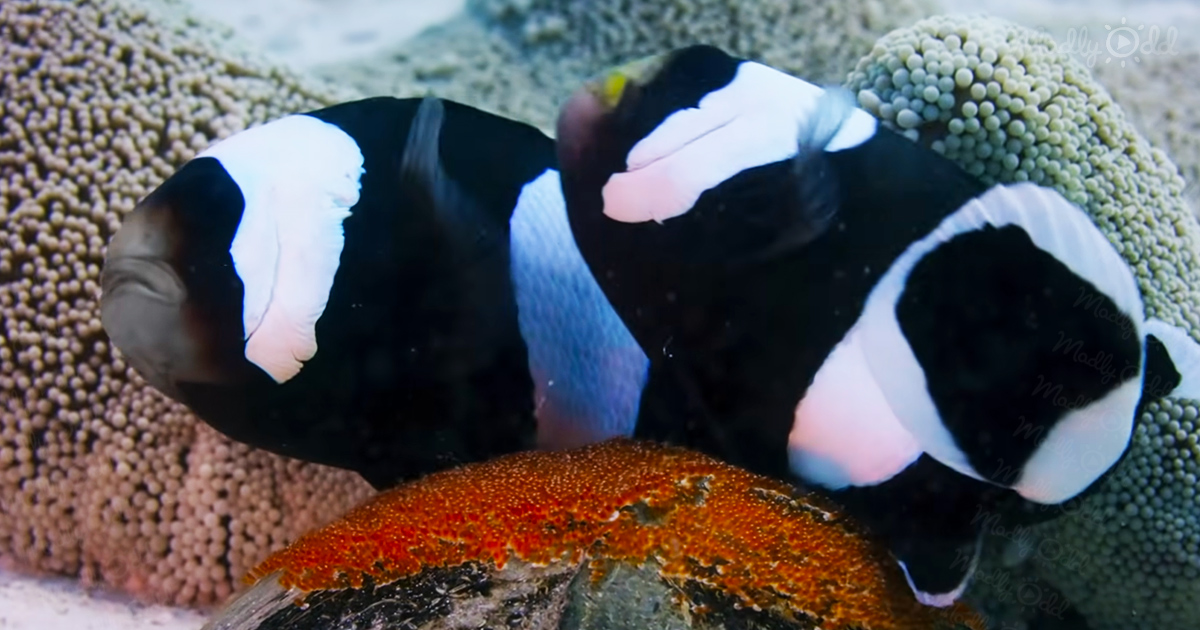 He tries to move it and it is too heavy, also there is a hermit crab living in it. Thankfully the sand flats are swept by tidal currents twice a day. An old plastic bottle appears, but it is not heavy enough.

A coconut shell is carried in by the current. It looks just right but it is relatively far from home. The male can’t move it by himself. He gets help from his family to bring it to the anemone.

He adjusts the tentacles of the anemone in order to tuck in the shell. Then finally the female lays her eggs on the shell.

The male proves himself worthy then fertilizes them. He takes care of the eggs, keeping them clean and healthy until they hatch in 10 days.