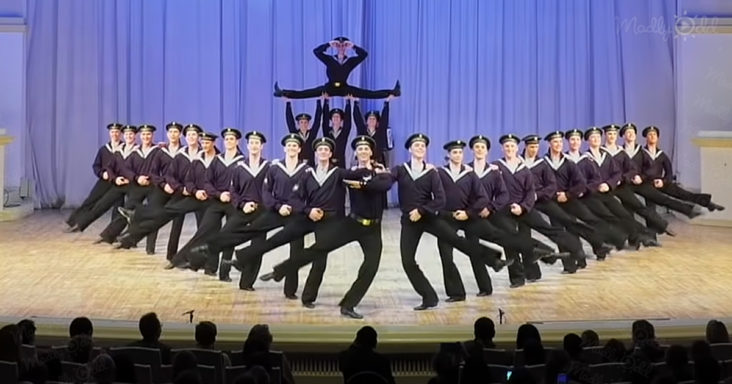 A professional ballet team from Russia is turning heads with a dance routine choreographed by Igor Alexandrovich Moiseyev, in which they’re seen performing moves that appear to be gravity-defying. Dressed as sailors, this performance was part of a Naval Suite called “Day on the Ship.”

Throughout the dance, anywhere from one to four dancers are seen taking center stage to perform outstanding solos, such as the one dancer who performed his routine while playing the accordion.

However, the synchronized movements of the entire troupe across the whole stage are truly mesmerizing. The coordination and fluidity in these sections are truly a sight to behold. 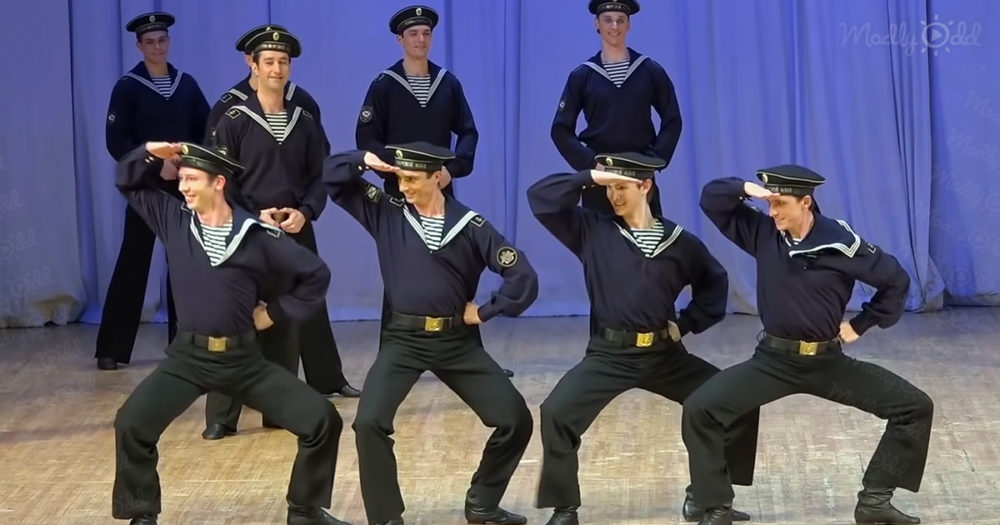 Igor Alexandrovich Moiseyev, more commonly known as I. Moiseyev, was a famous 20th-century choreographer of character dance, a style rooted in folk dance but with a more contemporary flair.

The rehearsal footage gives us a glimpse of the amount of practice that goes into nailing a performance like this. Even though it is just a rehearsal, the dancers seem to be pretty close to perfecting the routine.

Ballet dancing originated in the 15th century during the Italian Renaissance, later developing into a concert dance form in France and Russia. Although it did originate in France and Italy, Russia is now considered the epicenter of ballet.

They are dancing to a Russian folk song called “Yablochko,” meaning “little apple.” It was originally composed as an accompaniment for the Russian chastushka style of song and dance.