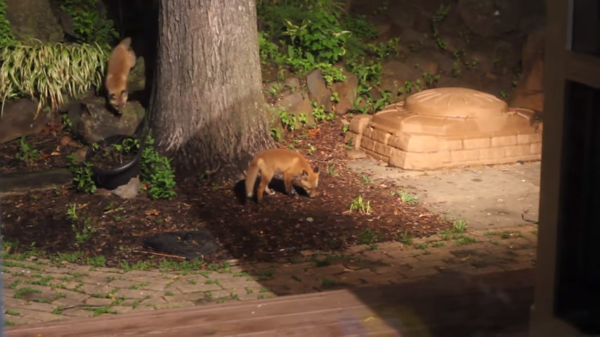 Of course, if you’re a fan of animal videos, you’ve probably seen plenty of clips of puppies and kittens being adorable, but have you ever seen a baby fox playing?

It’s not a common sight at all, but it’s something that can make anyone’s heart melt in an instant. I mean, just look at the little fox in the video below! He looks like he’s having the time of his life with his favorite toy.

One of the cutest things in the whole wide world is definitely a baby fox. You are going to agree with me when you see the video featured below. The following clip shows two playful baby foxes, and it is the best thing I have seen today. 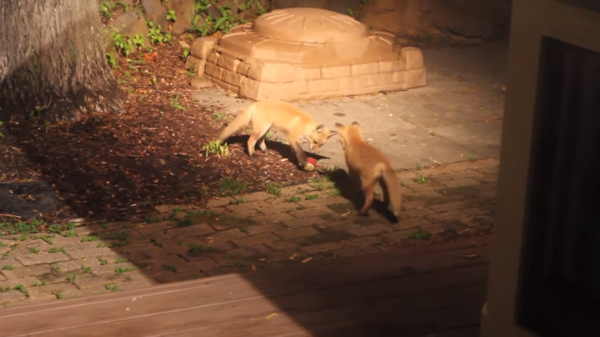 These tiny babies were captured in a backyard playing with a tennis ball (which apparently belongs to the resident dog). They really have the mannerisms of a cat, and it’s so freaking cute! They are full of energy and curiosity! You just can’t help but melt when you see them play.

These foxes are just babies, and it seems they have found a new toy to obsess over. I wondered if they had ever seen a tennis ball before as soon as I saw them playing with it. One of them won’t leave it alone, and the other seems a bit afraid of it. But they are both having a good time in this backyard.

They are so playful and cute. It will make your day just watching them have fun. They are like a supreme combo of a cat and a dog! What more would you need right?

Watch them play in the video below! Aren’t they adorable? Let us know how you felt watching it in the comments section!

Follow-up: “They’re baaaack!” writes the homeowner who captured this footage. “If they are going to keep me up, we all might as well have some fun with a laser pointer!”