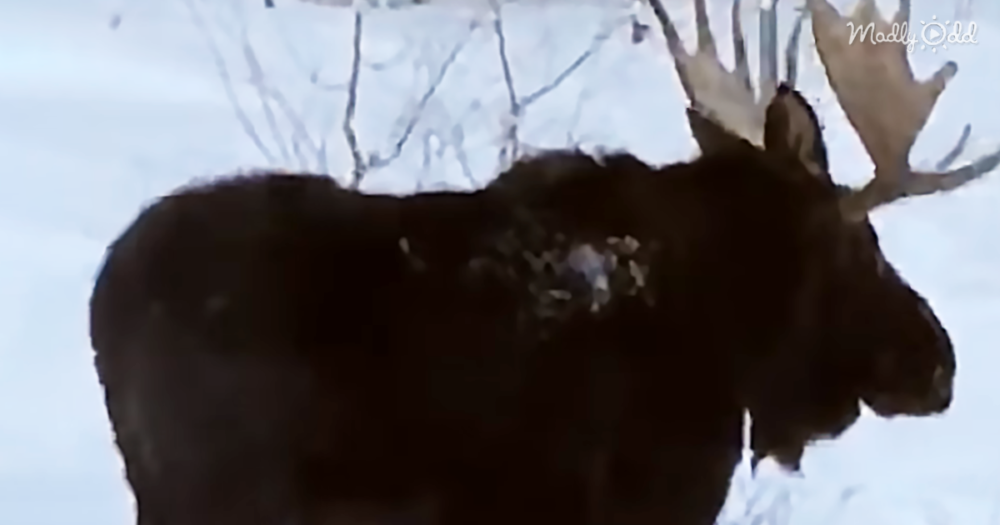 Moose have some of the most distinctive antlers in the world. They start growing antlers once they reach a certain age, and only males grow them. In this clip, an astonished Wyoming family records from their window as a moose sheds one of its antlers. All male moose grow and lose their antlers each year, but it’s rare to catch the sight on camera.

The family was really captured by the beauty of the huge animal. But when he shook his head, they were shocked completely. One of his antlers, which probably was around 40 pounds, fell down on the snow. The moose might be used to the shedding, but the alarmed human family definitely was not, but dad knew all about this shedding of antlers and assured his family it is normal and that it does not cause any pain to the moose either. 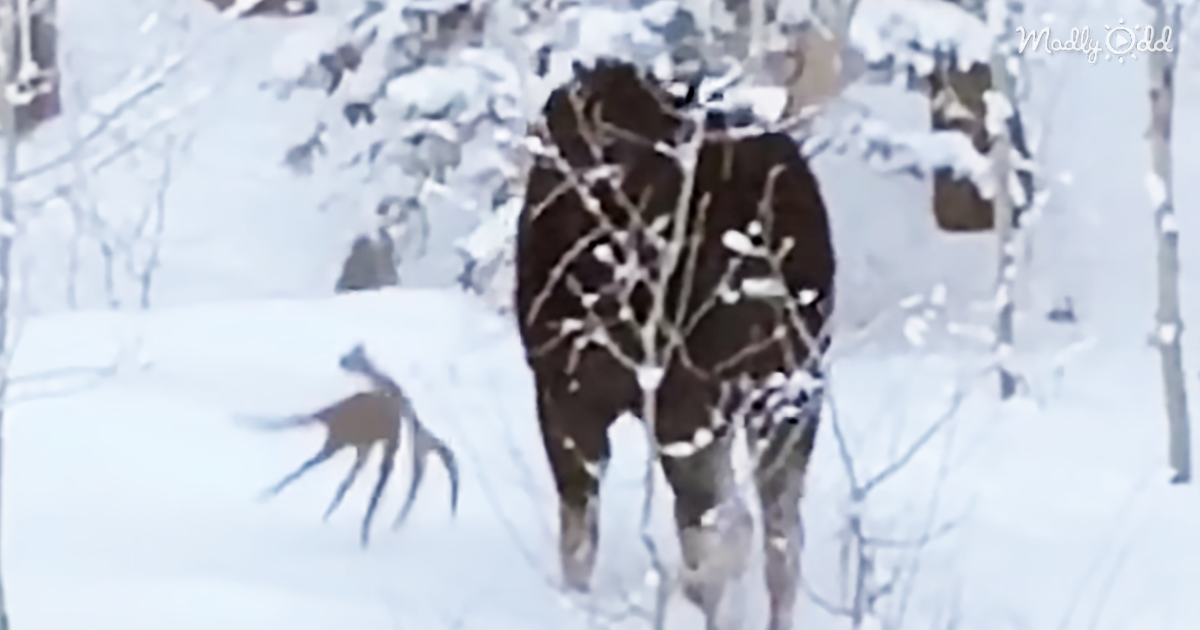 He looks a bit lopsided now, with only one antler, but he doesn’t seem the least bit bothered by it. He goes on munching on something in the snow. An adult moose like this one can weigh as much as 1700 pounds, and this one certainly looks close to that.

It’s great that this family got to see this common, but rarely witnessed occurrence of a moose shedding its antlers. They use them to fight during mating season, but this isn’t in the winter, so they shed them and grow new ones before spring. Amazing, right?