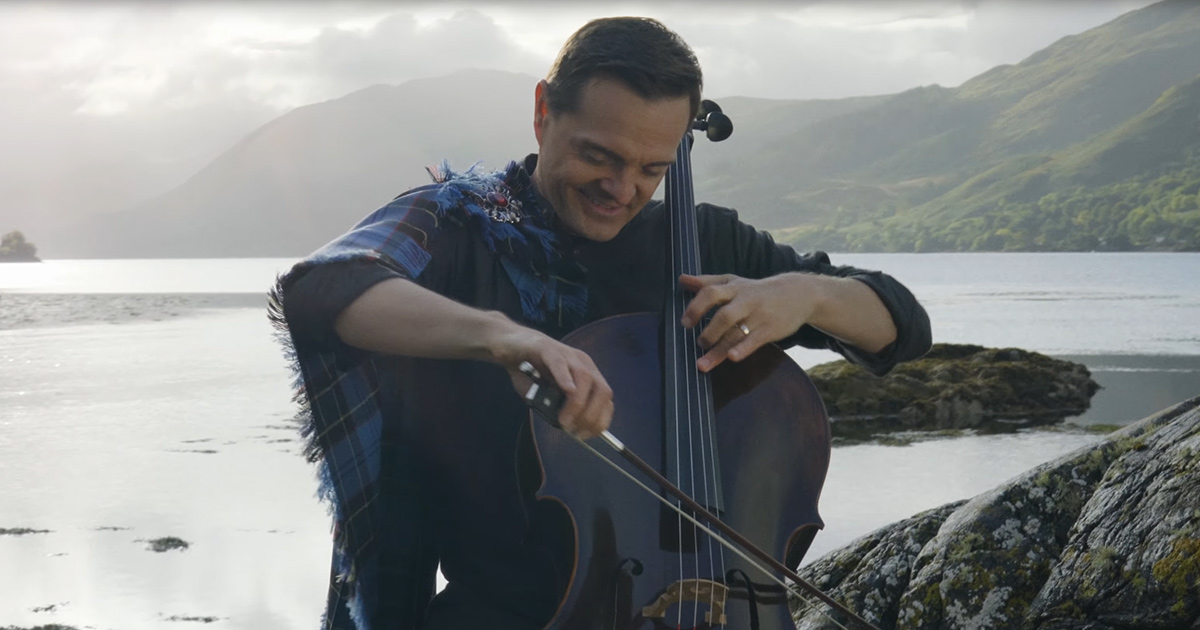 How do you remake a top 10 pop sensation like Rachel Platten’s “Fight Song”? If you’re The Piano Guys, you mix it with “Amazing Grace,” bring in a Scottish drumline and bagpipes, and film it in the stunning Scottish highlands.

The Piano Guys’ pianist Jon Schmidt and cellist Steve Nelson, backed by videographer Paul Anderson and producer Al van der Beek, have been putting out viral music videos since 2010. When they took on “Fight Song,” they knew snares and bagpipes would boost the drama. And where there are bagpipes, there’s “Amazing Grace.”

The video opens with stunning aerial views of Scotland while the snares rattle off the beat. Jon begins the “Fight Song” melody on the piano, which is soon taken over by Steve on cello. The full drumline joins in on the chorus, adorned in traditional Scottish caps and kilts. Steve then transitions into “Amazing Grace” before both tunes are overlaid in the inspiring final chorus.

The Piano Guys started when Paul Anderson turned to viral videos as a way to promote his shop of the same name. When Jon stopped by to practice before a concert, he became not only one of those videos but the spark that lit a new ensemble. Their goal? “To make a positive impact in the lives of people all over the world through music videos.”