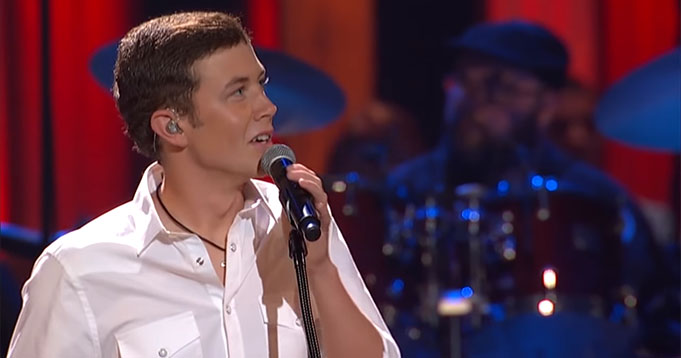 Scotty McCreery was the 10th winner of American Idol in 2011. A year later he was accepted into Grand Ole Opry, and this video is one of the songs he sang at the Opry.

This is his cover of “The Dance” by Garth Brooks, probably his second most popular song after the brilliant “Friends in Low Places.” 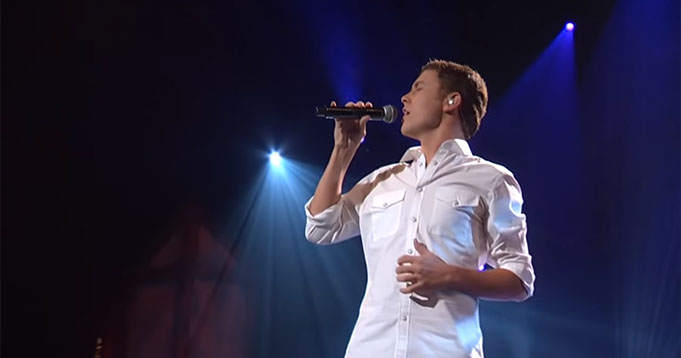 Brooks has said that the song was written with a double meaning.

It is both a love song about the end of a passionate relationship and a story of someone dying because of something he believes in, after a moment of glory.

It is well worth your while to check out this video because it is impossible not to like this cover of “The Dance.”

I’ve heard Scotty do some songs of other singers. Garth Brooks, Conway Twitty, and Josh Turner to mention a few. I’d love to see him put out an album with a collection of these old songs. I would buy them in a heartbeat.

Scotty’s success continues to this day. He won various awards including Album of the Year and the Breakthrough Artist Award. In May he released his first book, “Go Big or Go Home: The Journey Toward the Dream,” which journals his beginnings and his challenges as a young star. Watch the video below for a glimpse at this fantabulous singer. Join the discussion down below after you watch and share.