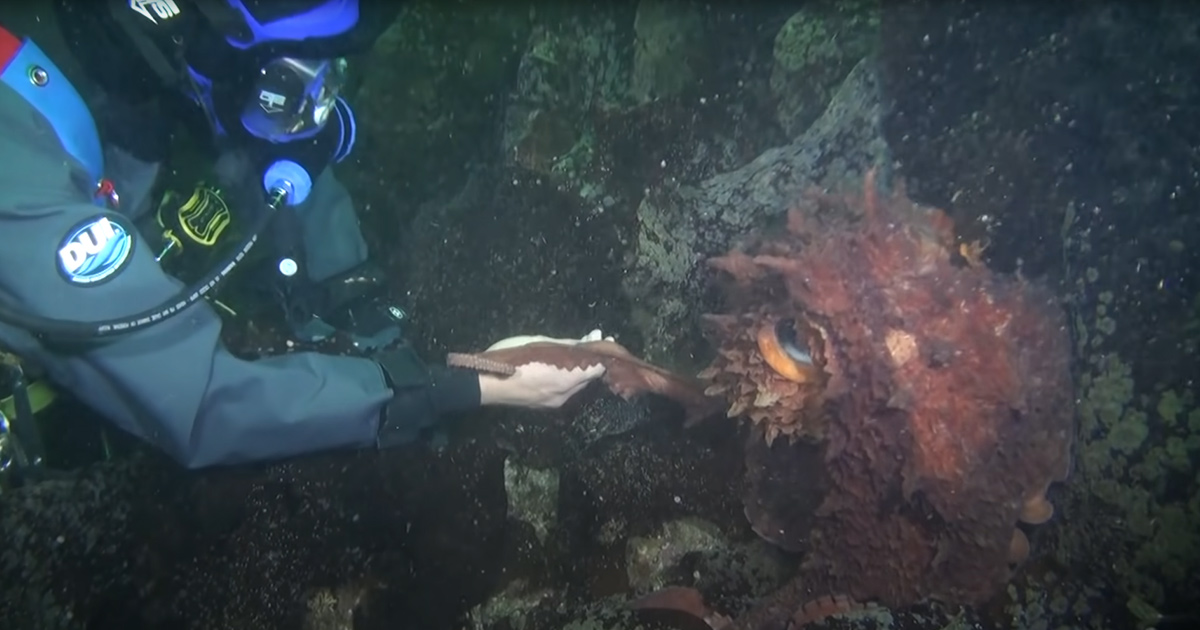 Many people take up a scuba diving class when they go on a tropical vacation. A well-trained scuba diver gets a unique experience when he encounters a massive giant pacific octopus on one of his dives.

Underwater photographer Justin Hofman was enjoying a day in the ocean off the coast of Alaska when he came upon something peculiar. He spotted his favorite type of octopus and decided to get a little closer.

The octopus swam away, but Justin slowly and gently approached it, allowing the sea creature to inspect him with his tentacles. Hofman remarks that it was such a cool experience to feel the suckers and be so close to such a magical animal.

They two had a wholesome interaction that left Justin speechless. He never expected to share such an intimate moment with his favorite animal. Luckily, he caught it all on camera, and it’s truly astounding to see.