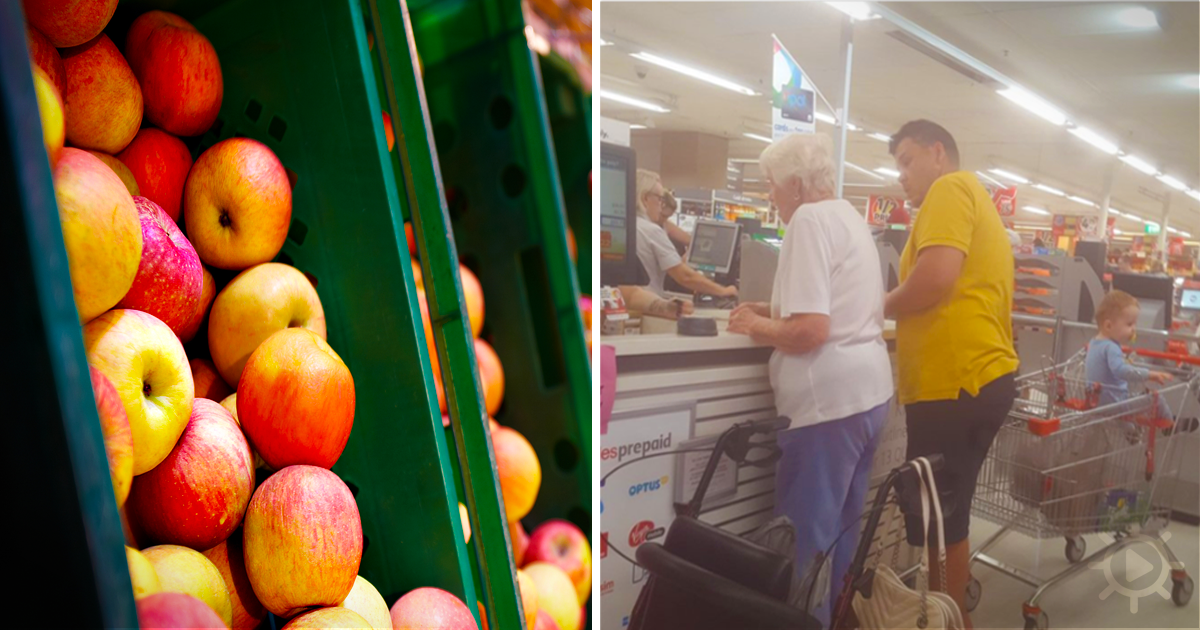 At times it seems like the world is out of control, consumed by hatred and darkness. That makes it all the more refreshing to hear about someone performing a simple act of kindness for someone else. In a way, it’s a simple thing: one ordinary person sees someone in need and decides to help out. And yet it can serve as a source of comfort and inspiration for so many more people, should they find out about it.

Ryan O’Donnell, a father of two, has won world-wide acclaim for the act of kindness he performed in a supermarket in Australia. What he did was all the more remarkable because he had his kids in tow. As any parent knows, if you’ve brought the kids along, hitting the grocery store isn’t so simple as making a quick tour of the aisles to grab everything on your list. Kids, get bored, cranky, throw tantrums, and much more. If you’ve brought the kids to the store with you, you’re going to be distracted and probably mentally counting to ten a lot.

Despite having two energetic kids on his hands, O’Donnell noticed that the elderly woman in line in front of him at the check out was having a problem paying. Her bank card kept getting rejected, obviously because she didn’t have enough money in her account. On the spur of the moment, he asked the cashier how much the woman’s groceries cost. The total was $44, so he gave the lady a $50 bill! When she asked how she could repay his kindness, O’Donnell simply told her, “Don’t worry. Have a good day.”

Another shopper saw all this, snapped a photo on his phone, and posted it to Twitter. There was a ton of positive feedback, with people calling O’Donnell a hero. His own take on it is that he was just doing what his parents taught him: helping others!

Astonished by this man’s generosity? Let’s hear from you in the comments at Facebook. Like and share, too: just one way to pay tribute to this good samaritan!