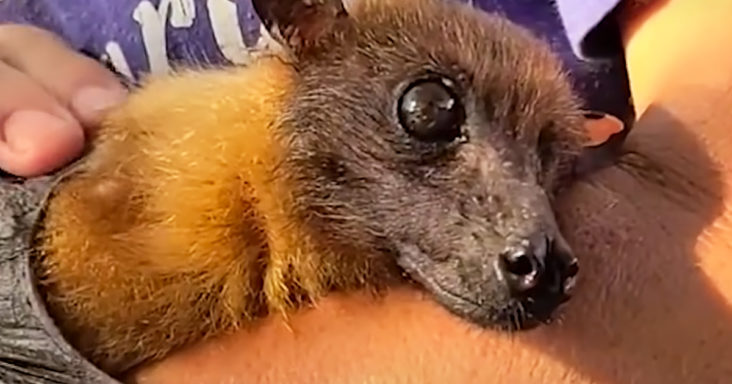 Statler is a 33-year-old fruit bat born at a zoo in 1987. According to Moriah, a senior bat caregiver, he was the oldest living fruit bat in captivity. Statler was kept in a small space for several years and earlier used for educational purposes. 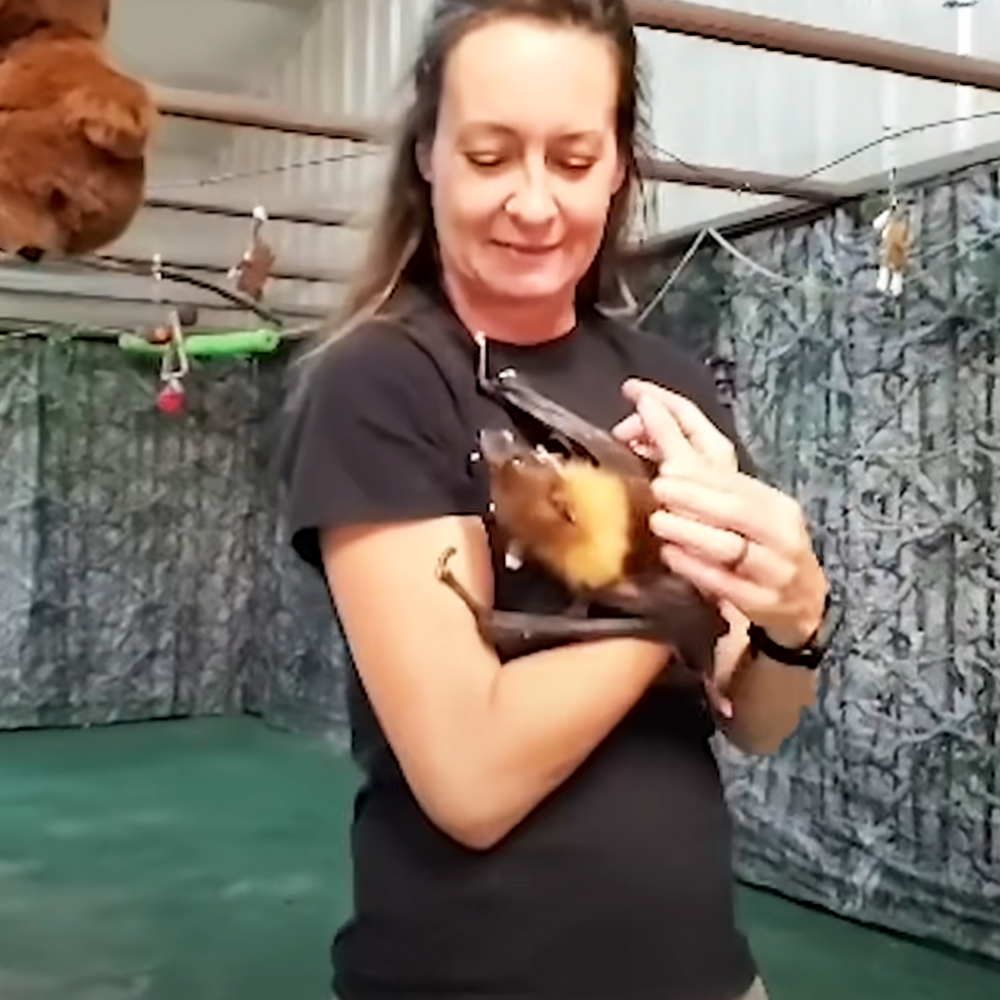 When the poor animal arrived at the Bat World Sanctuary in Texas, he had very long nails. Hence, the caregivers had to cut him out of the wire caging that he came in. Statler initially had trust issues and was not calm at all.

It took time for Moriah to build trust, but she succeeded. She was instantly drawn towards the innocent creature. He suffered from arthritis, had some spots, and only had one eye, but she found Statler very adorable. 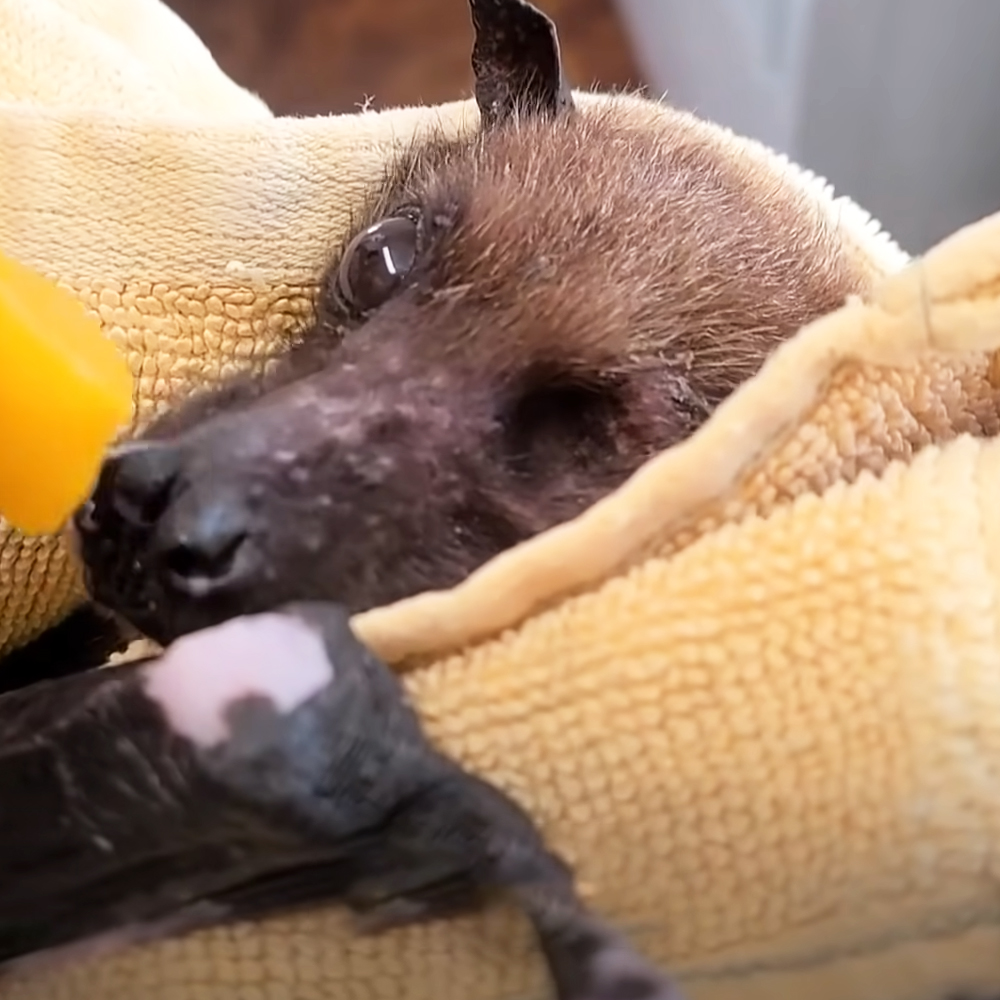 The caregiver gave Statler warm sponge baths in the morning and took him out on lovely days to sunbathe. As soon as Statler got outside, he used to hang on to Moriah’s fingers with his feet, just grooming away like a young boy again, out in the trees.

If he was not grooming, he would just curl around her arms and fall asleep. So Moriah felt really happy when Statler laid in her arms and rested. The fruit bat resides in the sanctuary’s “geribatric” ward with 20 other senior bats. 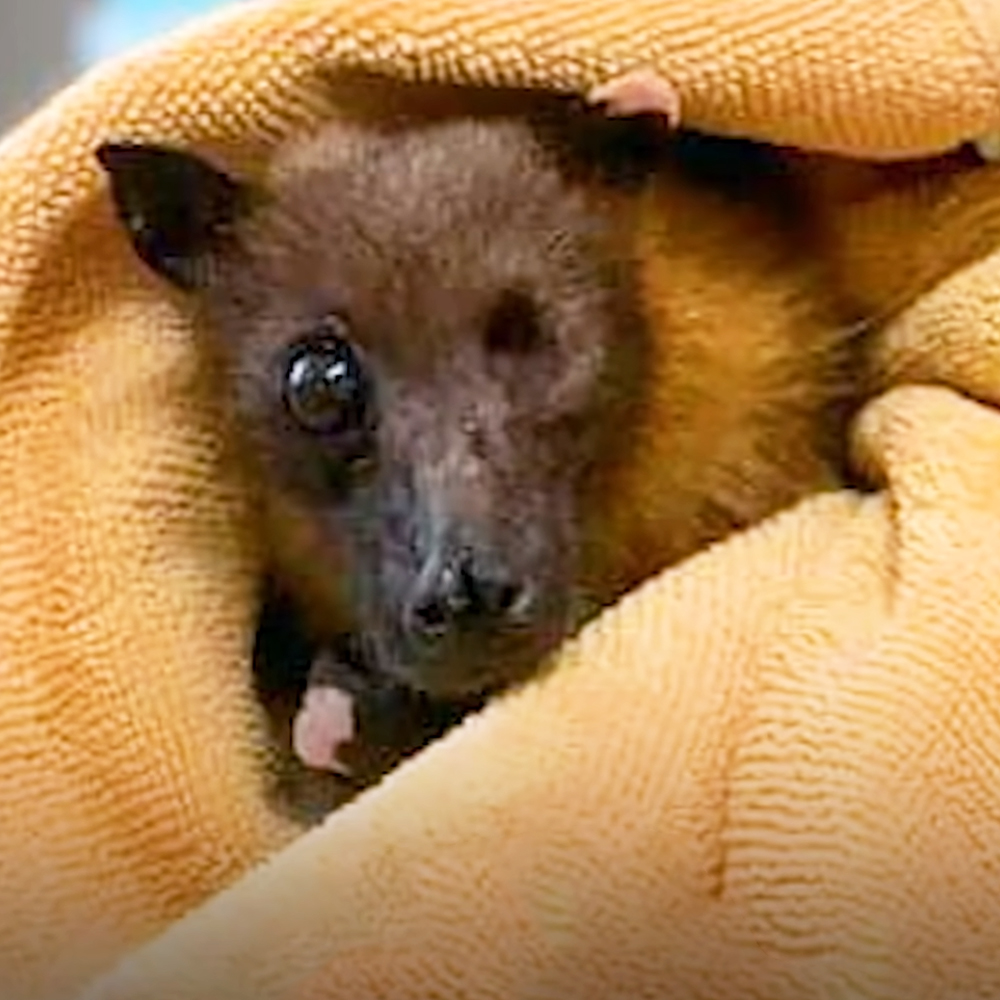 There is more than enough food for everyone, so no one ever competes with one another. The bats could reach out of their hammock and just grab a snack if they wanted to. Statler has become friends with another fruit bat named Starlie & a Rodrigues fruit bat named Chessie.

They got very close to each other. If one went to bed, the other two would follow, and in the morning, the caregivers would find them hanging face to face as if they were having a morning meeting. Moriah was so nervous when she first got Statler, but now, after gaining his love and trust, she feels blessed to be a part of the sanctuary.