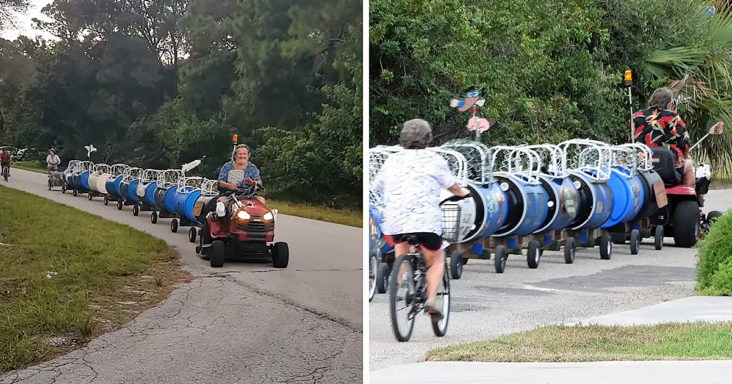 Every Friday, the evening traffic around the Lehigh Acres, Florida, suddenly becomes very pleasing as several happy dogs move around the area on a dog train. Their cheerful chorus on a dog train brightens the street and the life of the little dogs on it. 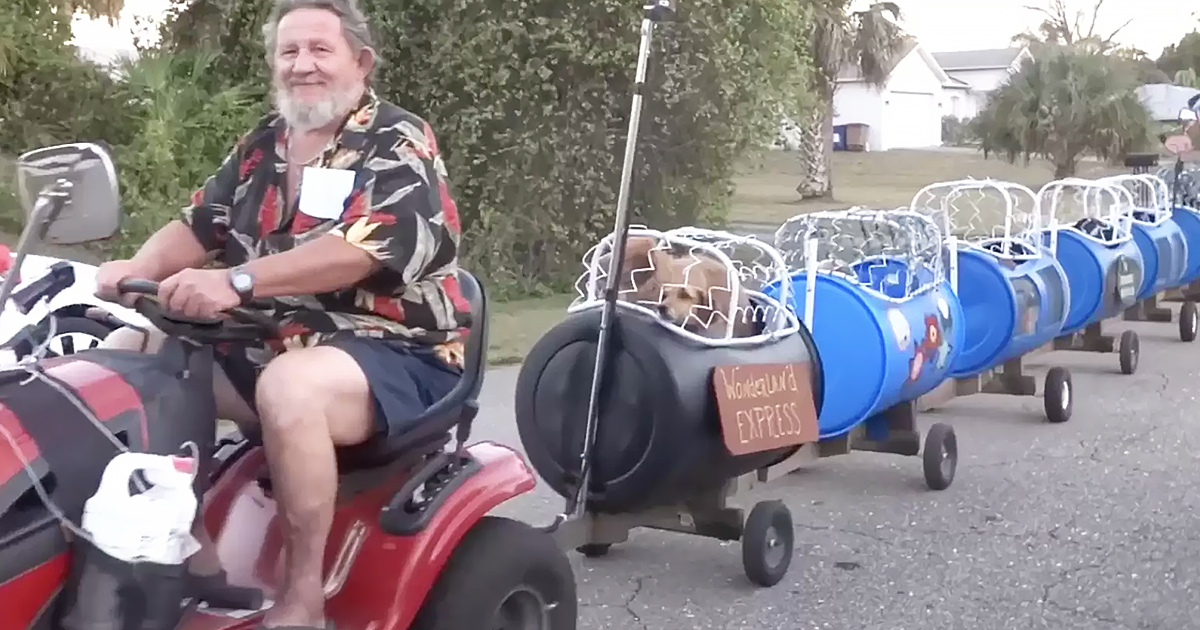 Paul & Alice Johnston moved into the neighborhood in the recent past. They had spent all their life rescuing dogs and used to operate a dog shelter in Costa Rica. The couple did not relocate to Florida alone.

They brought several rescued and homeless dogs with them who were under their care in Costa Rica. The couple could not take so many dogs on a walk or even put them in their car if they wanted to go out. 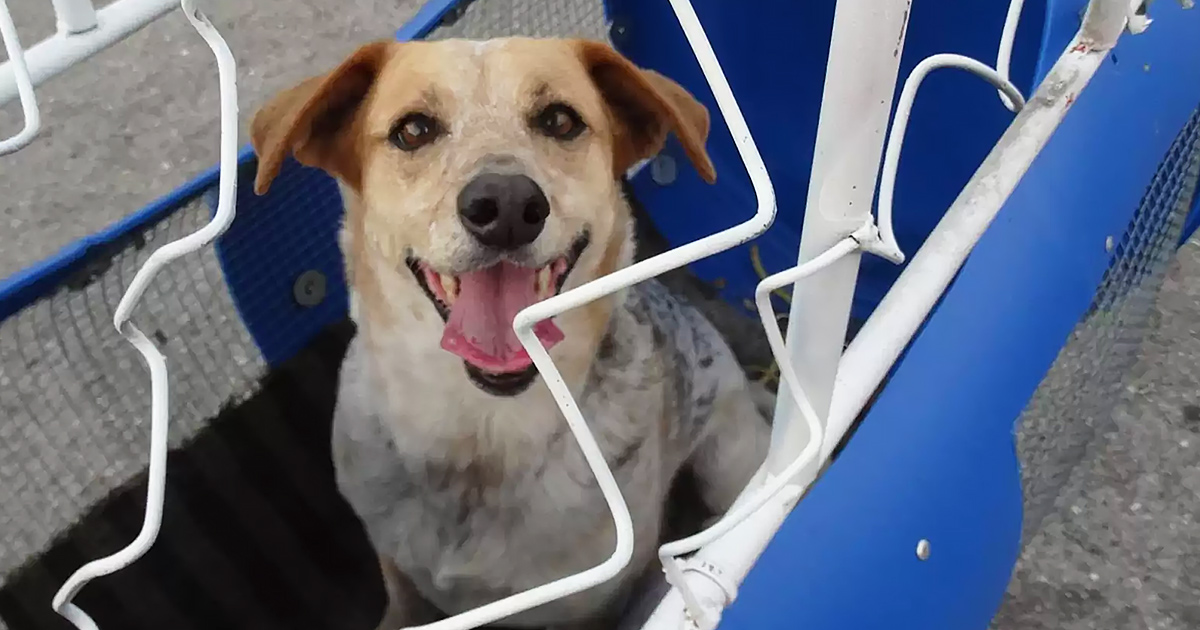 So, the intelligent couple decided to build a train to help their dogs drive around the whole neighborhood together. So, with the help of the lawnmower, Paul pulled the train along the streets.

Alice followed the dog train to make sure that all the dogs were safe and nothing wrong happened while enjoying their ride. So many people in the area loved the sight of the dogs roaming around in their dog train. 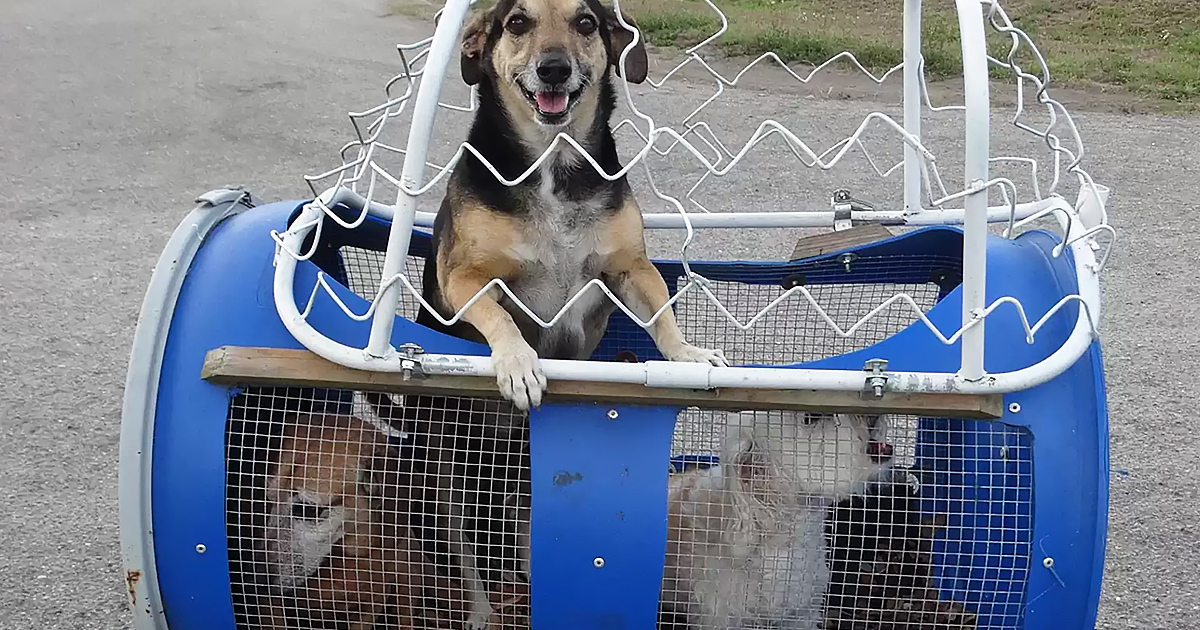 The senior couple was inspired by a man in Texas who built a dog train for his rescue dogs. All the Johnston’s happy dogs barked in chorus to show how much they liked the train ride. They were thrilled about the train rides every Friday.

The couple had the “adopt, don’t shop” slogan written over the dog train. Both of them were happy to find that their dogs and the people around their neighborhood also looked forward to the weekly dog train.