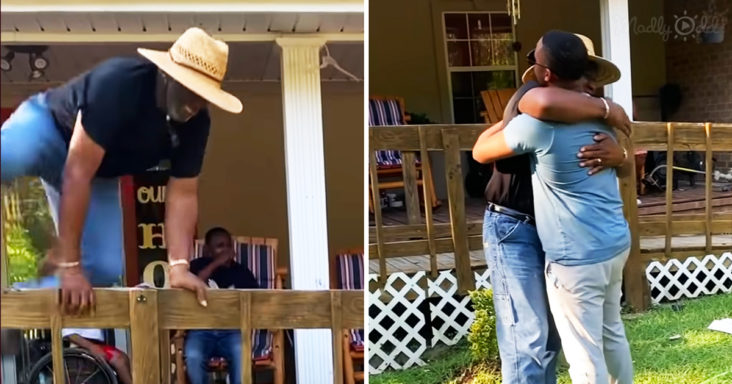 As a boy becomes a man, the most crucial person who he idolizes is his father. However, unfortunately, some fathers find it hard to get along with their sons. While some are friendly and have a very compatible relationship with their sons.

Charles Huddleston (70) is one such father who shares an incredible bond with his son Jarius Huddleston (21). Charles lives in Decatur-Conehatta, Mississippi, whereas Jarius is with the United States Army and posted in Fort Lewis, Washington.

It has been some time since Jarius met his family members because of the pandemic and many other life circumstances. However, he has been with the army for almost 2 years and made a point to contact them every day. 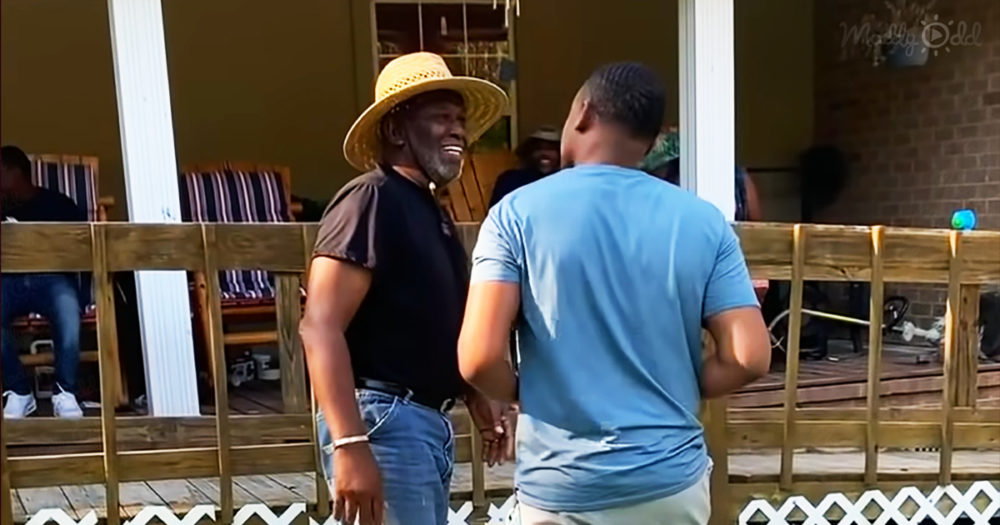 However, he decided to visit his family on an extraordinary occasion. Jarius wanted to surprise his father on his 70th birthday. Fortunately, it meant for a double celebration as it was Father’s Day as well.

Jarius calmly walks to the house and stands in front of the porch fence. As soon as Charles sees his son, he is excited to meet him and leaps over the fence and hugs Jarius tightly.

Jarius wanted to do something special on his father’s 70th birthday; hence, he visited his father. It was an emotional family reunion of a father and son. Later on, Jarius meets his other family members, who were similarly surprised about his visit.

Charles’s jump from the porch fence soon grabbed a lot of views online and went viral. He dreamt of going on a fishing trip with someone and was glad to see his son home. Both Charles and Jarius went fishing the same day and had caught fishes.