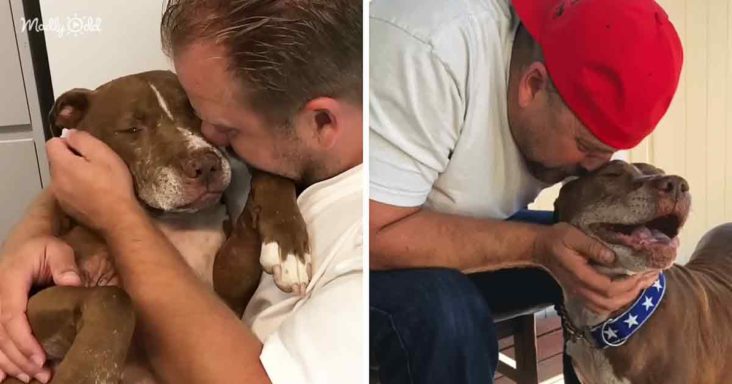 Rusty and Anna had always helped dogs who had needed them. Hence, they always fostered shelter dogs. A few years ago, they had decided to foster Hero, a mix of Pitbull, Staffie & Boston Terrier. 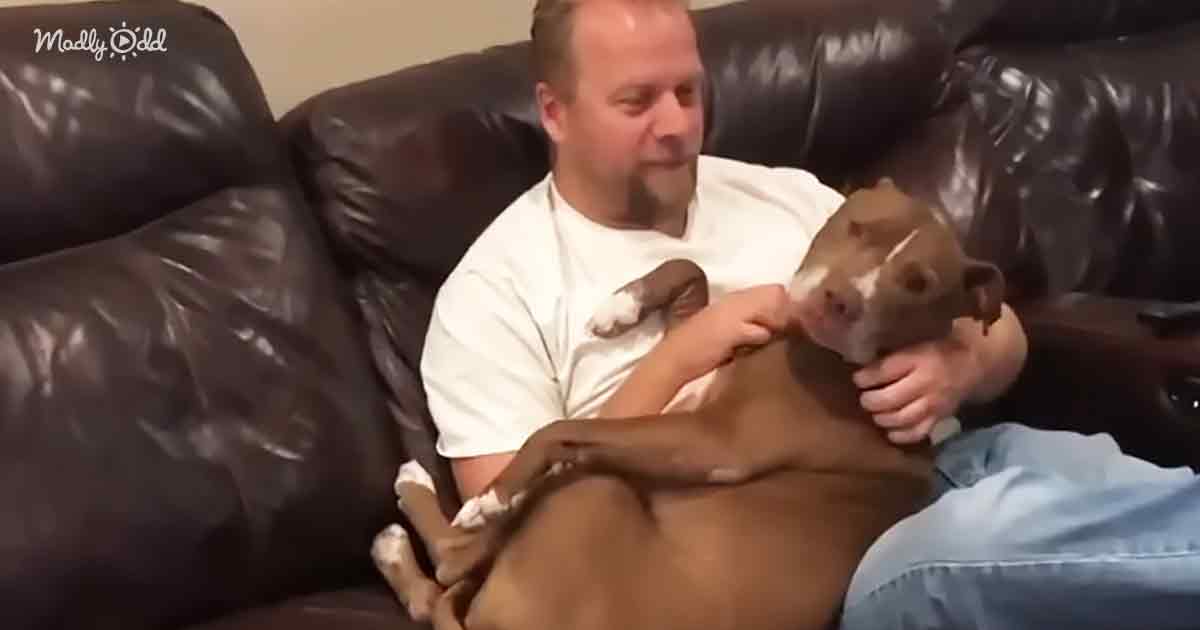 The senior dog had a history of abuse and was rescued by a group called Pit Crew Rescue in Sacramento, California. When the couple decided to foster Hero, they started to bond with the dog.

No person did not fall in love with the cute dog. He had the sweetest smile and was a very gentle and playful dog. But, as they adopted him, the couple wanted to find out if their family dog, Sugar Bear, would accept Hero. 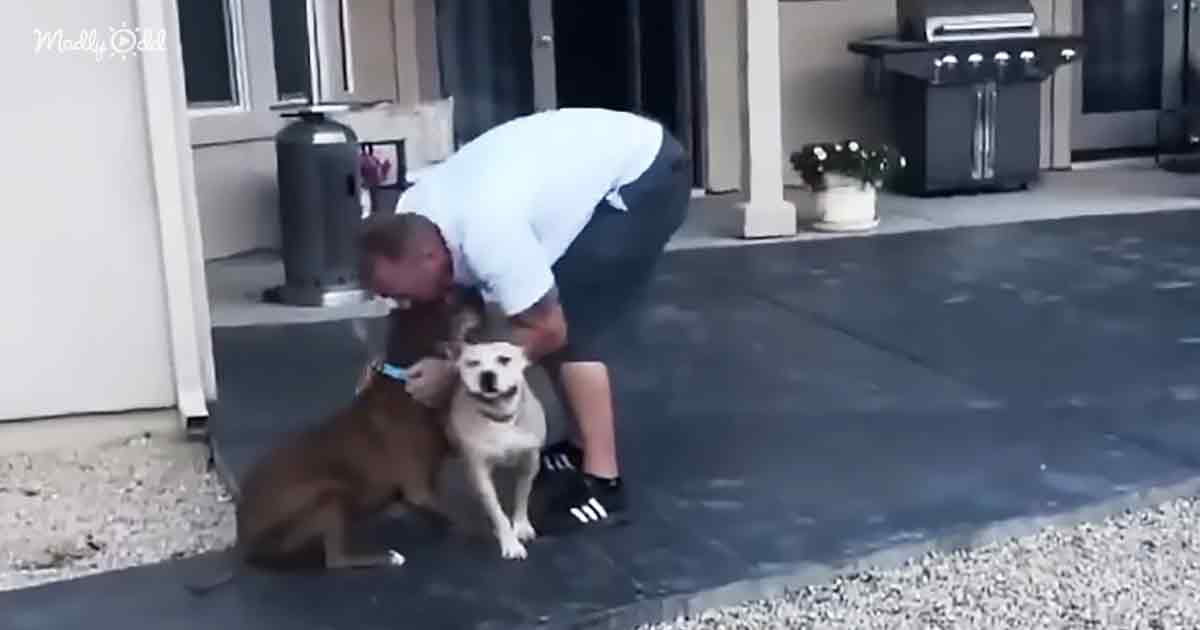 The two dogs instantly bonded, and the couple adopted Hero. The cute Pitbull just wanted to be loved. He wanted Rusty to pet him continuously, and when he stopped, Hero would start to nudge him, reminding him that he was there.

The Pitbull never kissed people, so his dad devised a brilliant idea. Rusty got a hamburger, took out the meat, and smeared it on his lips. Then he got really close to Hero so that he could smell it. From that day on, Hero only kissed his dad. 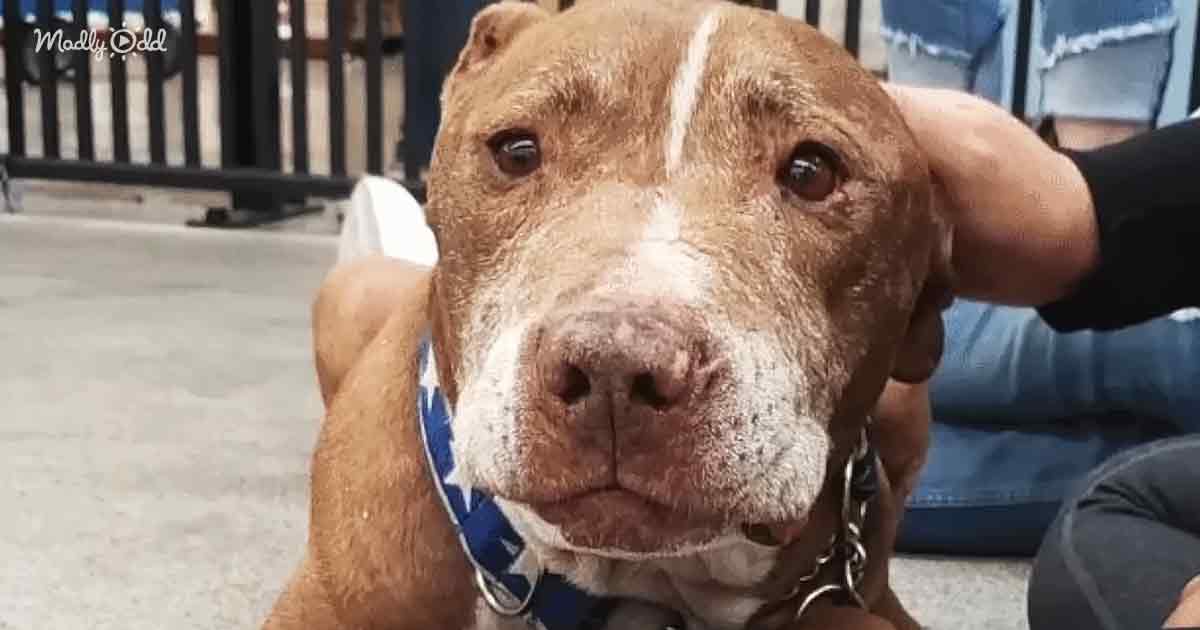 Hero always had a great bond with his dad. All the foster dogs the couple kept knew the muffling sound of their dad’s car and would instantly get alerted. He felt pure joy whenever he came home. He got hugs and kisses.

Anna was more of a caregiver, and it did not matter where she was; Hero would have to follow her. Even if it meant that she was in the bathroom. Recently they were fostering Miss Daisy. The foster parents fell in love with these dogs instantly. The dog’s mom and dad had found Hero when he was around 8 or 9 years old. They just wished they could have seen him sooner.