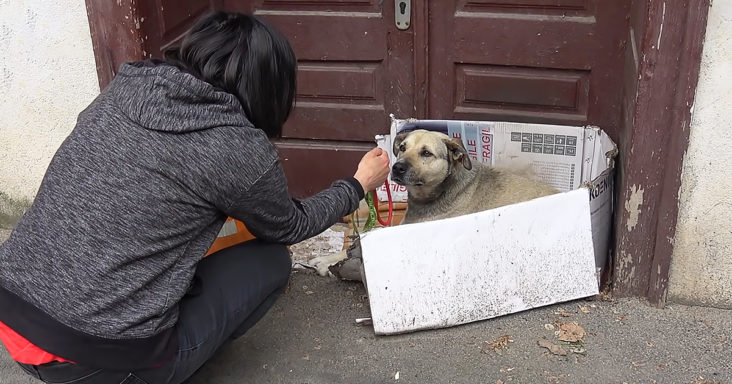 A stray dog who spent her whole life on the street was spotted by a foreign tourist. She was visiting the small resort town and was concerned about the homeless senior dog she kept seeing on the road during her stay. 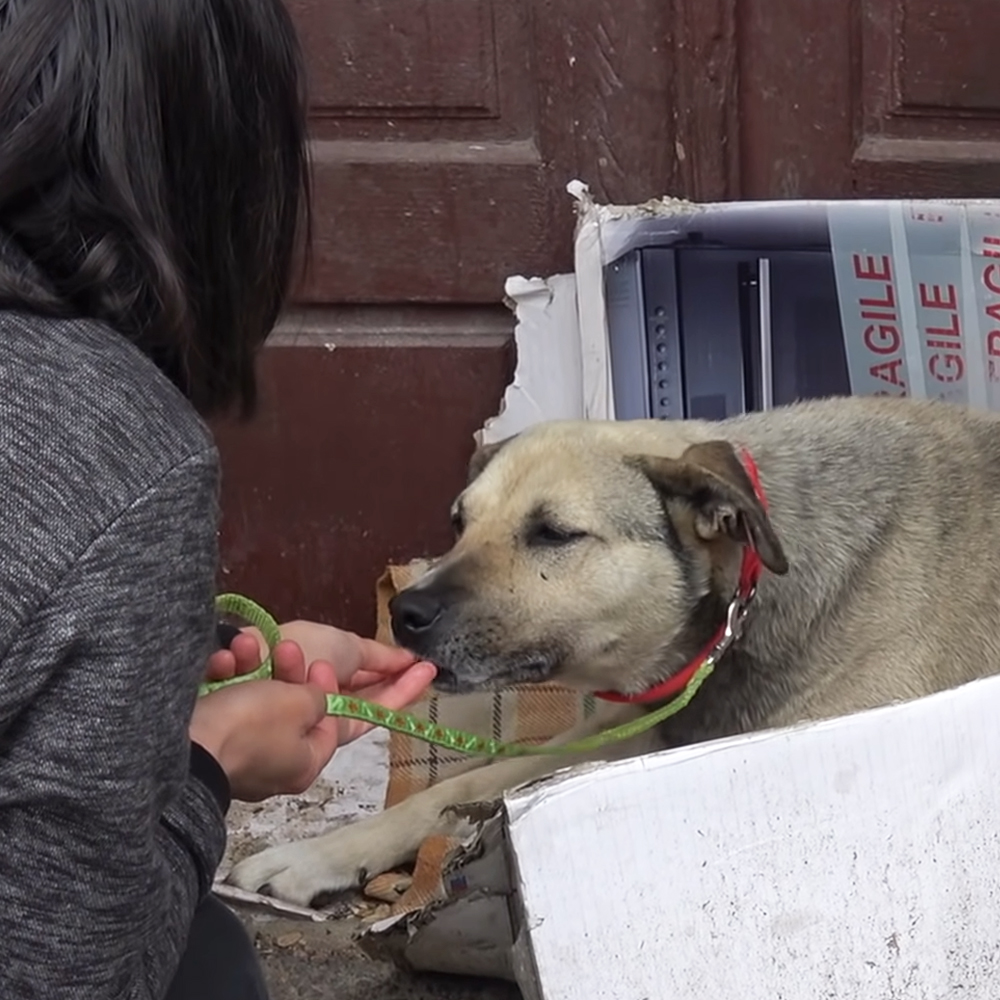 When the rescue team reached the location, the locals told them that the dog had lived in that neighborhood for years, and everyone seemed to know her. As she was later named, Helen was one of the lucky strays as she had a relatively safe place and received food scraps from passersby.

However, life on the street was rough, especially for senior dogs like Helen. She had to face the cold winters, rainy days, and storms. They were also deprived of any medical care. Also, these poor animals were always in danger of getting hit by cars or harmed by not-so-animal-friendly people. 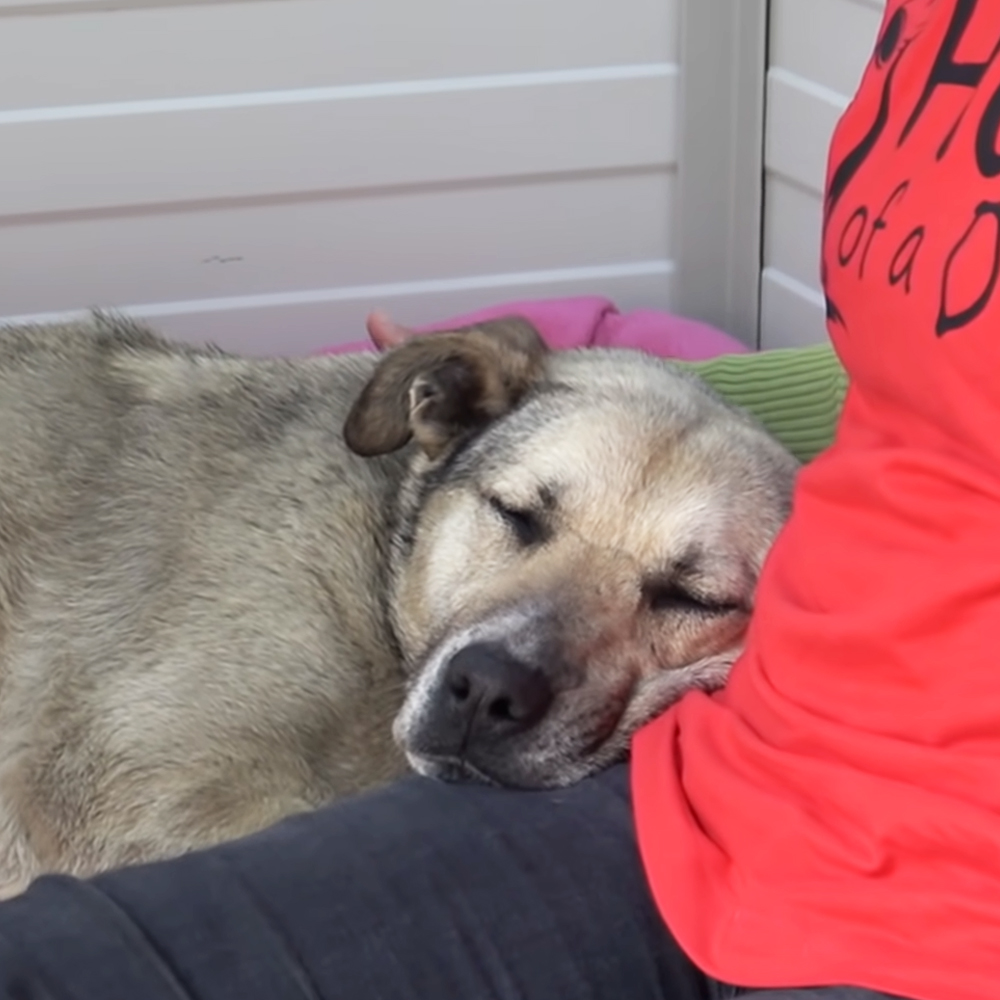 The volunteers got close to the dog and leashed her. The sweet dog waited her whole life for this rescue moment. She ate the treats and followed the volunteer. After placing the dog in the crate, they drove straight to the veterinary clinic, two hours journey.

The plastic tag from Helen’s ear showed that she was a part of a trap-neuter-release program. This meant that she was captured as a stray during that period. She got spayed and was released back on the street. 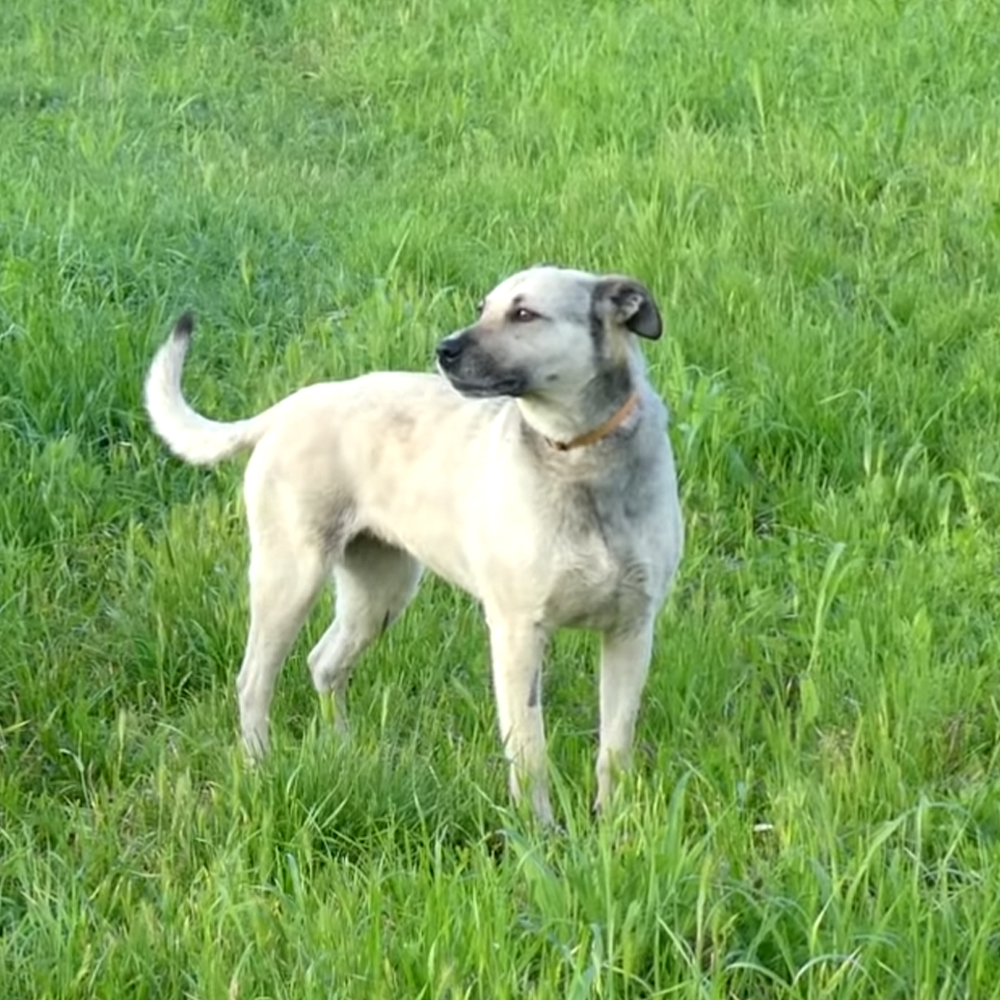 So, Helen had been living on the streets for at least 6 years. She was examined, and the vet ran a series of blood tests. Finally, the poor dog was diagnosed with Anaplasmosis, a trick-borne disease, and received medication. Helen was now safe at the “Howl of a Dog” shelter. She was given a bath, probably her first bath in many years. A new chapter now began for Helen. She was safe and happy now.

After a month, when the innocent dog went to the vet, the investigation results showed that she had recovered. Helen loved to go out on walks and now had a pleasant temperament. She was friendly with everyone and was very well-behaved. Helen was around 7 years old, and it was heart-breaking that a dog like her had to live on the streets for so long. However, she soon found a fantastic family in the Netherlands who adopted her.