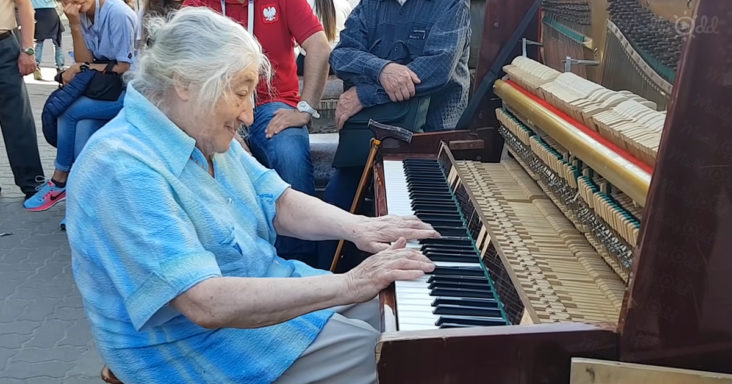 Beside a fountain in a public space in Russia, there was an old piano a senior lady decided to sit down and play on. When she started to perform, everyone immediately recognized she was an incredible pianist.

Footage of her playing blew up on the internet, and people found out that her name was Eleonora Arkadevya Breslav. She grew up in Kazan, Russia, and she graduated from the music college of Kazan in 1953. 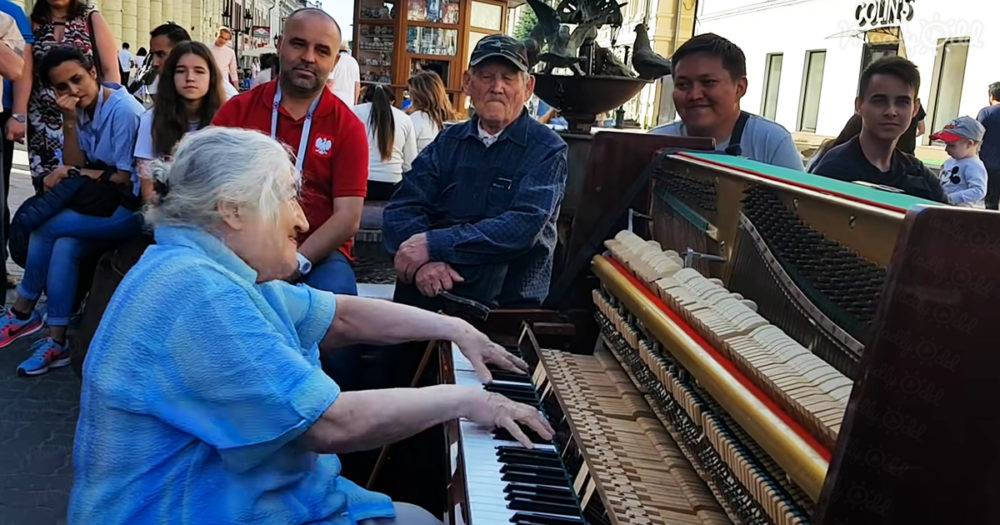 For her solo performance, she played Franz Liszt’s ‘Rhapsody No. 2.’ Beside her, she rested her cane on the piano as she took her seat and began to play.

Her fingers were remarkably nimble and deft. She attracted a large crowd that stood around her and watched in stunned silence. There wasn’t a single key or note that was out of place.

Eleonora showed that music and skill can only get better with age. She performed as if she was in a concert. Despite the condition of the piano, her music was nothing but phenomenal.

The crowd cheered for her when she finished. Eleonora gave a humble bow and had the purest smile on her face as she looked over the adoring people around her.