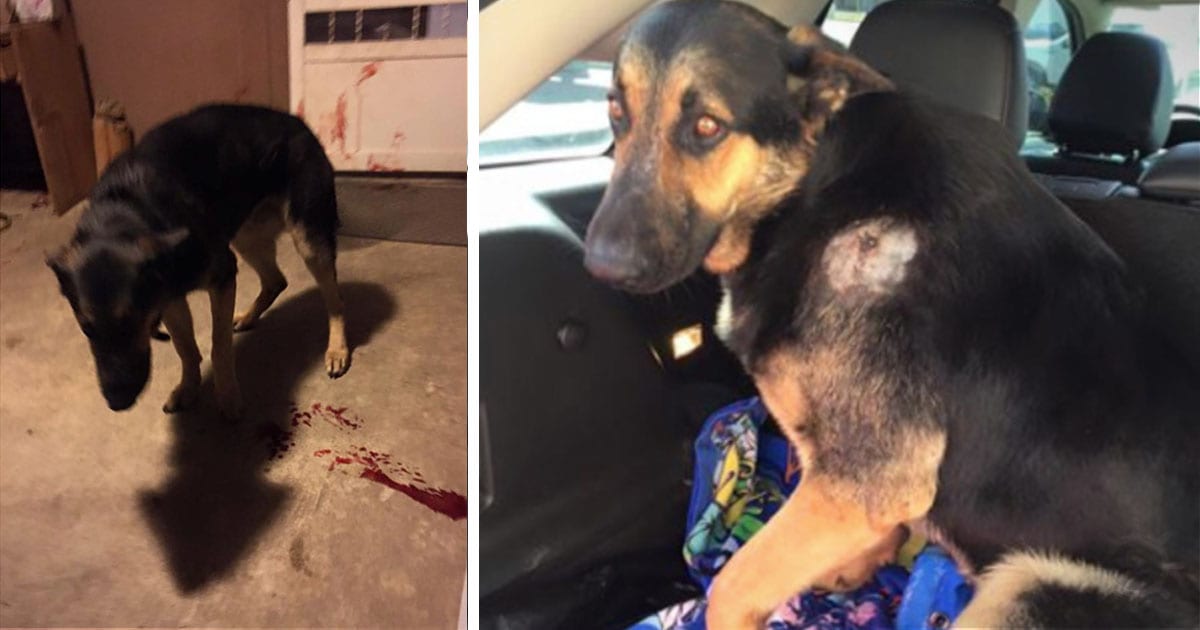 The mission of every police officer is to protect the public. The vast majority of cops do exactly that, and with remarkable professionalism. Lamentably, there are exceptions. This story is about just one of a growing number of instances where a police officer inappropriately shot a family pet.

After church one day, Angie Laymon and her family came home to a nightmare. Bruno, their beloved German Shepherd, was lying on the porch, bleeding heavily. There was also a note taped to the front door that explained what happened. The local police were called to the neighbors’ house to deal with a disturbance. A sheriff’s deputy went to the Laymon house and feeling threatened by Bruno, shot him and left him there to die.

As Angie said in a social media post: “Senseless… unnecessary… avoidable. The dog was 100 yards or better in the interior of my property doing his job. Now it will take thousands of dollars for surgery to remove the bullet and save his life. The deputy had multiple options at his disposal…. get back in his car, use mace, get medical care for the injured animal that was suffering. Tomorrow I will begin what I believe is going to be an uphill battle to get Rogers County to bear the cost of medical expenses for my dear Bruno, who was only protecting his own turf.”

Angie rushed Bruno to the animal hospital. The vet said the dog only had a 50-50 chance of survival and would need expensive surgery. This might have been a death sentence, but the family managed to raise enough money for the operation. Bruno’s life was saved, but he lost the use of his legs.

Shocked by this police officer’s conduct? Let us know what you think in the comments at Facebook. Be sure to like and share: one way to put out the word that pets are like family members and deserve better than this!