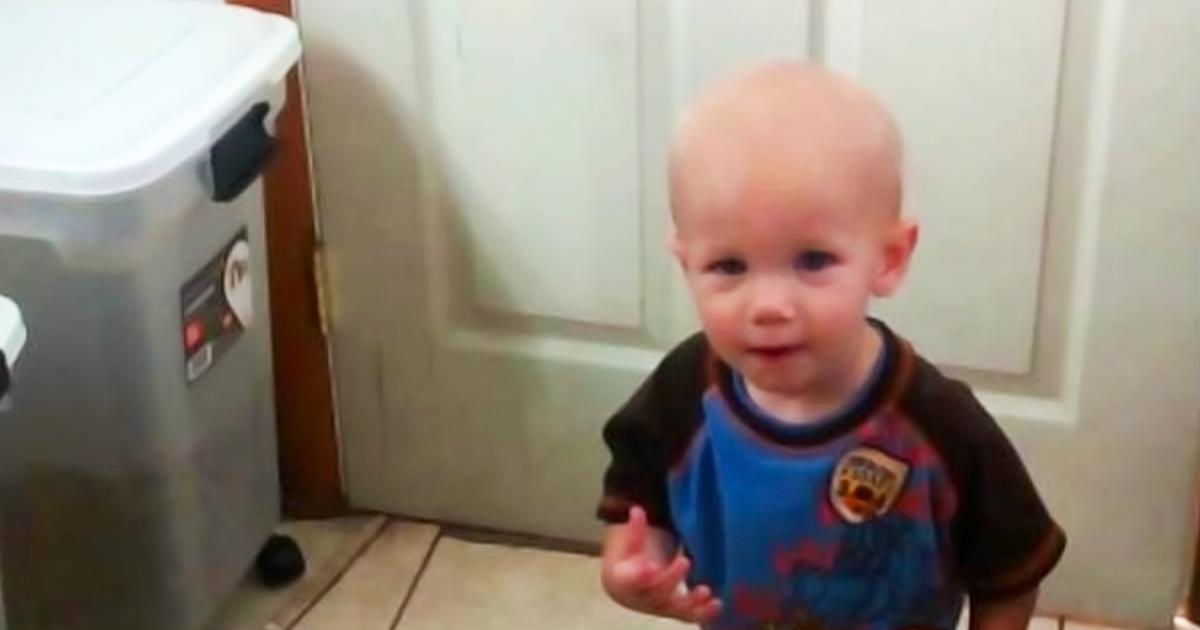 There is a special bond that forms between pets and children. Very quickly, kids and pets join together in solidarity. If they aren’t trying to get away with something behind your back, they are trying to do it right under your nose. They will make messes together and then blame each other so that no one gets in trouble; they are constantly in cahoots. But one thing is for sure, as soon as you start paying attention, you won’t be able to stop yourself from laughing at some of their antics.

When this Mum noticed that her pups were getting extra food between mealtimes, she decided to investigate. So she wisely decided to follow her toddler when he was headed to where the food was. 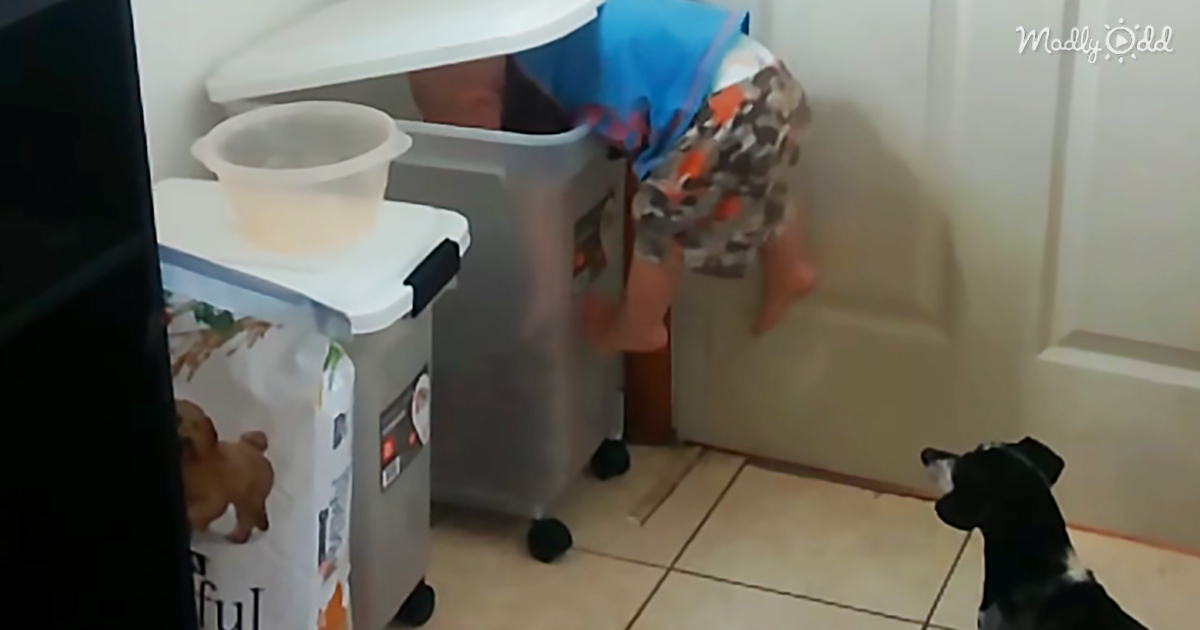 The adorable toddler was almost entirely in the food container as he grabbed as much as he could to toss on the floor for his canine buddies. Two dogs were waiting for him, so I am pretty sure this is a common occurrence.

The sweet toddler even tried a little of the food himself, though, at mom’s advice, he did spit it out (not to worry, one of the pooches was happy for more, slobber and all). While mom knows why the dogs aren’t eating all their dinner, I am sure she found it adorable how her son was getting his buddies some treats. A video to surely make you smile. 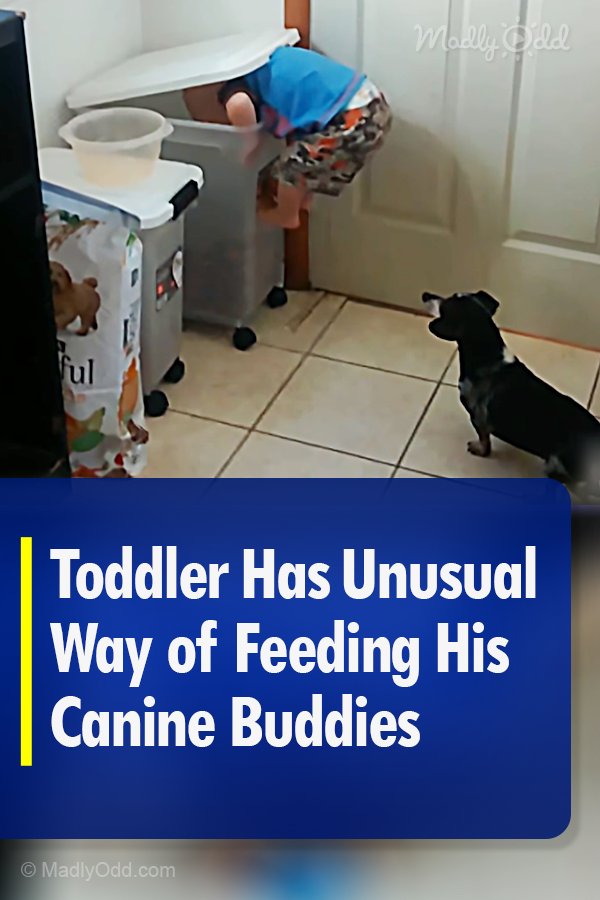