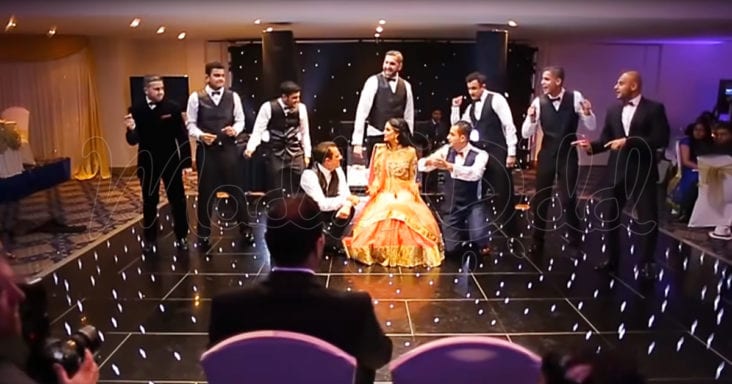 Seven brothers, aging from 15 to 46, spent 6 hours rehearsing a dance for their sister’s wedding day. They danced to 9 songs total and even serenaded their sister in the middle of the dance floor for one of them.

The dance started off with the brothers facing away from the bride and groom. The audience could tell the brothers had masks on but nobody was prepared for the Lion King theme song to start playing. When they turned around, they all had lion masks on.

The masks weren’t the only props used in the dance. The brothers each donned a white hat while they danced to Michael Jackson’s “Smooth Criminal.” One bother even wore a pink headscarf as they danced to an Indian song titled “Kajra Re.” He gave the scarf to the groom as they transitioned to the next song.

That next song was “Single Ladies.” It had 2 simple props: pieces of paper to let the crowd know one of the brothers was single. He took the limelight to dance for the first part of the song while other brothers surrounded him.

There were dances that didn’t include extra props are signs, too. In one such dance, the brothers danced to “Jump on it” with incredible energy. In many songs, such as that one, they kept familiar dance steps.

The most adorable part was after it seemed like the mashup had ended. The brothers surprised their sister and asked them to join them on stage. They sat her in a chair, as she looked both nervous and excited. The brothers surrounded her, danced, and lip-synced to One Direction’s “That’s what makes you beautiful.” 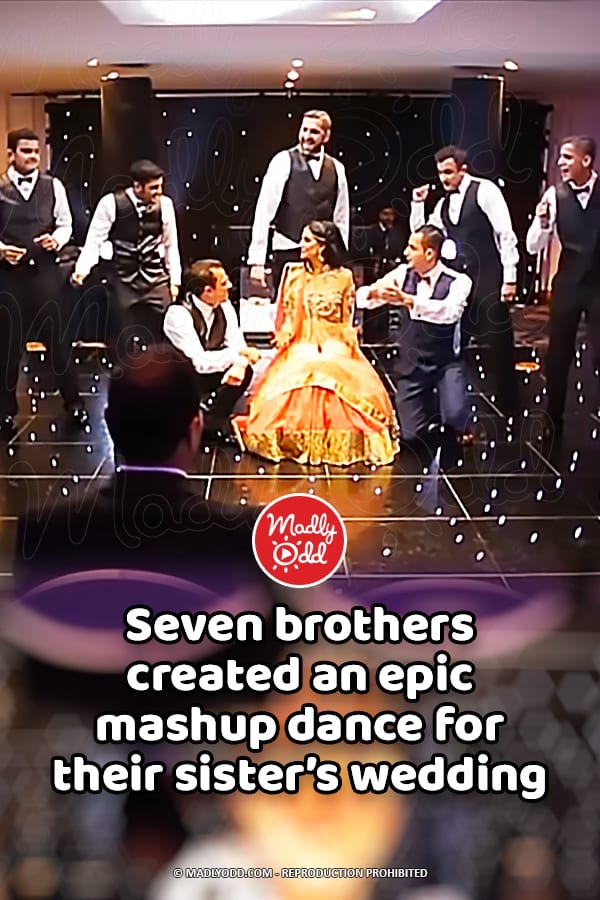