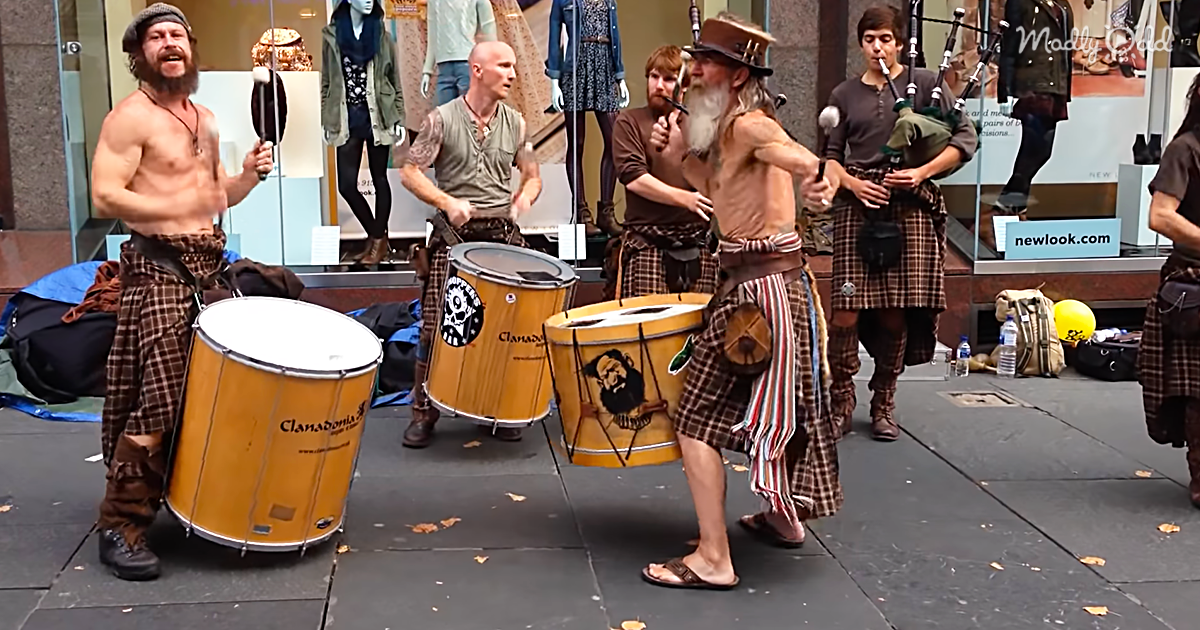 Clanadonia is taking traditional Scottish music and transforming it into something electrifying, current, and contemporary. These seven driven musicians have been entertaining for over twenty years. Each of their unique performances features Clanadonia clad in Scottish outfits while raising a melody & beat with the help of large drums and bagpipes.

Passersby on the streets of Glasgow were awarded a performance unlike any other. The way that these artists raise the temp while keeping to their roots with their not-quite-traditional act is inspiring. The sheer level of emotion will make you want to join in, bouncing to the beat of a song that’ll shock and amaze any Scot.

This drums & pipes band has reinvented their ancestral music, infusing the timeless sound of Scotland with their distinctive upbeat tempo and melodies. The level of enthrallment seen on each of these performers rewards one with a show that’s just as captivating as their musical talent. Their joy of performance can be felt in every bar.

If you live in Scotland and are looking for one of the most spectacular traditional acts you could ever hope to find then Clanadonia are your only option. There is no other performing group that manages to put forth a creative expression of culture that’s as catchy, happy and as proudly Scottish as this.

If you’re looking for a high-energy performance that’s going to make you crave more Scottish drums & pipes, then look no further than this excellent street show by Clanadonia. With one album out and a fondness for live shows, the only better way to see their skills is to watch them in person. Scottish street music doesn’t get better. 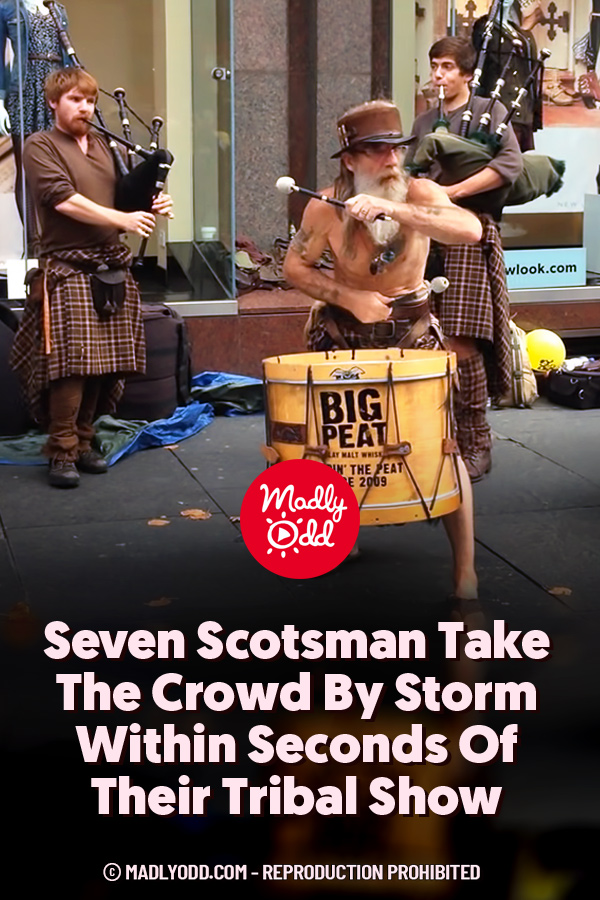