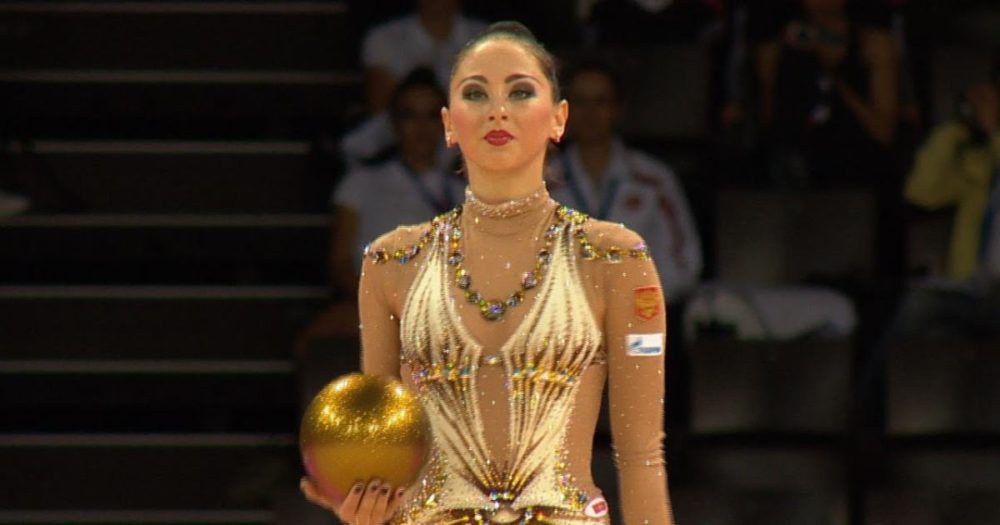 Rhythmic gymnastics is a type of gymnastics where an individual or a group performs a routine that is set to a particular music. It can include dancing, acrobatics, and apparatuses. The props that could be featured in a routine are balls, ribbons, hoops, and clubs. Rhythmic gymnastics requires a whole lot of flexibility, strength, and focus.

This video is from the 2011 World Championships which was held in Montpellier, France. Daria Kondakova from Russia is seen performing in the qualifications round involving a ball. Her performance is captivating to say the least.